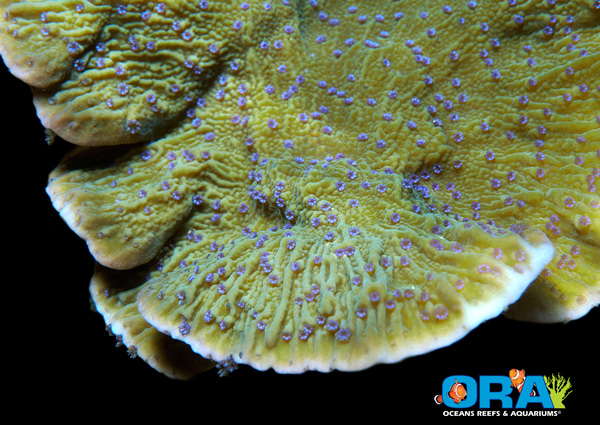 Oceans Reefs and Aquariums has apparently snuck a new coral onto the captive grown marketplace. A little more than a week ago, ORA announced on their blog that their new blue polyp Montipora capricornis would be showing up in the aquariums of your favorite LFS. The cap is said to be a fast grower that forms overlapping flat plates. In terms if coloration, besides the neon blue polyps from which the coral gets its name, this Monti also sports a deep green skeleton that helps those vibrant polyps to really stand out.