Trending
You are at:Home»Aquarium Livestock»Picture of the Week, Humphead Glassfish 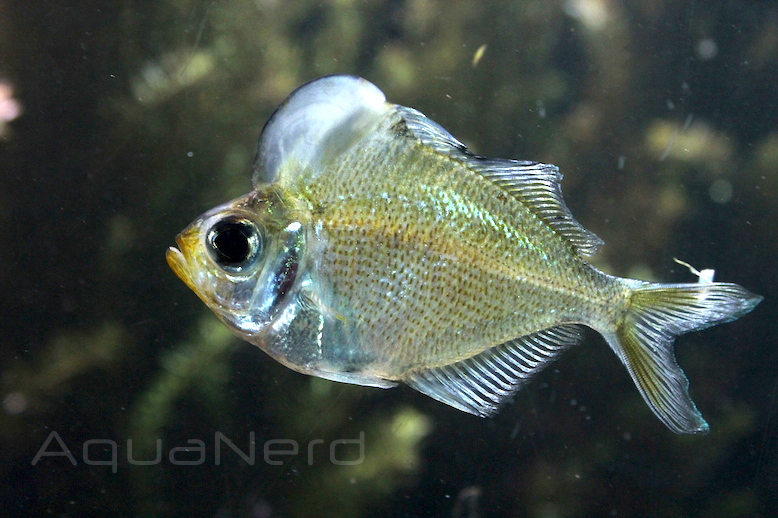 We are shifting this week’s AquaNerd POTW away from our usual salty side to indulge the freshwater realm of our hobby. The reason for this departure from our norm is the fact that this fish is just so odd looking. Called the humphead glass fish, for obvious reasons, this specimen hails from Myanmar and is fairly new to both the scientific and aquarium communities.

The humphead glassfish was discovered in the early 2000’s and features an elaborate hump created by a modified first dorsal spine. Males have a more elaborate hump, which is no surprise, but females also share this trait to some extent.

This fish was photographed at the Houston Zoo.