Trending
You are at:Home»Aquarium Livestock»Picture of the Week, Rainbow Plate Coral from MACNA 2013 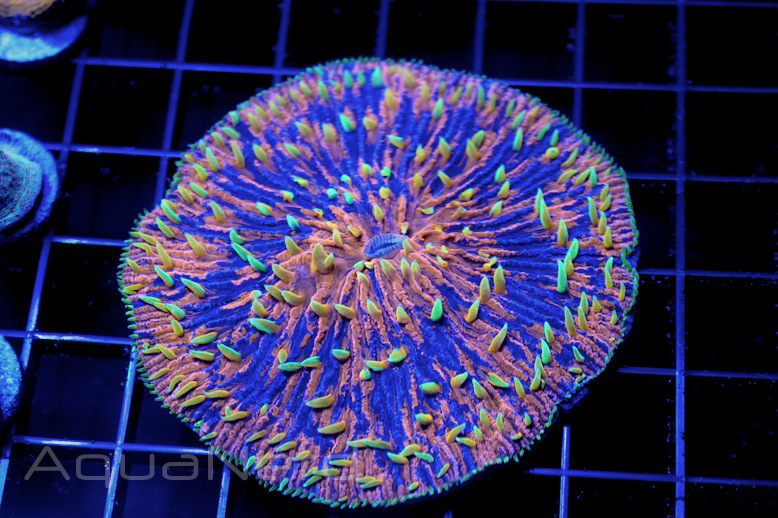 Seeing as how MACNA 2014 is going down this weekend in Denver, we are spending the whole week celebrating the event. As part of that celebration, this week’s AquaNerd Picture of the Week is a mind-blowing rainbow plate coral from Frag Junky which we saw at last year’s show in Miami. This plate was probably the best coral at the entire event, though it was in good company as the show was full of sweet corals and fish. We expect to see more awesomeness out of this year’s MACNA and will upload as many images of the coral goodies as we can.

Back to this particular coral, though. The rainbow plate coral before you wasn’t just the best at MACNA, but it’s the best plate we’ve ever laid eyes on. It sported an orange and blue/purple base that was highlighted with neon green tentacles. Toss in the occasional hit of yellow and you’ve got one insane looking piece. The coral sold on Frag Junky’s eBay page during the show and we heard it was well over $1000.