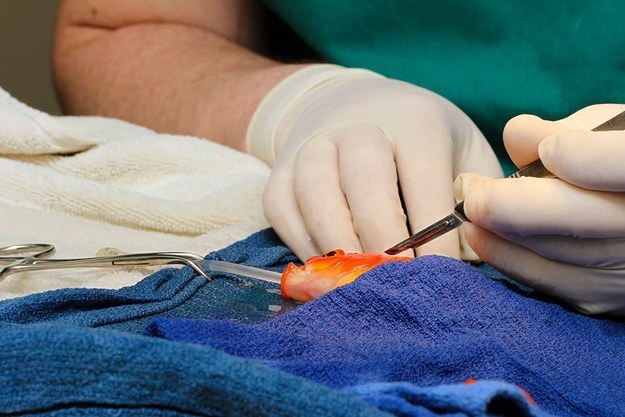 What happens when a potentially life threatening tumor shows up on your pet goldfish? Well, if you’re attached to the pet, you have it surgically removed. Such is the case for George, a 10-year-old pet goldfish that underwent a 45-minute long surgery to remove a large external tumor that was growing just behind the its head. The operation was performed by Dr. Tristan Rich, a veterinarian at the Lort Smith Animal Hospital in Melbourne, Australia.

After discovering the tumor, the goldfish’s owners just couldn’t part ways with their beloved pet. So, they turned to the vet for help. The doctor placed George into a bucket of water that contained anesthesia to prep for the surgery. The operation was performed out of water, which as you could imagine, presents a different set of problems such as asphyxiation and desiccation. To combat both of these problems, a tube was inserted into George’s mouth to move water over its gills and to keep his tissues from drying out.

After the surgery was completed, George received painkillers and antibiotics to help with his recovery. According to the various stories covering the ordeal, the goldfish not only survived the procedure but is doing remarkably well and is expected to live another 15 to 20 years under optimal conditions. 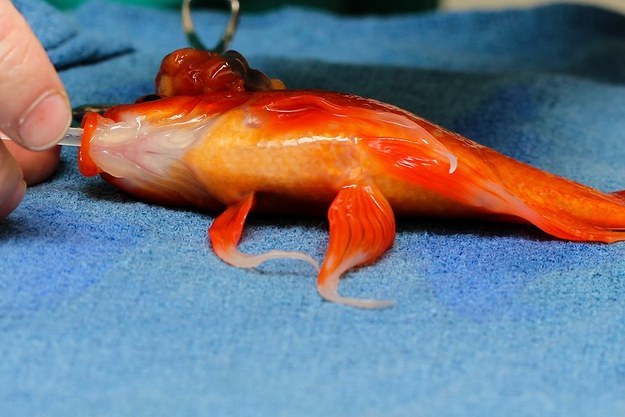 Photo and story via BuzzFeed