Trending
You are at:Home»Aquarium Livestock»This Glittery Goniopora is the Best Looking Yet 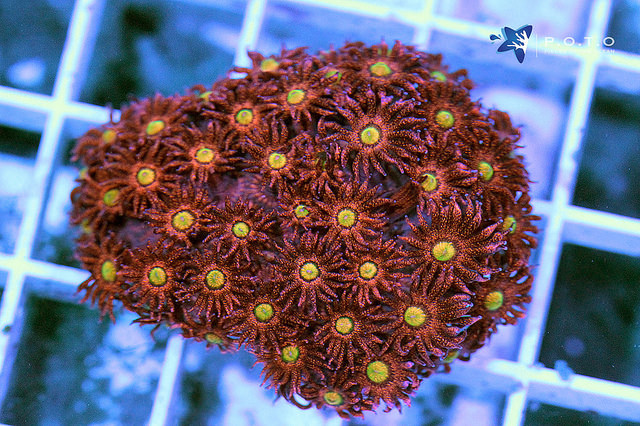 The LPS scene was dominated by green goniopora for decades. They were just so commonplace that everyone had them, or at least tried them out in their reef with mixed results. Then, along came the bright red ones and everyone was like, “ooohhh, ahhhh”. These red gonis have since dominated, as they sported vibrant reddish pink colors and occasionally a blue disc atop their tentacles. While both of those morphs are fine and all, but there’s a new color morph on the block that is set to put all others to shame. It’s a sparkling, glittery red goni, and it is amazing.

This stunning piece features reddish, almost copper colored tentacles that are infused with glitter and punctuated with those hypnotic yellow eyes. Don’t get lost in their gaze, it’s hard to break once you’re locked in. We know, we’ve stared at this image for far too long.

The sparkly goniopora is yet unnamed, thankfully, but hobbyists with a penchant for coming up with fancy monikers have offered up ideas like “Ruby Red Goni” and “Glitter Goni”. No matter what you want to call it, the coral is strikingly beautiful and would make a fine addition to anyone’s collection.

The coral comes to us from Pieces of the Ocean, who regretfully, we don’t know anything about. They appear to be an aquarium livestock wholesaler, as evident by the password required to get into their site. The coral was originally shared on Reef2Reef.