Trending
You are at:Home»Aquarium Livestock»Picture of the Week, Clownfish and Anemone 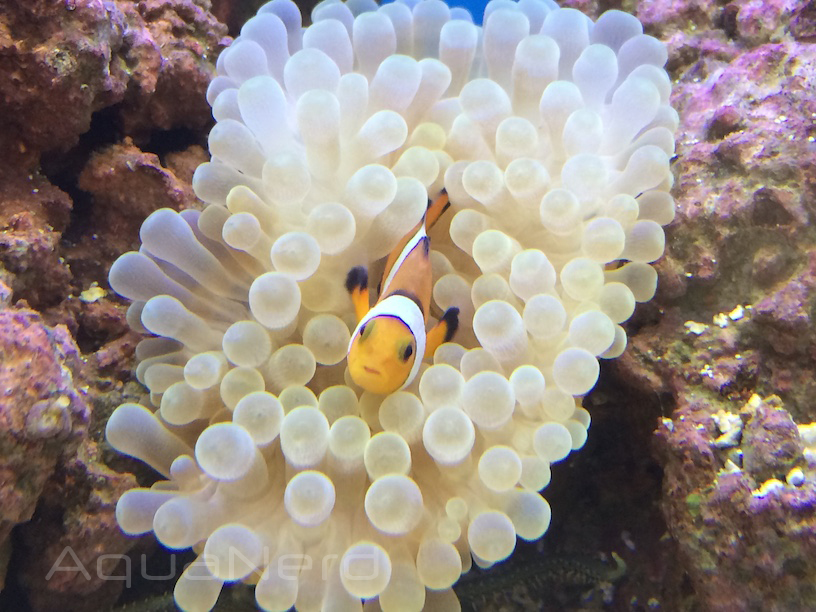 There was supposed to be a slow motion video associated with this post, but unfortunately, YouTube decided to automatically adjust the speed to a normal rate. Regardless, we can still talk about the intended subject, an anemone playing host to a clownfish. This beautiful pair was spotted at a local fish store, with the fish vigorously rubbing itself on the tentacles of the anemone and defending it from any other clowns that wandered too close. The clown would dart in and out of the safety of the tentacles, never straying too far that it might lose its spot to a competitor.

In the video, we had used the nice slow motion feature of the iOS software, which made the clownfish appear to move so slowly within the tentacles. Unfortunately, the clip looks like a hyper active clown beating up the anemone…which happens in real life too in many situations.