Trending
You are at:Home»Aquarium Livestock»Picture of the Week, Unicorn Tang 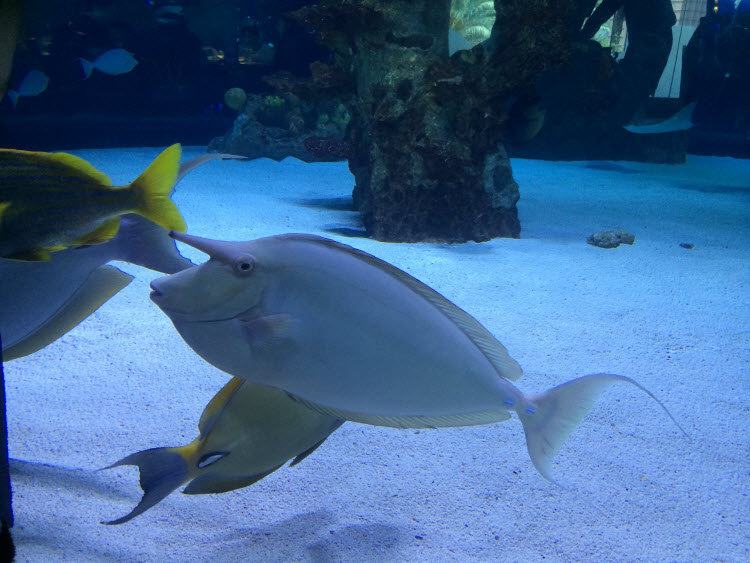 Unicorns may be deep seated in mythology, but the aquatic version is very much a reality. The unicorn tang (Naso unicornis) is quite the majestic fish. Not only is it massive and almost totally white in color, but it sports a huge unicorn horn sticking straight out of its head. As if that weren’t enough to catch your eye, the fish also has huge streamers coming off its caudal fin. Combined, these two features show who the dominant fish is on the block, and there is few others that could successfully push it around.

We spied this fish at the Downtown Aquarium in Houston, a seafood restaurant that has a massive saltwater display. In the tank with the unicorn tang are numerous other reef fish, as well as gigantic grouper that make short meals out of pretty much whatever they wanted.