Trending
You are at:Home»Aquarium Equipment»The Wally is a Leak Sensor That Would Work Great for Aquariums 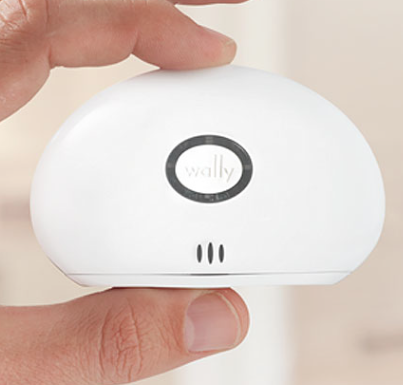 Aquarium automation and home automation often go hand in hand. While the devices might be designed for different uses, they often serve the same purpose. Case in point is the new leak detection device called Wally. While it doesn’t monitor pH or turn on your  slights, it can be useful in those tight spaces where leaks could occur.

The system is really simple. It features a hub unit and up to six sensors that can be placed anywhere in your home. The idea is that a single sensor could be placed under each sink, but for aquarium nerds like us, one can be placed under each aquarium. If a leak occurs, the sensor detects the water and transmits the information to the Wally Hub, which then sends the signal to your wireless device, like your smartphone.

The Wally is sold in a single bundle for $299 (one hub plus six sensors), or as individual components. The hub alone is $125, with sensors topping out at $35 each or a six-pack for $199. While a well-equipped aquarium controller with a leak sensor will set you back about the same price and perform so many more functions, not everyone wants or needs a full blown aquarium controller and with the Wally bundle you can monitor six different areas for a leak.

For more information on the Wally leak detector system, be sure to visit WallyHome.