Trending
You are at:Home»Aquarium Livestock»Master Krakatoa Going for $500 Per Polyp 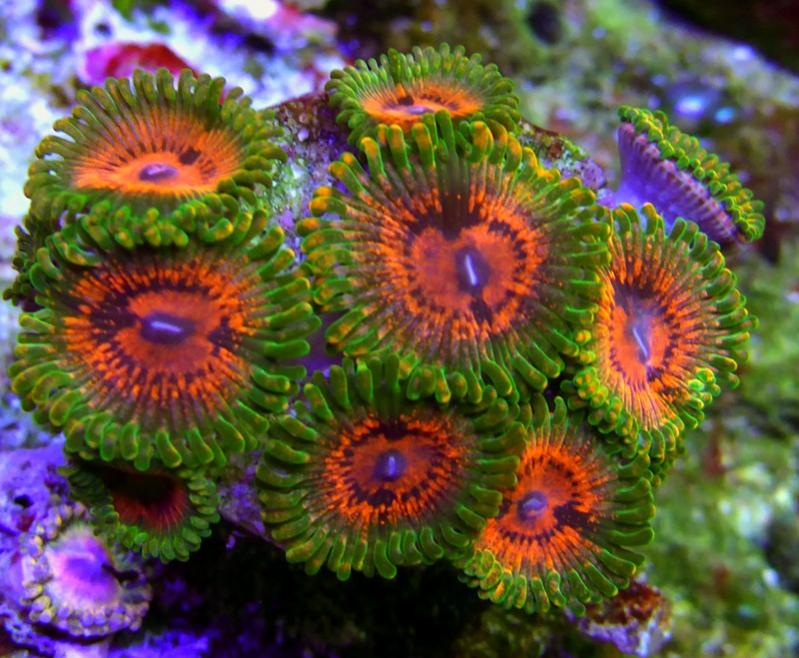 We have seen plenty of exorbitantly priced corals in our day, especially having lived through the Reef Farmers naming craze that led us into the 21st century and the Aussie Acan trend that continued on well into the 2000’s. In today’s aquarium keeping society, Acans and high-end Acros may have taken a bit of a backseat, but there are still plenty of pricey corals to chew through your wallet. Case in point, we present the Master Krakatoa polyp, a hot little number that was recently posted by Neptune’s Cove over on Reef2Reef.

According to the thread, the crew at Neptune’s Cove has been waiting patiently for these corals for two years. Apparently, a  mini-colony of the original Kraks was made available, so they pounced, and now they’re preparing to spread them around the hobby but at a far more generous price than they originally commanded. Back in the day (which isn’t all that long ago in the world of coral trends), two polyps frags of the Krakatoas have been sold on eBay for $2300! Despite the demand, Neptune’s Cove is going to let them slide for a measly $500 per polyp.

If that’s the case, I might as well take three or four.

Going beyond the name and the price, these polyps are pretty awesome. They have sort of that Darth Maul/Armor of God/Devil’s Armor look to them, but sport a greenish skirt that really separates this polyp from it’s pseudo-look-a-likes. Add in a touch of red to the skirt surrounding the oral disc and you’ve got a real looker. In fact, we love these polyps.

As for the price, sure, cutting everyone a deal and selling the coral for more than 50% off is pretty awesome, but dang, $500 per polyp is a tough sell, at least for me. Sure, there are tons of people out there willing to pay this and more for this particular coral, or any one of a number of different corals. We aren’t knocking the practice, necessarily, as we are big proponents of the free market and letting things play out on their own. We are just surprised to see a single polyp going for that rate and people being legitimately excited about it.

So what do you think. Are the Master Krakatoas worth $500 per polyp? Is that a steal or are coral collectors out of their minds?