Trending
You are at:Home»Aquarium Livestock»This Rainbow Plate Coral is Beyond Psychedelic 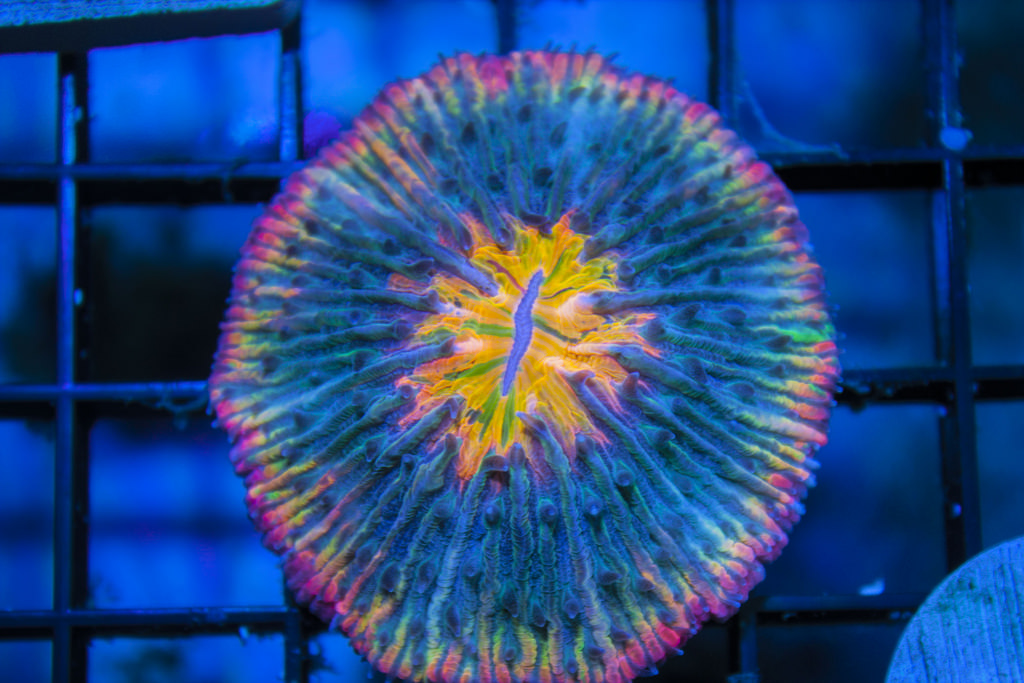 Here’s a lovely piece of eye candy to help get you through the day. It’s one fantastic plate coral, and it was posted in the Exclusive Corals page over on Reef2Reef. Sadly, this coral has already been sold to someone on the West Coast, which is understandable since the post is over two weeks old. Still, this rainbow plate, which has been called the ‘Psychedelic Plate Coral’, is a knockout that is worthy of praise. This particular piece is a bit unlike the rainbow plates that we’ve featured before. Instead of sporting varying colors mixed all throughout, this coral has a neon orange mouth surrounded by a vast expanse of dark blue and capped off with a rainbow ring. It’s eerily awesome, and overall, we spy at least five or six different colors, again mostly being housed in the outer ring.

There’s no word on how much this plate sold for, there’s a good chance it approached four figures (high estimate).