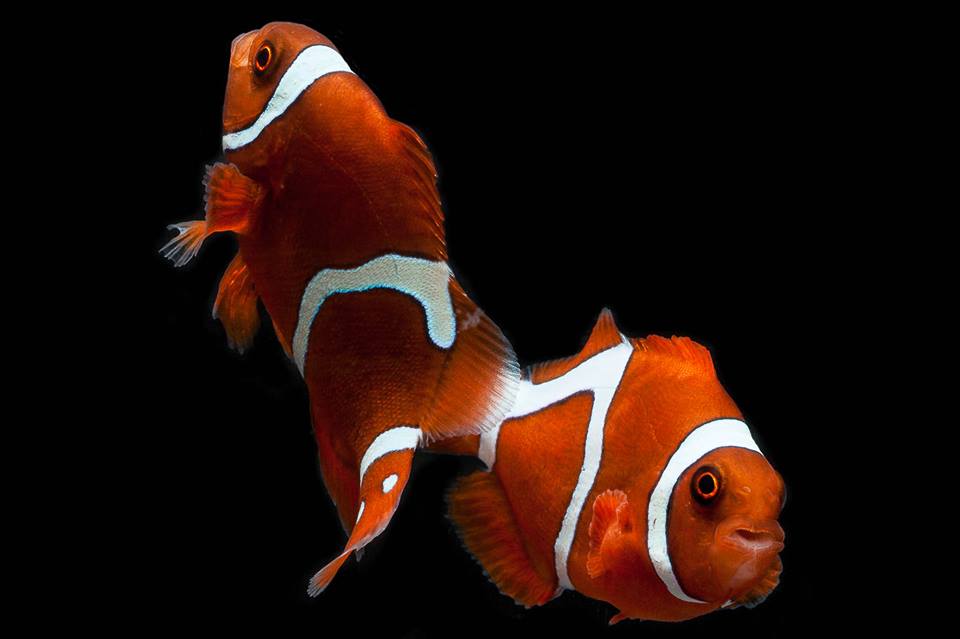 Here’s some exciting news for clownfish enthusiasts. Segrest Farms, a wholesale livestock company in Florida that covers everything from marine fish to reptiles, announced yesterday the availability of their new Gold Rush Maroon Clownfish. Unfortunately, all that accompanied the announcement was this fabulous image, but it speaks volumes about what’s going on with this fish. Obviously, being a maroon clown, it’s of the species Premnas biaculeatus, the only recognized species of maroon clown. The main attraction to this particular morph is the horizontal bar connecting the second and third vertical bars, which varies from fish to fish and even from one side to the other of the same individual.

The confusing part about this variant lies in the name. Segrest Farms wrote that the bars are white, which should exclude the Gold Stripe Maroon. That said, they named the fish Gold Rush Maroon, which to us makes more sense if the clown is of the GSM variety. But, we think the name is a modeled after that of the Goldflake clownfish, which bares similar markings that change from white to gold as the fish matures. So, in all likelihood, it is a white stripe maroon clown variant that has very similar patterns to the Goldflake, just not the same color.

Regardless of the name, the fish is certainly fashionable. The extended horizontal lines are are just enough of a breakaway from the usual look to make the fish different, but not over the top. As far as their availability goes, Segrest didn’t say when the fish would be shipping out to retailers, but we believe they are currently shipping or will be very shortly. So, keep your eyes peeled at your local fish store, because they’re coming sooner or later.