Trending
You are at:Home»News»Aquarium Store in Iowa Tragically Burns to the Ground 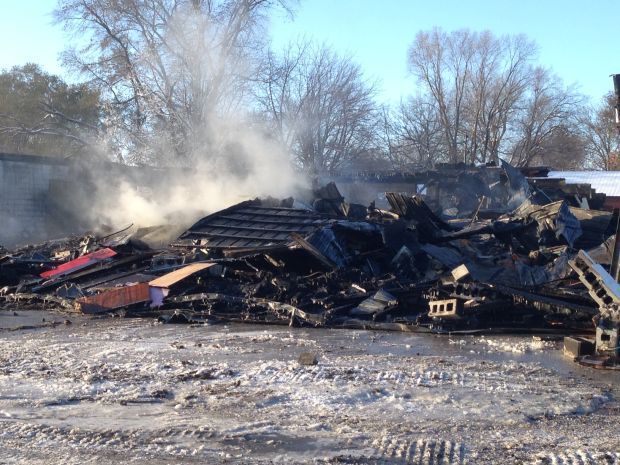 It is with sad news that we report the utter devastation at a fish store in Iowa. Anemones, Clowns and Corals reportedly caught fire sometime early Monday morning, prompting the response of five different fire departments, who unfortunately couldn’t stop the blaze from leveling the building. The fire was first noticed around 1am, but by the time the firefighters were able to get there, the building had become unstable and the fire had to be fought from the exterior only. Eventually, after unsuccessful efforts, the fire crews pulled back entirely to let the fire burn itself out. The neighboring buildings were not damaged in the fire and nobody was hurt.

As for the store’s owner, if you’ve been to a MACNA conference or do a lot of interacting with fish geeks on social media, then chances are you’ve met him. His name is Craig Johnston, and he’s one of those well-connected, all around nice guys that you just hate to see this happen to. Our thoughts and prayers go out to him, his family, and the staff of Anemones, Clowns and Corals. We hope for a quick rebound (if that is the plan), but are just so happy that nobody got hurt. Of course, we are saddened by the loss of the aquarium livestock, as the store was stocked at the time and nothing is said to have survived.

For more information on this tragedy, be sure to visit the story on WCF Courier.