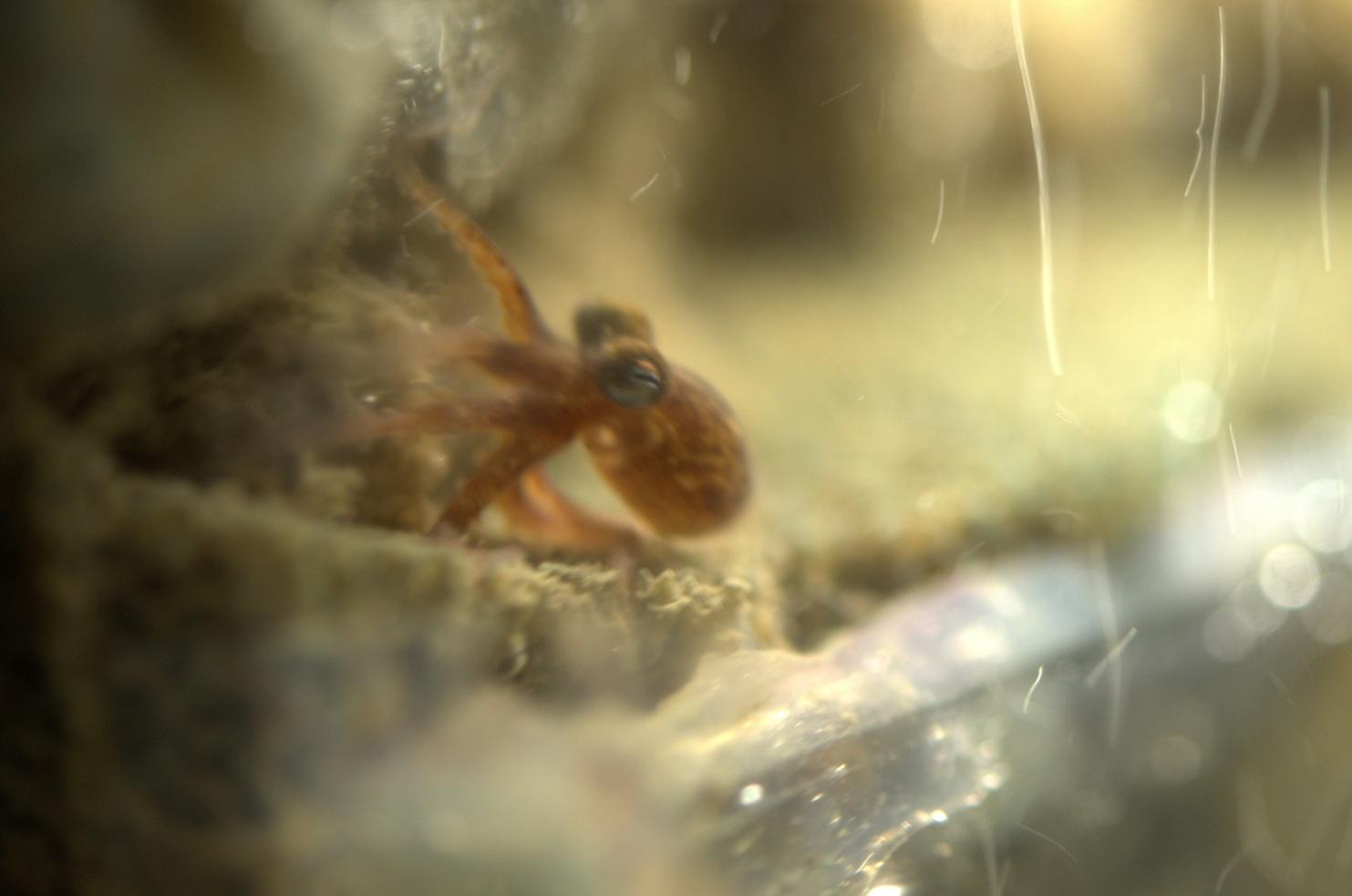 Speaking of hitchhikers, we think we have found the coolest one to ever accidentally find its way into an aquarium. Reef2Reef user “Nikki.Werr” started noticing something unusual in her sump one day. The shells of snails, small crabs, and hermit crabs started to pile up in a little spot, which spurred thoughts of an aggressive gorilla crab or some other invader that was wreaking havoc in her system. While she did discover the culprit, to her surprise it wasn’t a nasty crab. Instead, she found a teeny tiny octopus prowling the live rock.

Nikki lives in the Dominican Republic, and according to her post on Reef2Reef, she collected live rock fom a local area called Ocoa Bay. So, her situation is a bit different from what we experience here in most parts of the US, where live rock is typically imported from far away places. That said, hitch hiking octopus are not all that rare. We have heard a handful of stories over the years involving a hitch hiker octopus, but since they are not the norm by any means, we decided to share this fun little story.

The octopus has been named “Megamind” after the large headed alien character from the movie of the same name. To follow this story and see more photos, hit up the Reef2Reef link in the paragraph above.