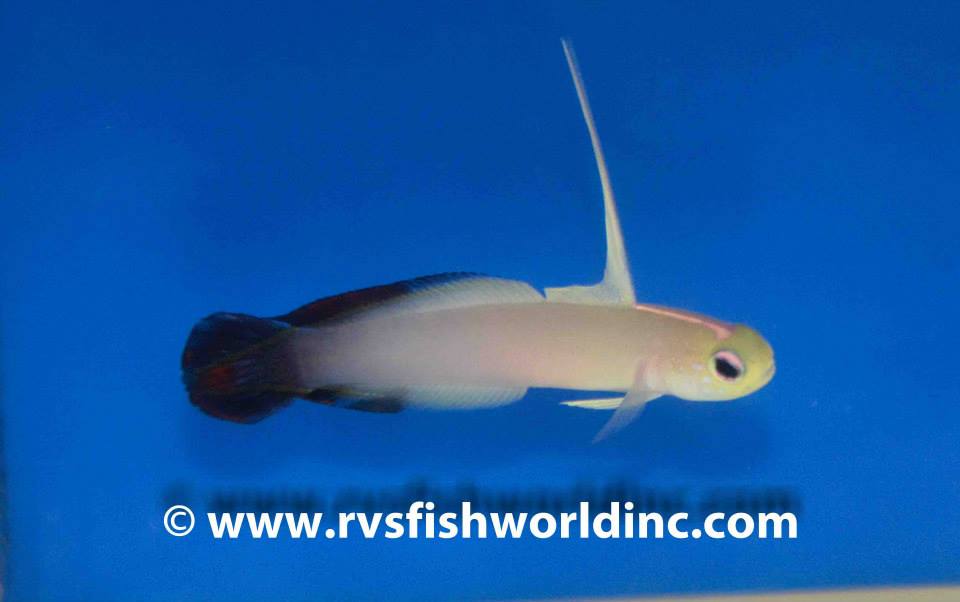 We love firefish gobies. I’m not sure why the fascination, but there’s no doubting that it is there. Maybe it’s because they were some of the first fish we kept, bringing up that nostalgia factor. Or maybe it’s because they are simple, elegant, and friendly fish. Regardless, red firefish are great, and this recent find from RVS Fishworld only builds upon that notion. They recently showed off an aberrant, black-tailed red firefish goby on their Facebook page, and it truly is a unique find.

This lovely Nemateleotris magnifica sports the usual coloration, but only the anterior portion of its body.  The tip of the head is yellow, fading into a soft white that covers a majority of its body. On its back half, however, the usual red coloration has mostly been replaced with a dark, rich black color that adds a whole new dynamic to the fish’s allure. 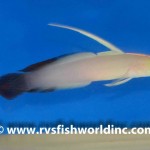 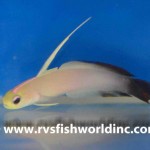 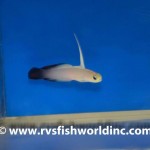 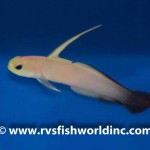 You can vaguely make out hints of the red coloration that is typically found with this species, though it is very minor and shows up only in random splotches in the tail.

The black-tailed firefish really is a unique, one-of-a-kind fish that we will be drooling about for quite a while. It is also the best way to kick off our addiction this new year.

Most of the general information about this fish was left off of RVS’s Facebook post. They only deal to wholesalers, so it’s likely this fish will fade back into the supply chain only to (hopefully) surface somewhere else down the line.