Trending
You are at:Home»Aquarium Livestock»Chocolate Tang Found and Removed from Florida Waters 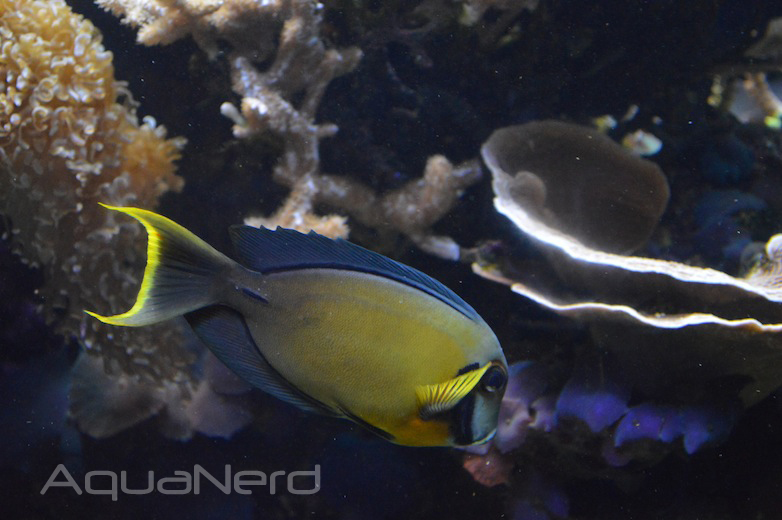 Here’s a new report of yet another non-native marine fish showing up in Florida, though we highly doubt this one will reach the epic invasive levels of the lionfish. According to a recent article by Ret Talbot, divers for the Reef Environmental Education Foundation (REEF) have reported the first ever sighting of a chocolate mimic tang (Acanthurus pyroferus) in Florida. According to the REEF press release, the fish was spotted under a bridge in Palm Beach County by volunteer divers back in November. The fish was spotted again a few weeks later, with this second encounter resulting in its successful capture and removal. This events marks the third successful removal of non-native fish by the REEF organization.

Despite its non-native status, the chocolate tang didn’t get the same treatment as its fellow non-native, the lionfish. Where the lionfish has been hunted down and killed in cold blood, and rightfully so, this surgeonfish was donated to the Ripley’s Aquarium of Canada, where it will go on exhibit for public display. That seems like a long way to ship a fish when plenty of local facilities could easily accommodate. We only mention this because organizations like REEF could better spend their time diving and spotting/removing non-native fish instead of coordinating some cross-country fish transport. Regardless, organizations like this are providing a stellar service that we only hope increases in its scope and reach.

It is believed that this fish is a castaway of the aquarium trade, a growing issue in Florida and Caribbean waters. REEF indicates in their press release that the aquarium trade is blamed for a huge majority of the thirty-plus species of non-native fish showing up in Florida coastal waters.

For more information on this incident, check out Ret’s blog (link above) or the REEF press release.