Trending
You are at:Home»Aquarium Equipment»CoralRX One Shots Are Back in Action After Re-release 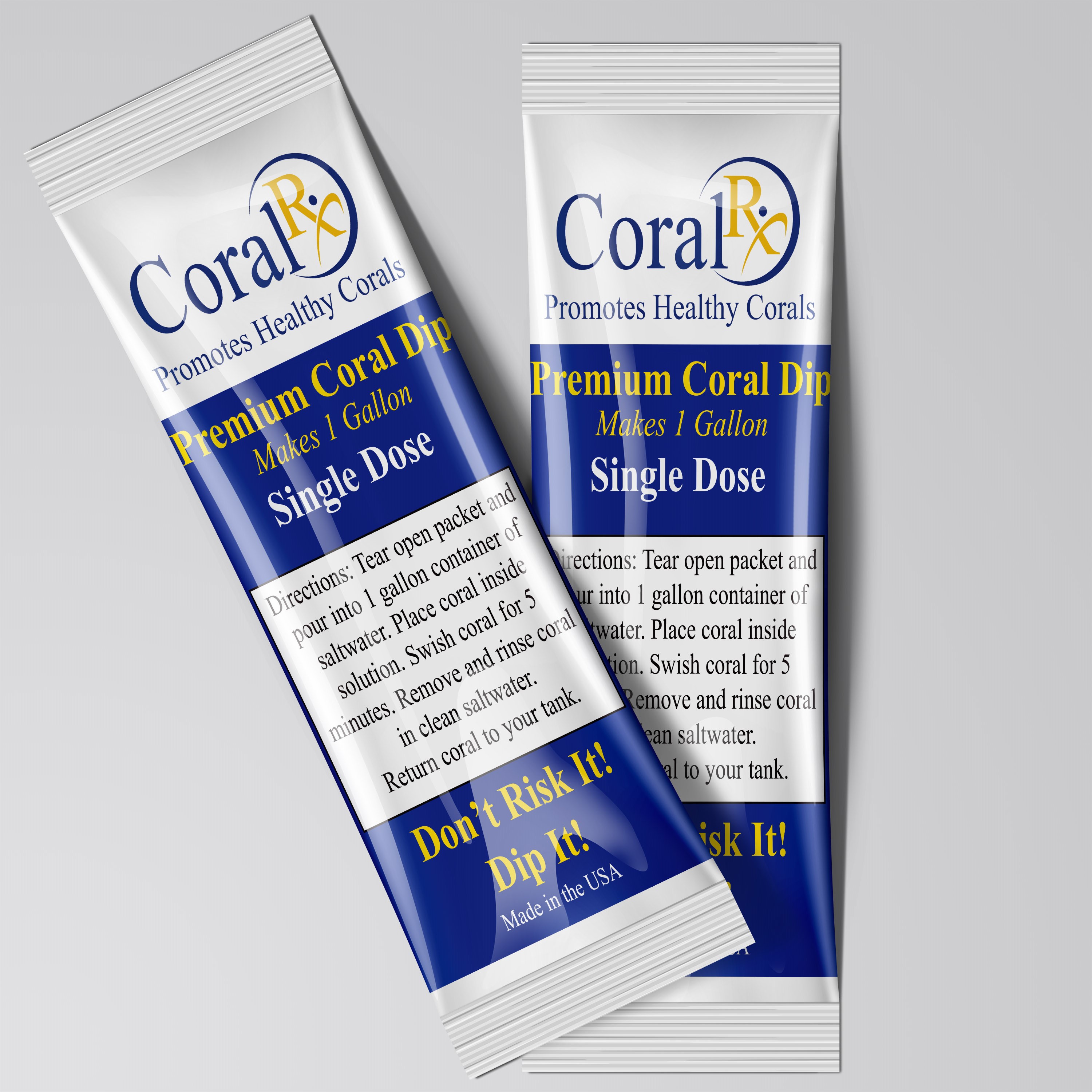 After an apparent hiatus from the aquarium hobby (I say hiatus because of the “re-release” verbiage used in the promotional material), the One Shot single dose coral treatment from CoralRX is back and better than ever. These tiny little packets serve as a single dose coral dip that treats a wide variety of common issues (see the list below). And now they are in a much easier to use packet. Previously, the One Shots came in small glass vials, which weren’t always the easiest to open or the safest to handle. Thankfully, the CoralRX team was able to get the same great product into an easy to open back that won’t puncture a finger in the process.

So how does this dosing regimen work? It’s super simple. Anytime you get a new coral and want to kill off any potential sources of death and destruction before it enters your aquarium, just dump in a packet of this stuff into the acclimation water and wait for the solution to do its thing. We highly recommend following the instructions. Or, if the tank has already been infested, use the One Shots to individually treat colonies or frags in the tank by pulling them out one by one for a quick dip. Obviously once the tank has been infested, one off dips won’t cure it all, so it’s good to quarantine all of the affected corals. For quarantining purposes, just do your regular One Shot dipping for any corals moving back and forth between the display tank and the QT setup.

CoralRx is Independently Tested* to remove many of the “hard to deal with” coral pests like:

Aids in the treatment of:

Please Note: CoralRx should’t be used on fish, shrimp, crabs, snails, clams or other invertebrates. We have not tested CoralRx’s effectiveness on Acropora Red Bugs.

*CoralRx was independently tested by Andrew Lynford, M.S. in Biology from Hofstra University. This investigation attempted to quantify the efficacy of three chemical flatworm controls: Flatworm Exit, Coral Rx and Povidone. His research is available in a featured article published in Advanced Aquarist, April 2009.

Special thanks to the crew at CoralVue for cluing us on in the re-release.