Trending
You are at:Home»Aquarium Livestock»Invasive Plecos Find Their Way into Texas Waterways 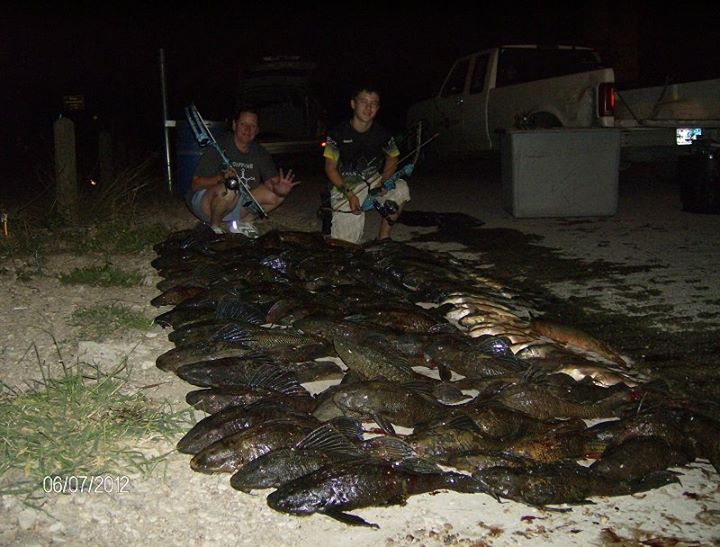 When you glance at this photograph, the first thing that might come to mind is you see two guys who probably just illegally caught a whole mess of fish. This sort of sight is quite common these days, especially with the boldness of social media postings, but this story has quite a different outcome. While the two gentlemen in the photo did catch and ultimately kill the fish, it turns out they were actually doing the world a favor.

If you know anything about aquarium fish, then you probably recognize that these fish are all “sucker fish”, or Plecostomus. Since this photo was taken at Lake Dunlap in Texas and posted on the Texas Parks and Wildlife Facebook page, it’s quite obvious that these are a non-native invader.

As with many aquatic non-native invaders, these fish are likely the end product of an aquarium hobbyist, or multiple hobbyists, who chose to no longer care for their fish and irresponsibly release them into the wild. While everyone looks favorably upon the sucker fish for their aquarium cleaning habits, they obviously compete with local natives for the same resources, notably catfish and carps, among others. And being non-native, they don’t have natural predators. To top if off, plecos usually have unusual armor-like scales that really protect them from the far more dangerous predators of their native waters. Sure, a big old bigmouth bass (it sounds fun with some southern twang) could scarf down a few, the fish is obviously doing well in its new habitat.