Trending
You are at:Home»Aquarium Livestock»My, How Your Colors Have Changed 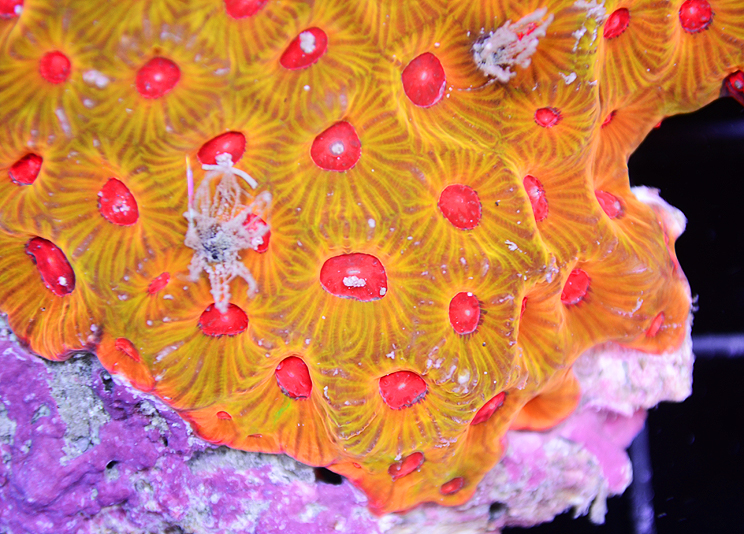 We’ve all heard of corals morphing under different lighting. That piece that looks great in your buddy’s tank looks dull and washed out in yours. Or, you get that coral that does a complete 180. You see it at the store and it looks good, but once established in your aquarium, it turns into a gem. Well, we as a community do talk about coral color changes quite a bit, and we think we have found one of the most extreme examples of such an event. Take a look at the picture above. The bright oranges, yellows, and reds make this GoodLuck Favia from The Coral Kings an absolute retina-burner. Now, scroll down to the image immediately below. That’s a totally different coral, right? Wrong! According to a post on Reef2Reef, these are in fact the same coral…or at least cut from the same coral. 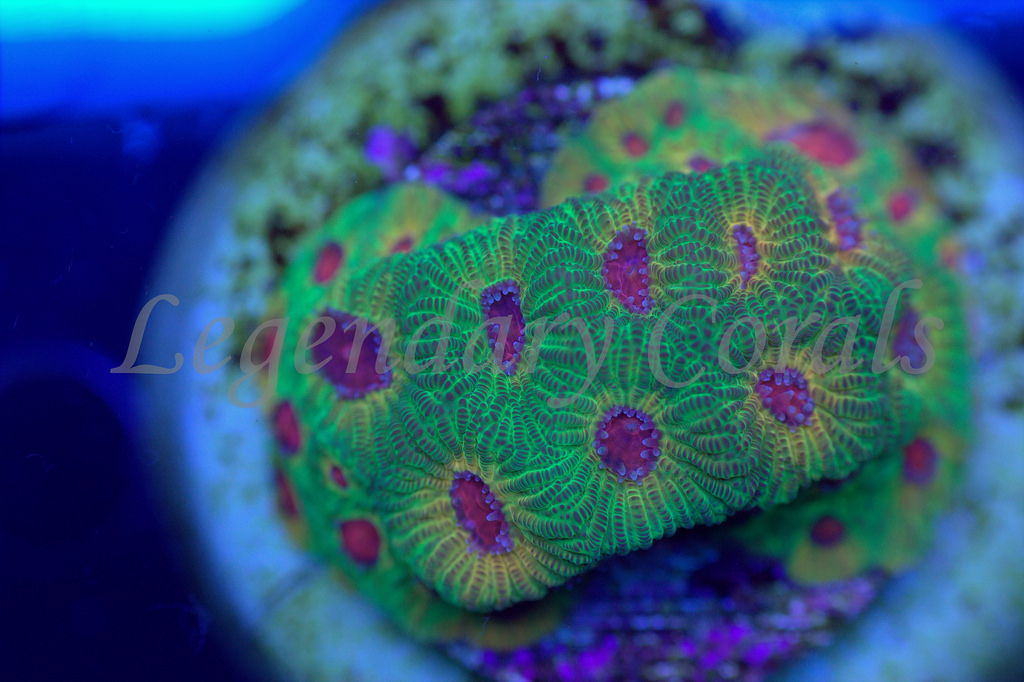 That bright, vibrant color has morphed into a deep green with just hints of that yellow. The mouths of the coral seem to be the same red, though darker and slightly more purple. Now, this green morph is stunning all on its own, but that color change is astounding, if not unbelievable.

The reason for the change is blamed solely on the lighting. The person who obtained the frag housed it under an unspecified Kessil LED fixture. This caused it to morph into pretty much what you see now, but the poster stated that the color is starting to revert back to the yellow morph now that it is under a Radion LED fixture.

Now, this post isn’t aimed at saying one fixture is better than the other. But we are blown away with how the color has responded to the change in light.

Do any of you have a coral that has morphed in this manner? We’d love to see some before and after pictures.