To continue with our T5 theme this week AquaNerd is posting an analysis from Ben (AKA jedimasterben on nano-reef.com).  Thanks to Ben for allowing us to share his analysis and observations of ATI & Giesemann T5 lamps.

So I am relatively new to the T5 scene.  I’m more an LED guy myself, but the same principles apply (it’s all physics anyway). My first T5 added were a pair of ATI Coral Plus, which are gorgeous standalone lamps. Come lamp replacement time I was looking for something with a touch more blue, but not so significant as using blue lamps, so I tried a pair of Giesemann Lagoon Blue, which, frankly, were horrific. They were described as ‘a turquoise blue color’ which I thought would be cool, but in reality it was far from it, just a drab white lamp with a slight yellow tint, it actually made some of my non-fluorescent stuff look worse, was really unimpressed with how unbalanced they were.

Fast forward a few months, I then saw in a discussion that Coralvue was the distributor for Giesemann’s new lamp line. They reworked a few of the lamps from the old D-D line and added some new ones, increased their output, and changed the name on some. I talked with Chris from Coralvue about it, and he wanted to send me a couple of them to use to see how I liked them. He originally sent one Aquablue Coral and one Actinic Blue. I personally couldn’t really tell the difference between them and the ATI Coral Plus and Blue Plus that they replaced. PAR was pretty close between them on my Apogee sensor, within margin of error (slight victory to the Actinic Blue versus the Blue Plus, and slight victory to the Coral Plus versus the Aquablue Coral).

Fast forward another few months and I again talked to Chris and he offered to send me some more of the lamps to try out, this time six in total to be able to see different combinations. This time I also purchased six ATI lamps from Marine Depot in the same corresponding colors to do a comparison to share, just getting some pictures of different combinations and getting some basic PAR numbers.

It took quite a while to get everything ready. I was waiting for a Nano Box Reef retrofit to a 6x39w ATI Sunpower to arrive, and when it did it was unfinished due to a delay in some of the electronics, but once everything arrived, I reassembled everything and got to it.

Keep in mind I don’t have nearly the amount of coral to compare as some do, and on top of that most have non-fluorescent pigmentation. 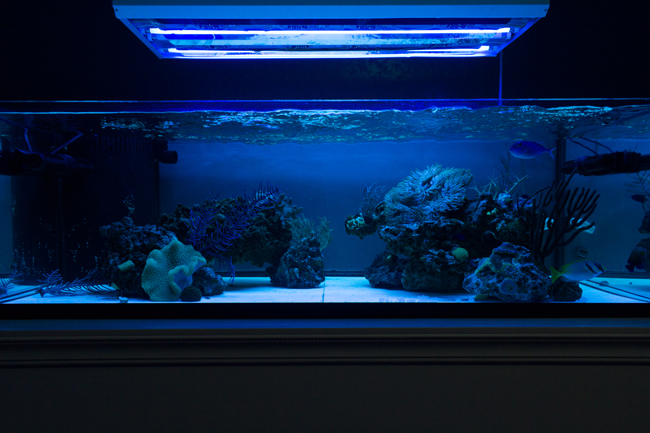 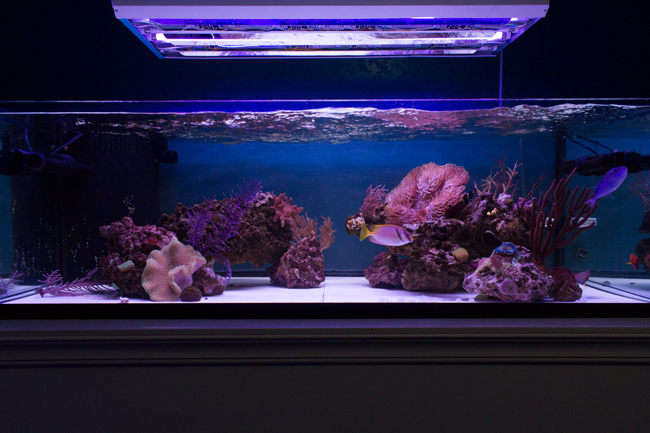 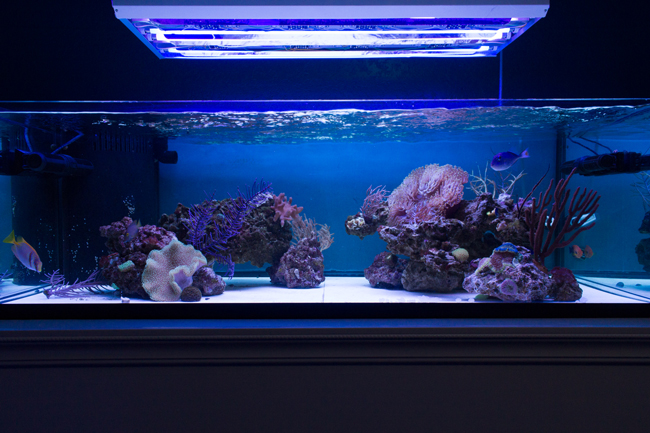 2 x ATI Blue Plus and Purple Plus 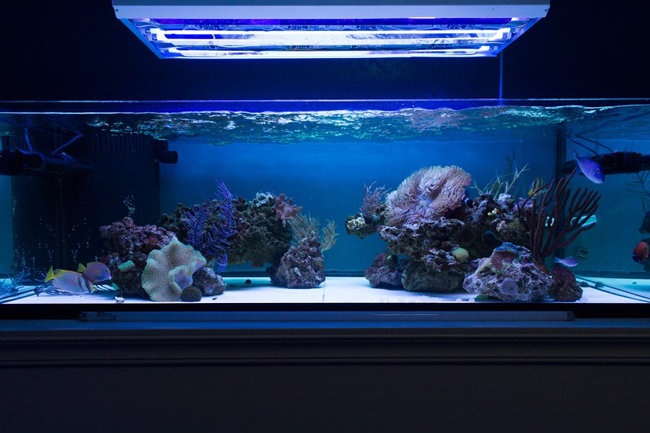 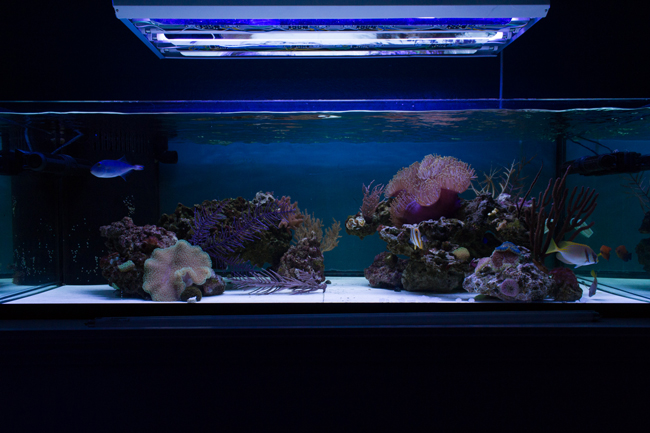 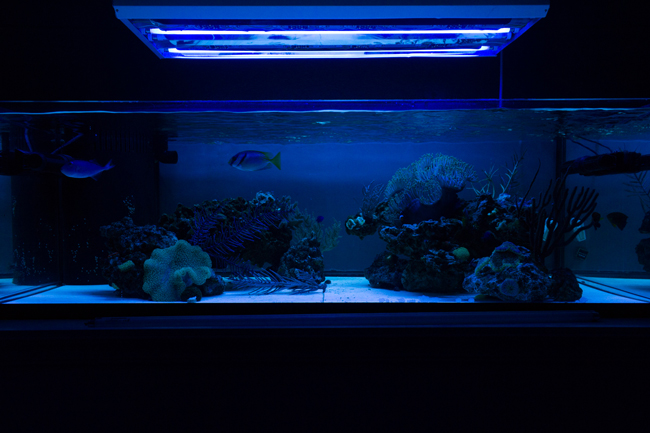 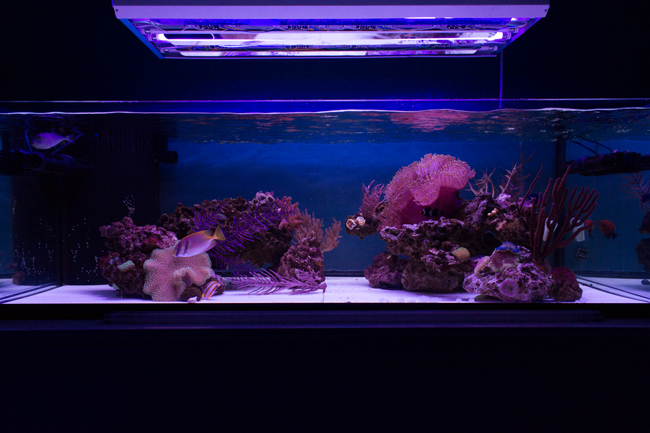 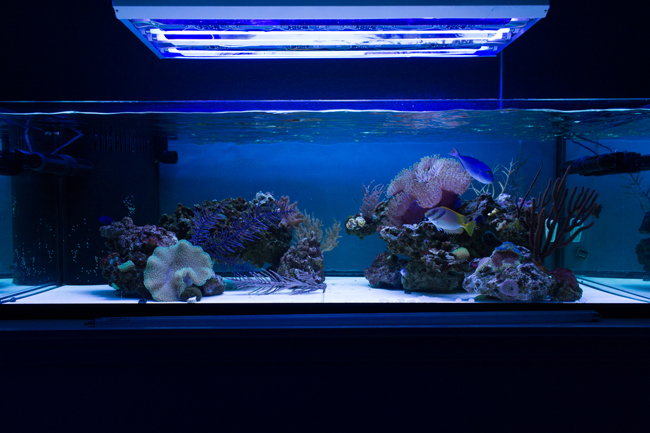 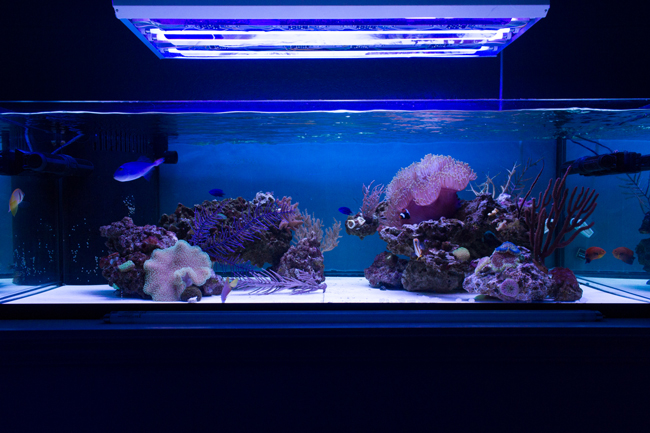 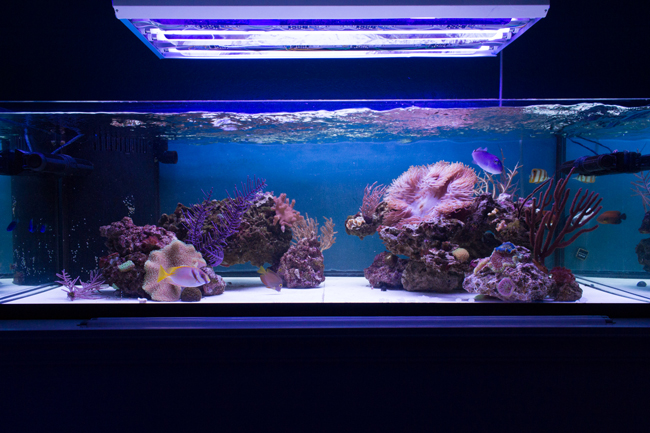 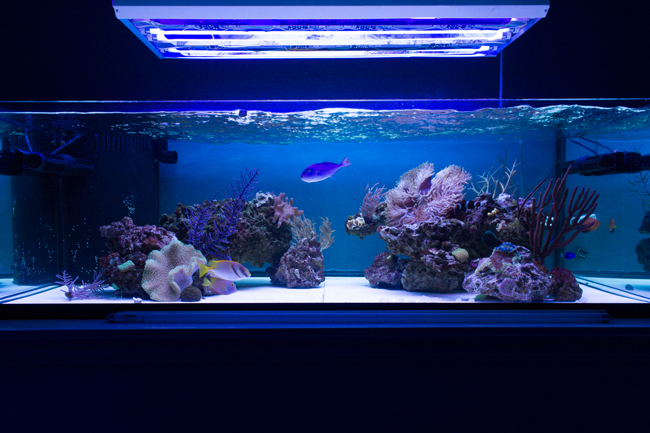 And lastly, we have a mixture of 2 brands of white & purple T5 lamps. 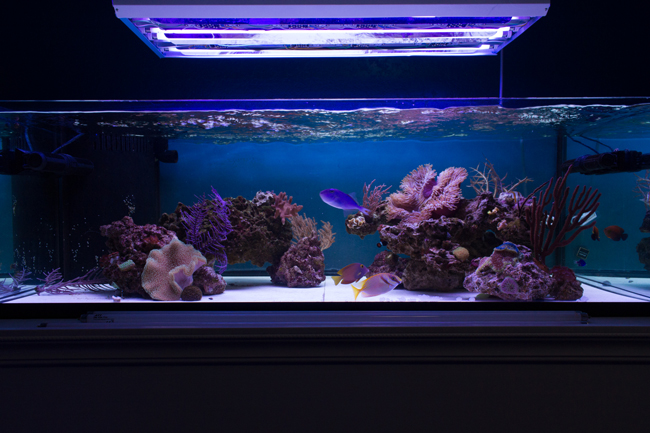 The above combo actually looked the best to me out of all of them IMHO. Plenty of fluorescent response, and every non-fluorescent color still expressed.

And here is a shot of the lamps themselves when running. 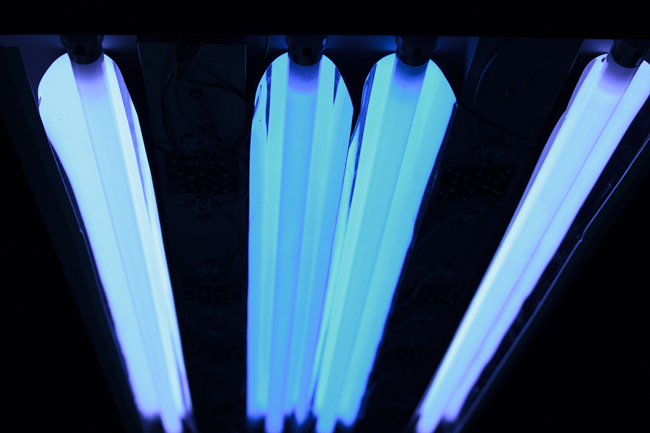 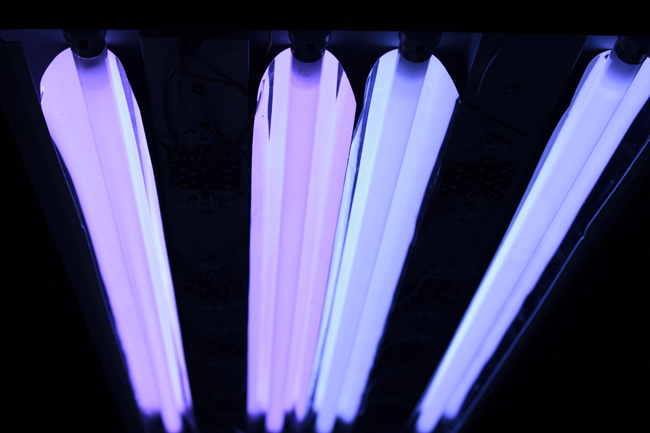