Trending
You are at:Home»Aquarium Livestock»Featured Coral of the Week – 8/10/2015 Joe Knows Reefs 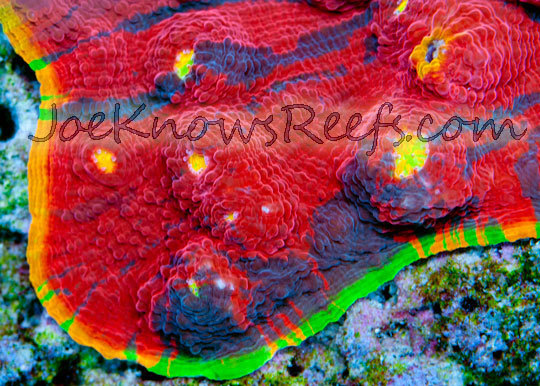 Our featured coral(s) of the week – Echinophyllia sp

Falls under the common term “chalice” (which means “cup”) which can encompass many other genuses (oxypora, echinopora, echinophyllia, mycedium, pectinia etc)

Found in 5-50 meters deep in the ocean, typically on the deeper side.  Echinophyllia species are usually found on a fringing reef walls or at the base of reefs.  Quite often found in crevices and typically observed with sustained damage as a result of debris and substrate landing on it from storms and strong currents.  Growth form is generally very uniform in the aquarium, however in the wild growth structure can vary greatly depending on surrounding conditions, currents, obstructions, damage and neighboring corals competing for space.

In the aquarium – Echinophyllia corals prefer low indirect flow.  In proper conditions these corals can exhibit a more “fluffy” appearance (though this term is used loosely).  Depending on the particular specimen some can withstand lighting up to 300 par while most prefer much lower light conditions.  Typical placement is on the aquarium sand bed or bottom 1/3 of the tank.  Typically a fast grower in the aquarium, likely due to more optimal conditions (in regards to flow and lighting – and the fact that sand and debris is not being dropped on it periodically).  Echinophyllia corals come in pretty much every color under the rainbow and it’s not uncommon to see US coral farmers selling rare pieces for hundreds of dollars per eye. 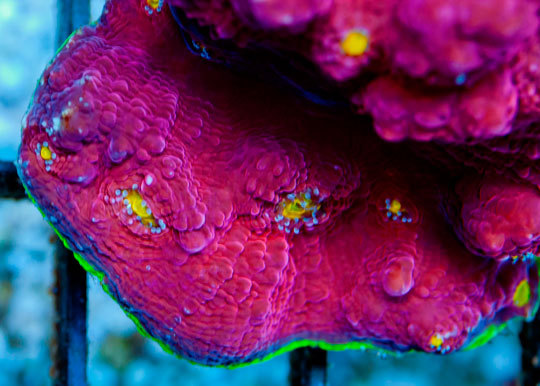 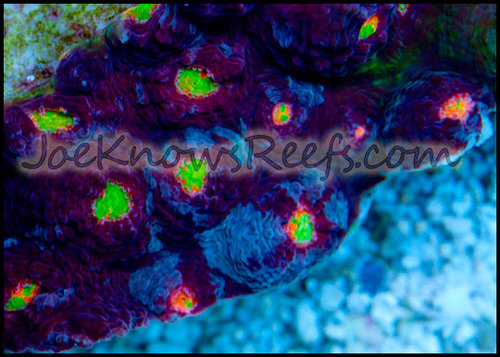 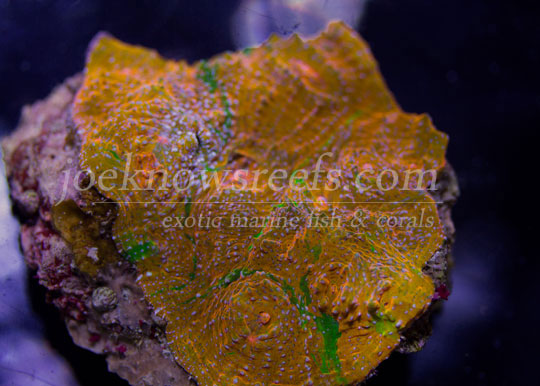 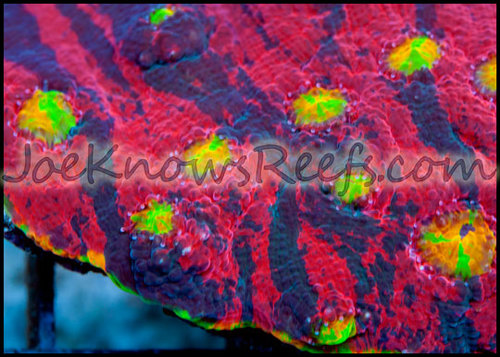