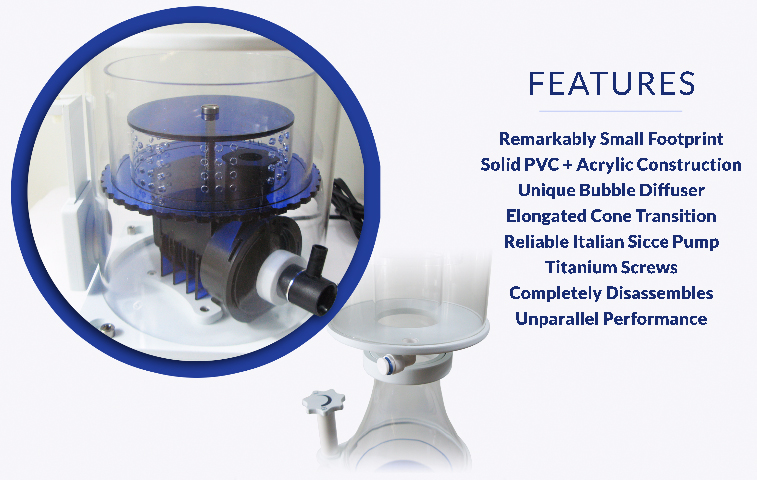 MACNA 2015 was the perfect venue for CoralVue to announce the coming of its new line of protein skimmers under the IceCap brand. They will be designated as K2 series skimmers.

The new skimmers are powered by Sicce pumps.  The skimmer body is constructed of white PVC and blue and clear acrylic. The K2 series skimmers feature titanium screws to eliminate any concerns about rust. The skimmer body easily disassembles for periodic cleaning and maintenance.

Like the DB series skimmers from RLSS, the K2 series packs alot of power into a small package. With performance ratings up to 500 gallons, the footprint comes in at a diminutive 9″x9″.  Probably the most unusual feature found on the K2 is the unique bubble diffuser design.  Instead of the holes being on top of the diffuser chamber, IceCap has positioned the holes on the sides of the diffuser chamber.  This would increase bubble dwell time and improved skimming efficiency.  More news will follow once these new skimmers make it to the market.

CoralVue expects to begin shipping the new K2 skimmers in time for Black Friday and the holiday season.