Trending
You are at:Home»News»Sea Life Has Halved Since 1970 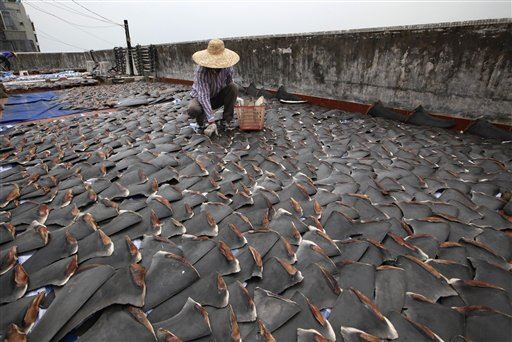 (NEWSER)  – The oceans, with more than 90% of the habitable space on Earth, still contain most of the life on our planet, but there’s a lot less of it than there was just 45 years ago, according to a deeply dispiriting report from the World Wildlife Fund. The group, which surveyed 10,000 populations of more than 3,000 species, says marine life—including mammals and birds as well as fish—has declined by 49% between 1970 and 2012, the BBC reports. The WWF says humans have caused the decline in marine species through overfishing, destruction of habitats like seagrass beds and mangrove swamps, and through climate change, which has caused ocean acidification. Experts warn the latter could cause a “Great Dying” even worse than what has taken place over the last few decades.

Some of the steepest declines were among fish caught for food, including tuna and mackerel, which are down almost 75%, the BBC reports. “In less than a human generation, we can see dramatic losses in ocean wildlife—they have declined by half—and their habitats have been degraded and destroyed,” a WWF spokesman tells Discovery. “Driving all these trends are human actions: from overfishing and resource depletion, to coastal development and pollution, to the greenhouse gas emissions causing ocean acidification and warming.” Not as much is known about deep-sea populations, though declining catches suggest they’re also dropping fast, the Independent reports. (Wildlife on land isn’t faring any better.)