Trending
You are at:Home»News»Tourist captures image of mysterious sea monster off Grecian coastline 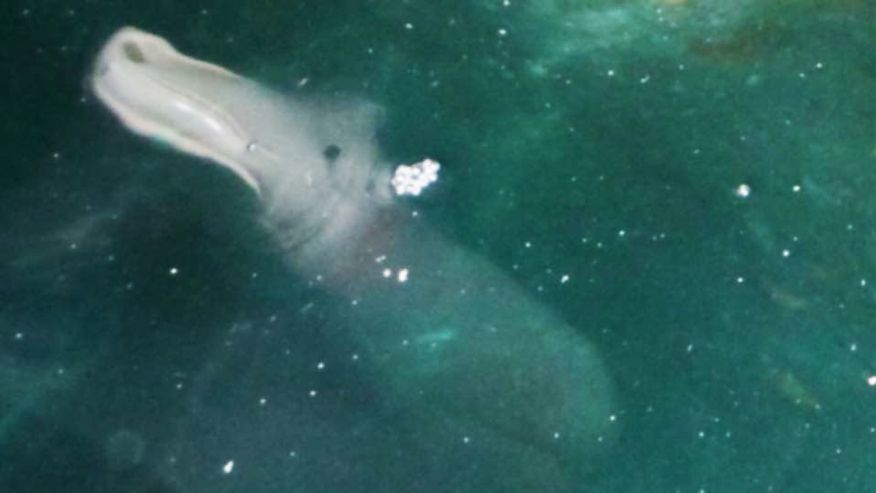 A Scottish tourist unwittingly captured an unidentifiable sea monster while vacationing in Greece.

Harvey Robertson was on a boat cruise off the coast of Parga, sailing through sea caves with his family. He was initially just trying to capture the unusual color of the surrounding water with his iPhone camera.

What he shot instead has baffled those across the Internet—and marine scientists. Looking back through his camera, Robertson saw that he had captured a grey creature that resembles an elongated manatee. The strange animal appears to pop out of the water in one photo, then disappears under the greenish water in the next.

“I didn’t actually see the animal at the time as was trying to capture the water color (fluorescent blue) at the point before becoming black,” Robertson told FoxNews.com via email. “You can only imagine my surprise when I was looking back through my photos.” 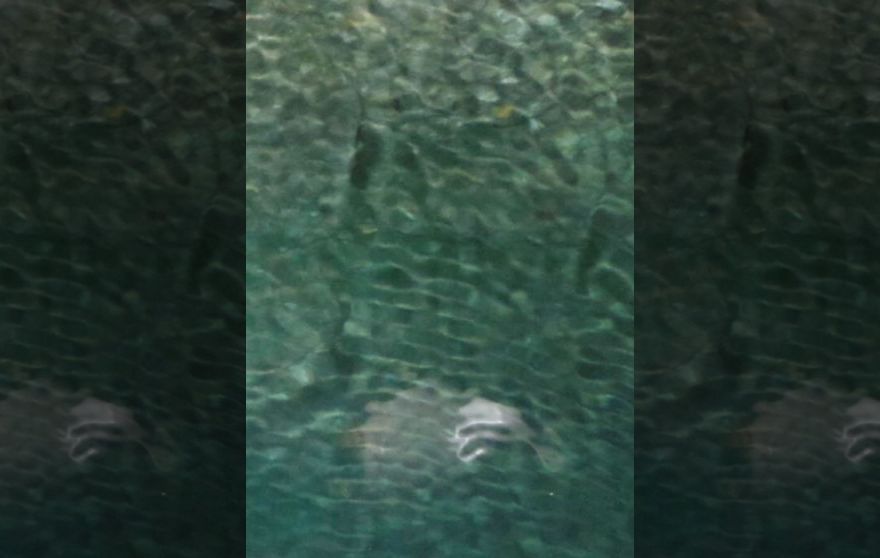 The creature disappears back into the bright green water. (Courtesy Harvey Robertson)

Some say it could be a Cuvier’s beaked whale, which have been known to frequent the Mediterranean,others have speculated that it could be the “love child of a hippo and crocodile”—but so far, even scientists are baffled.

Robertson says “I have no idea what it is, I’ve sent them to various marine biologists across the planet and no one has any idea.”

Asked whether the legendary Loch Ness Monster could have followed a fellow Scotsman all the way to Greece, Robertson is doubtful.

“I also doubt it’s Nessie as he’s none too fond of Greek salad.”