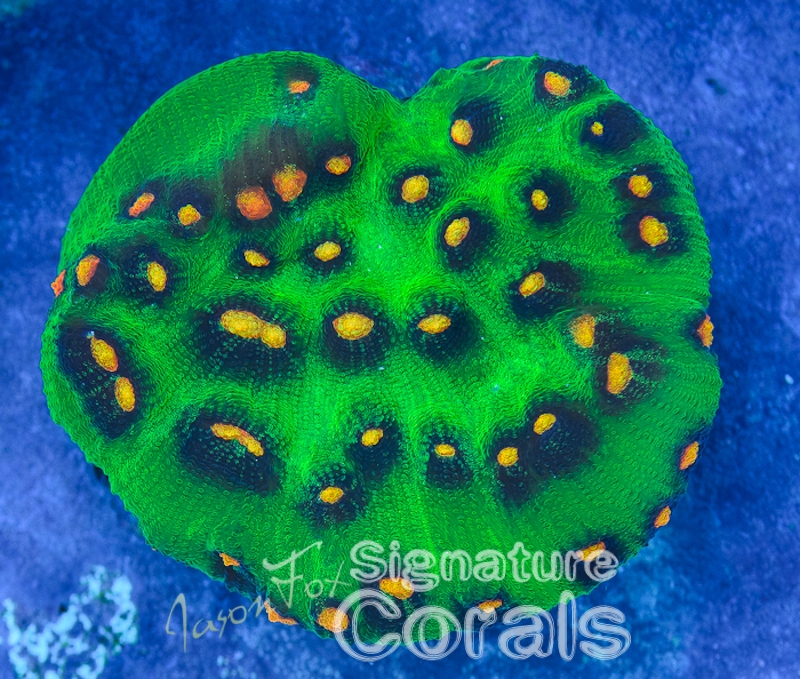 This weeks’ Featured Coral of the Week comes to us from Jason Fox Signature Corals.  Recently I reached out to Jason to see if he had anything new coming out in the way of higher end chalice corals.  Above is a particularly stunning mycedium coral that Jason collected from Indonesia while he was on a dive trip three years ago.

Jason named this the Raja Rampage Chalice.  Jason tells us that it has a solid growth rate and that like many mycedium corals, this coral prefers low to medium lighting and moderate to low flow in the aquarium.

Jason found the Raja Rampage while diving along a remote island where it was located on a ledge at a depth of 60 feet.  The colors are simply amazing and Jason told us that the Raja Rampage is his favorite chalice from his entire collection of chalice corals.  Thank you Jason for sharing these gem of a coral with us.  No word on how long Jason has had this coral available for sale but you can find it here.