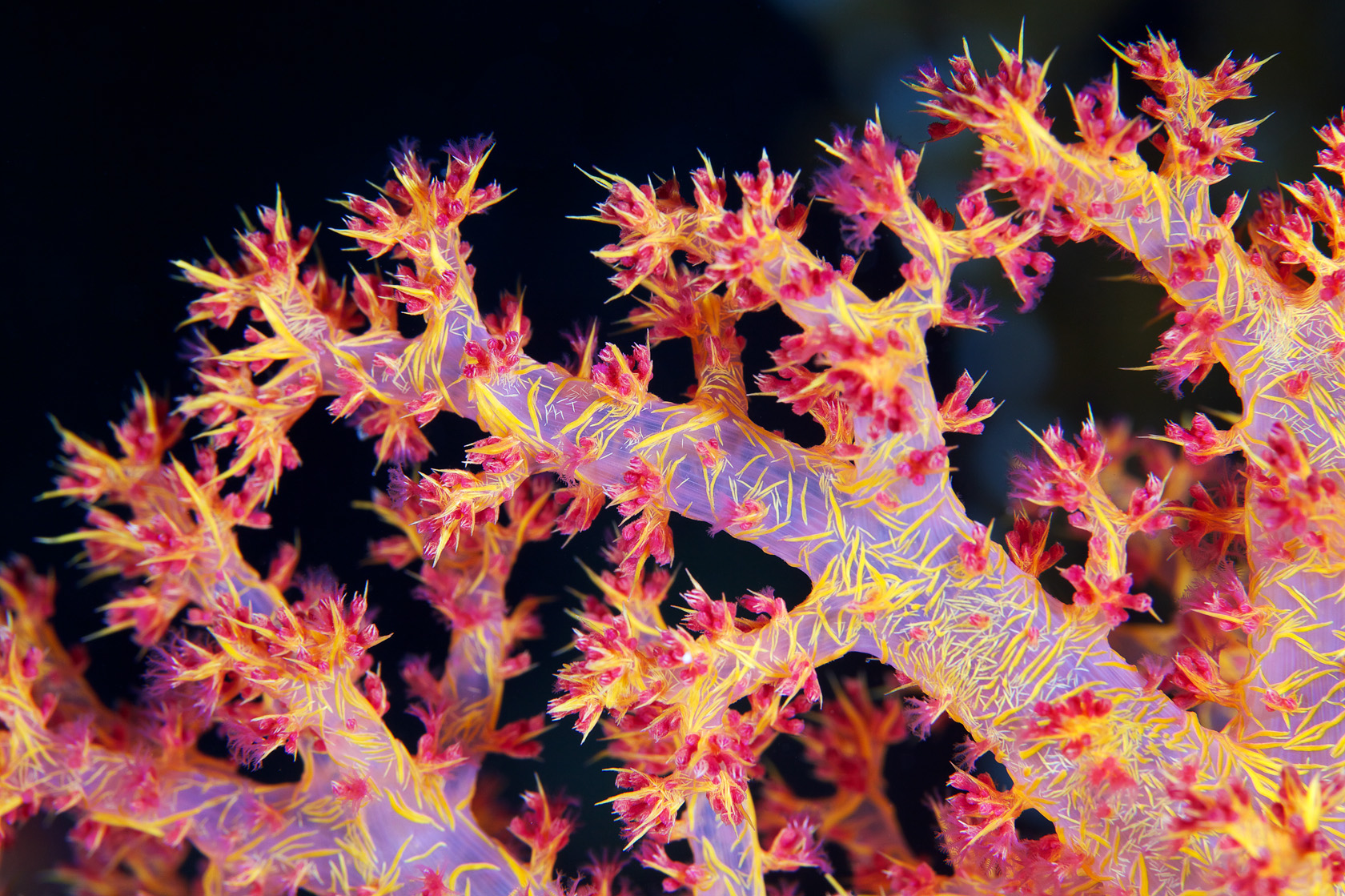 Dendronephthya soft corals, also known as ‘carnation corals’, are some of the most beautiful corals found in the wild but they have proven to be impossible to keep in a home aquarium for any length of time.  Some corals are considered to be beginner corals while others are better suited for advanced aquarists.  Dendronephthya should be in a class by itself and should only be removed from it’s natural habitat for research as in the case with the experiment that is currently underway at Unique Corals.  If you’ve transshipped corals over the years, you have probably seen an exporter slip one of these into your box from time to time.  Fortunately this practice seems to have diminished over the years because of complaints and customers refusing to pay for something they know is going to die.  For this reason, at this point in time, you should NOT try to keep this coral in your home aquarium.  For now it’s best to leave this one for researches trying to unlock the mystery of sustaining this coral in captivity.

As of October 30th 2015, Unique Corals has been able to keep this specimen alive and as healthy as it was on the day it was collected 4 months ago from Walt Smith in Fiji.

We’ve actively tried to be successful at keeping and growing carnation corals in the past, with limited success, and we closely followed the work of Tim Wijgerde to develop an experimental system specifically for this group of corals. That concerted effort resulted in the eventual loss of all coral colonies within several months despite really trying to provide the Dendronephthya with everything we think that these corals need to be healthy and growing.

Early this summer while in Fiji, Joseph Caparatta from Unique Corals selected a single small colony of Dendronephthya from Walt Smith Fiji, mostly on a whim to try and keep alive in an experimental azoox system that he installed back in the states at Unique Corals. The experimental aquarium is a 20 gallon long aquarium, set up as a horizontal gyre tank providing constant unidirectional water flow.  The azoox setup is inline with a 2000 gallon system that houses thousands of SPS coral frags. 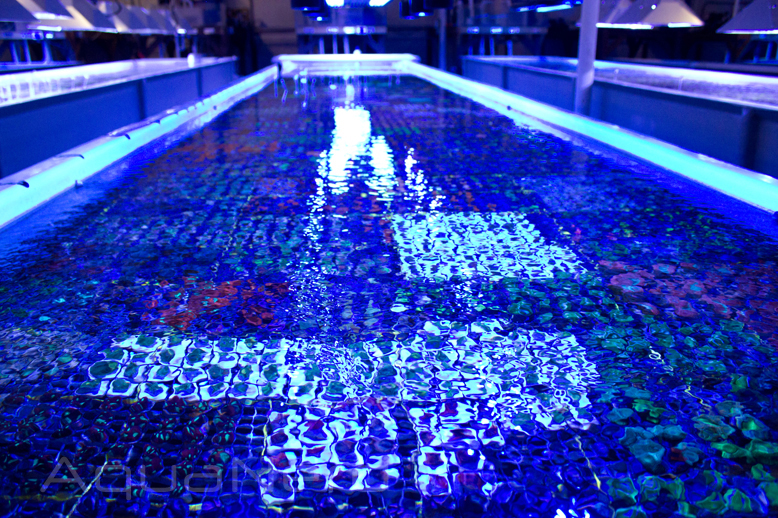 We wish Joe and the guys at Unique Corals success with their new experiment.  Hopefully we will be reporting back several months from now stating that they have found the means to keep this coral alive in their system and perhaps the knowledge that they will have gained by then will translate over to keeping Dendronephthya in a home azoxx aquarium.