Trending
You are at:Home»News»The Ocean CleanUP Begins Testing on it’s Clean Up Array 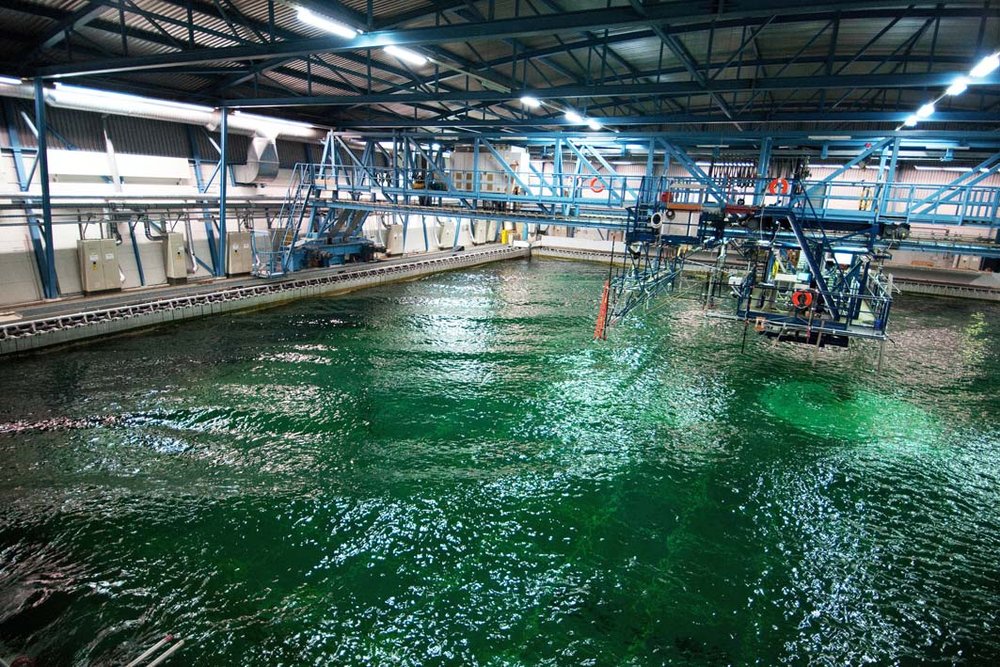 The Ocean Cleanup’s development for its cleanup technology has entered a new testing stage. Engineers are currently installing a scale model of the Ocean Cleanup Array in an offshore basin at the world-renowned Maritime Research Institute Netherlands (MARIN).

At the basin in Wageningen, The Netherlands, the Ocean Cleanup and its partner engineers will conduct dozens of tests on the behavior of the flexible barrier under varying current and wave conditions. This experiment will be the first time individual components of the array will be tested in a realistic three-dimensional environment.

Hydrodynamic engineer Mark Paalvast from Mocean Offshore says the tests at MARIN will reveal the maximum operation limits of the array. “In other words, what are the toughest conditions under which the array can still do its job of concentrating plastic at a central collection point?”

Testing for this is no simple undertaking. The ocean is unpredictable with powerful ever-changing forces that defy perfect simulation models. Waves come from a variety of directions at once, and currents below the surface complicate matters further.

Paalvast believes MARIN offshore basin is one of the best facilities in the world to do these tests.  “It can send currents and waves from many different angles simultaneously, and at varying speeds. Ocean CleanUP will do multiple simulations and then use the data for additional computer modeling to help them design the best debris trap possible.

The hardware that has been placed in the water is 20 meters long, a 1:18 scale model of the 360-meter section of the array being tested. However, by pulling the array taut before testing begins – applying what is known as pretension – it is possible to simulate a structure of up to four kilometers in length. This is just one of the challenging tasks that lie ahead at MARIN.

Paalvast says the tests will also show us how the array will react in extreme circumstances: a once in a hundred years’ storm. “The array will obviously lose plastic under these conditions, but it has to remain intact,” Paalvast says. So the data from the MARIN tests are needed to engineer and build a sturdy, efficient array.

The Ocean Cleanup’s CEO Boyan Slat stresses that the program is primarily aimed at creating input, not merely to validate output. “We test to learn, not just to try to prove our assumptions are right. I’m quite certain we’ll discover things we couldn’t have thought of before.”

Boyan Slat the 20 year old Dutch entrepreneur and inventor currently creating technologies to tackle global issues of sustainability.  Boyan has been recognized as one of the 20 Most Promising Young Entrepreneurs Worldwide (Intel EYE50), and was crowned 2014 Champion of the Earth, the United Nations’ highest environmental accolade.  In 2015, HM King Harald of Norway awarded Boyan the maritime industry’s Young Entrepreneur Award.  We wish Boyan and his team much success and in creating awareness of environmental issues that affect us all and with his Ocean CleanUP testing.  Below is a Tedx Talk he presented at the age of 18.  For more information on Ocean CleanUP their website.