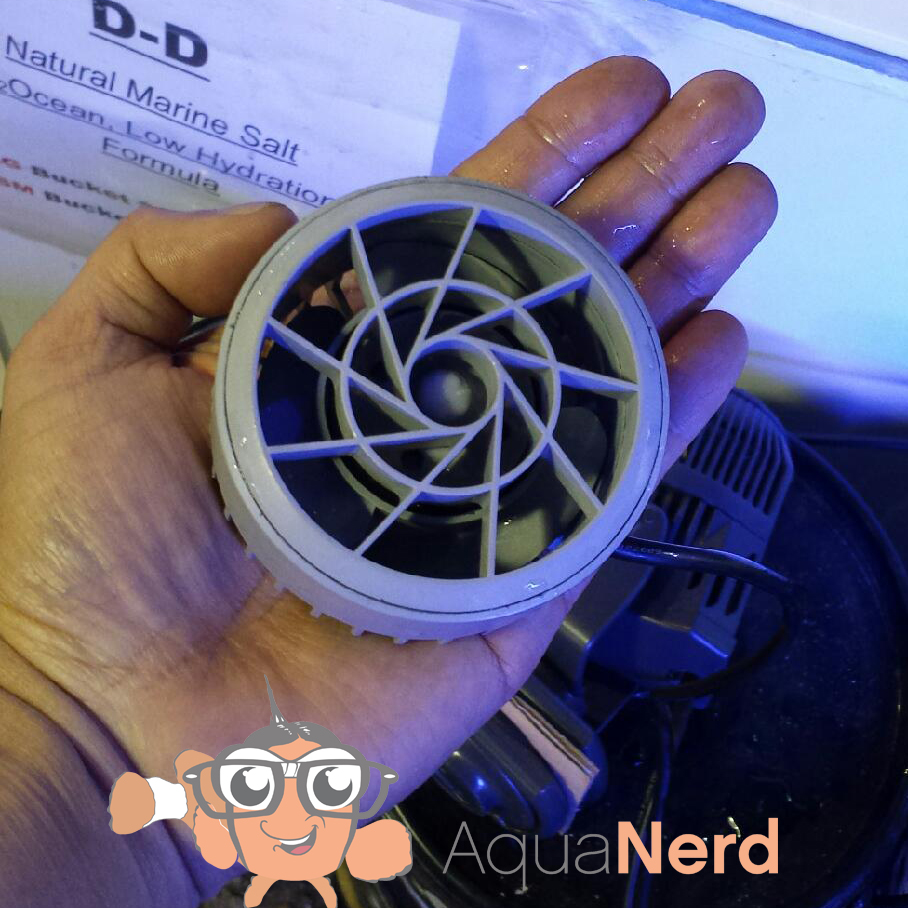 Daniel Nguyen and the guys at Reef Life Support Systems (RLSS) have been working on an exciting new wave maker device known as the WavePuck.  Slightly smaller than a hockey puck, this is the 1st public viewing of the 3D printed prototype.  I first had a sneak peak at the device this past September at MACNA in Washington, DC  but until now I had to keep this information under lockdown until now.

Daniel, the owner of RLSS in Canada, has developed a low profile magnetic pivotal wavemaker. At a nominal 1.5″ thick x 3″ footprint, it is now the lowest profile wavemaker device of its kind.

Today RLSS announced plans to produce 4 models of the Wave Puck with the 1st model generating a maximum flow rate of 8700 LPH (2298 GPH).  The pucks will come standard with 7 mode options:

No word on when we will see these in the market but AquaNerd has been promised one to review and beta test.  Retail on the 1st model will be $199.00. 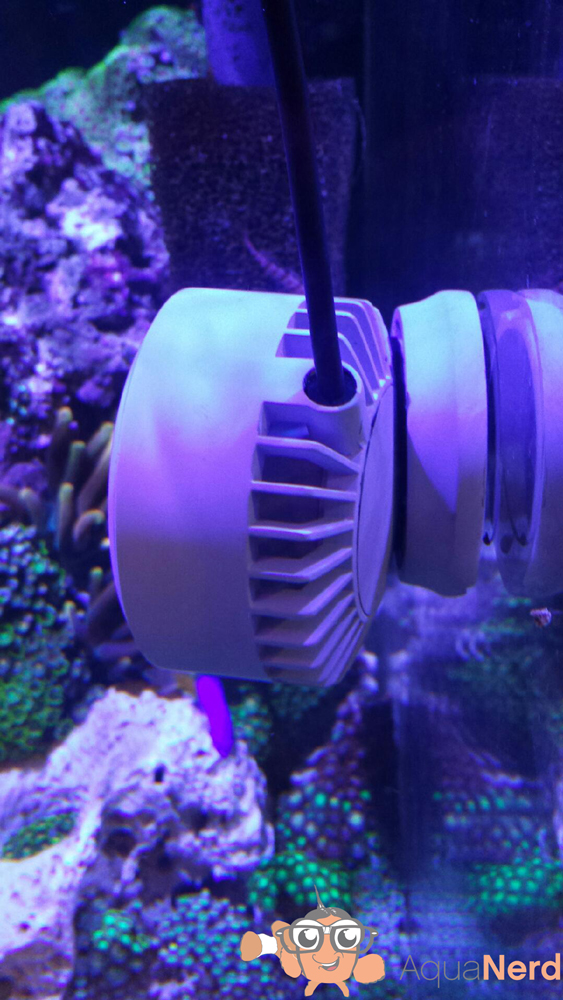 Position off-center from magnetic base 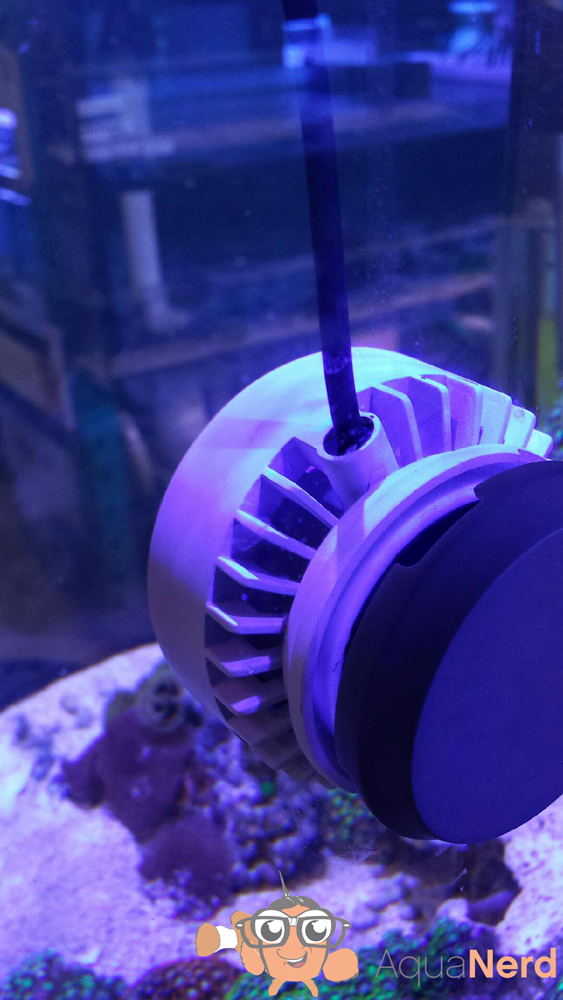 Outside view of the WavePuck 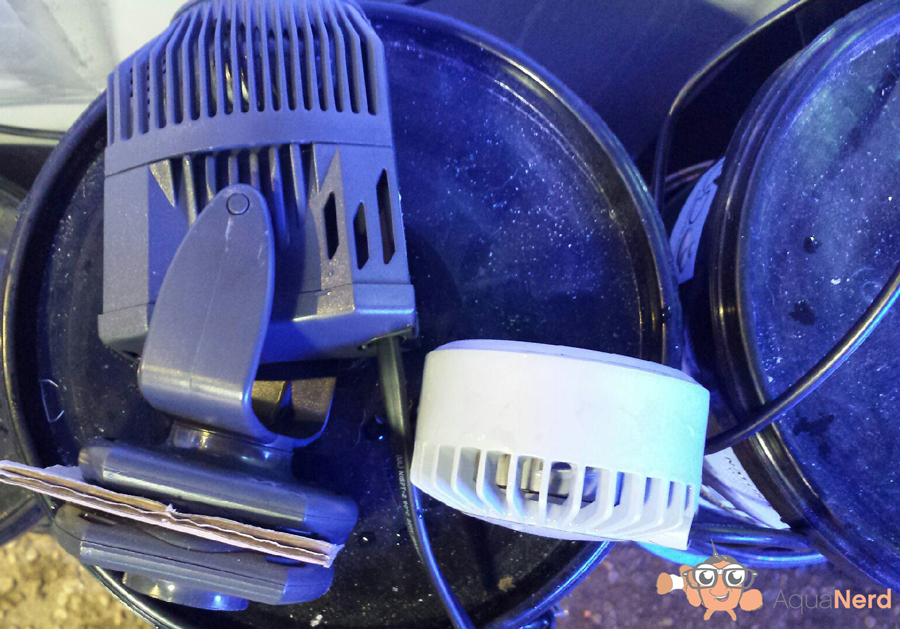 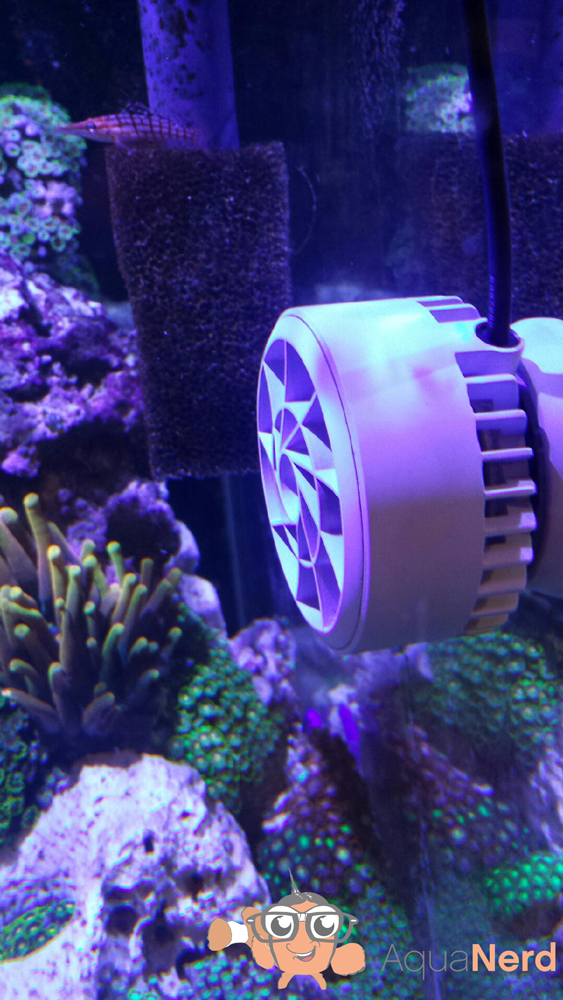