Trending
You are at:Home»News»Sperm whales wash up on English beach 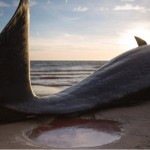 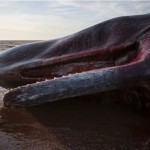 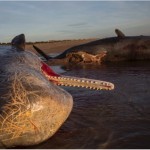 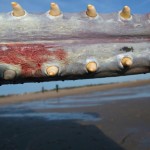 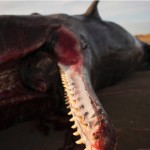 Three sperm whales washed up on a beach in eastern England over the weekend, just a week after a dozen animals of the same species washed ashore on German and Dutch beaches.

The mammals, about 15 meters (48 feet) long, are believed to be part of the same pod as a young whale that died on Friday a few miles away.

Experts believe they may have washed ashore while hunting. “These are deep water animals, which usually live in pod of 20 or 30 individuals. They probably got disoriented while looking for food and ended up in shallow waters,” Peter Evans, director of Sea Watch Foundation, a charity that coordinates sightings around the UK coast, told CNN.

In such shallow waters, he said, these giant animals are likely to suffer from organ damage and other injuries. He added that the beached whales are probably just a few years old.

“We believe that the three whales at Skegness died at sea and then washed ashore,” coastguard Richard Johnson told Agence France-Presse.

Many people gathered on the beach, and the carcasses were cordoned off to prevent bystanders from touching them, according to media reports. However, graffiti, including the CND logo, had been scrawled on at least one of the carcasses.

The animals were part of a larger pod, thought to have comprised at least six whales. The cetaceans beached in Germany, the Netherlands and England may have been part of the same group. 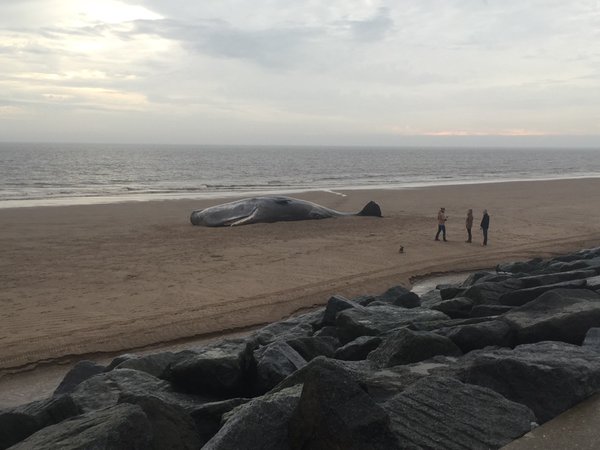 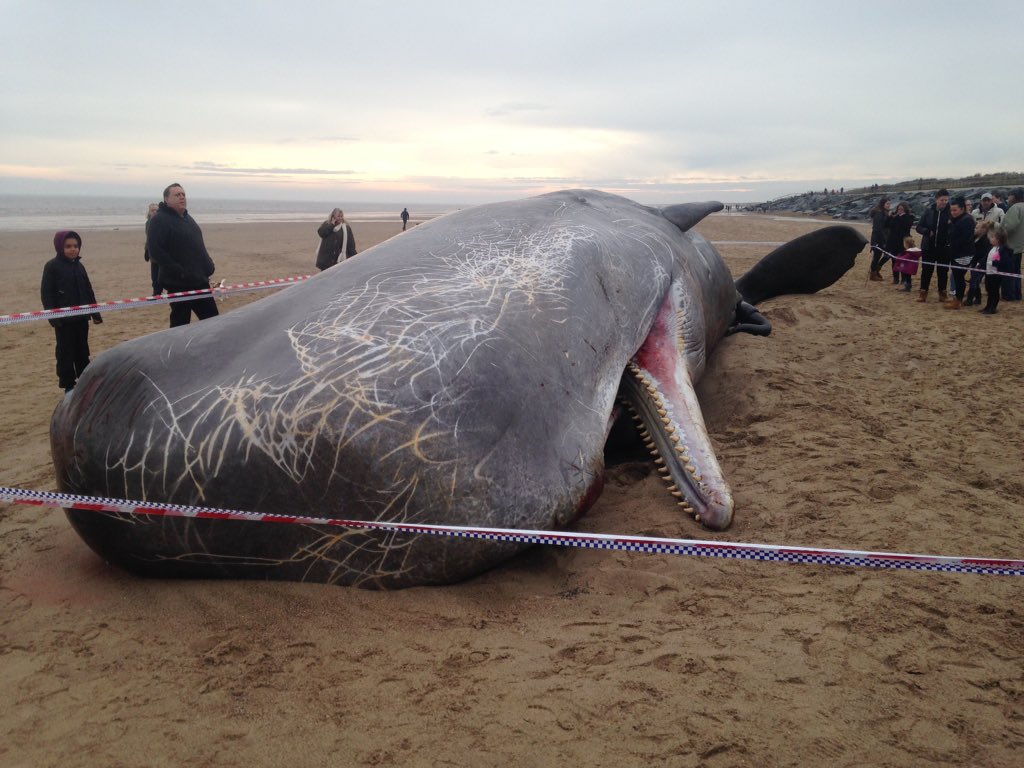 Scientists from the Cetacean Strandings Investigation Programme, which records and investigates of dolphins, porpoise and whales, will carry out examinations of the bodies. One of the carcasses reportedly exploded on Monday afternoon while scientists were examining it. 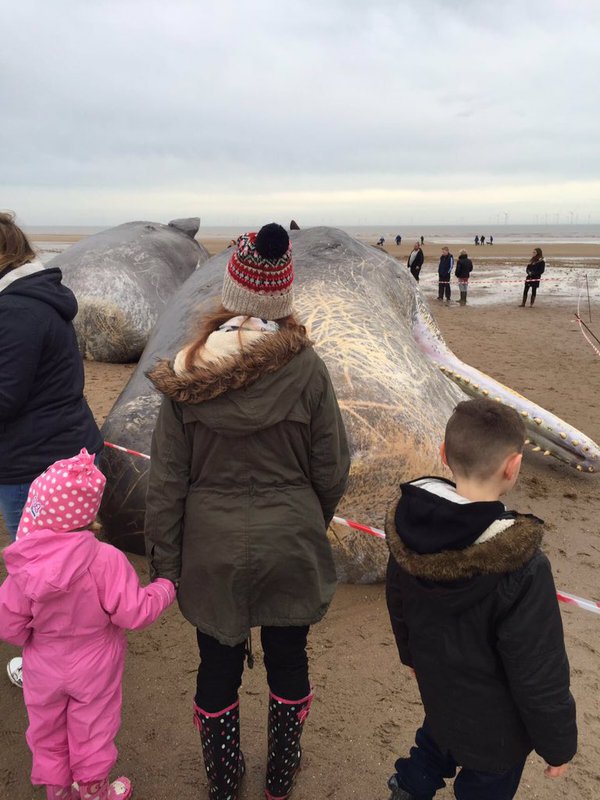 “Removing the carcasses should take one to two weeks,” Evans, from Sea Watch, said. Decomposing whale carcasses can be a public risk, since internal gas make them prone to explosions.

That’s why, Evans said, usually the back of the body is cut, to let the gas out. Then the animals will be cut and buried.

Sperm whales, which can be up to 20 meters long and weigh 50 tons, make up a small proportion of the 600 strandings registered every year in the UK.

Ten years ago, a 5-ton, 20-feet long northern bottlenose whale swam up the Thames, and got stranded in central London, bringing thousands of people onto the banks. The whales died during a rescue attempt, and its skeleton became part of the Natural History Museum collection.