Trending
You are at:Home»News»What are the odds of Being Attacked by a Shark? 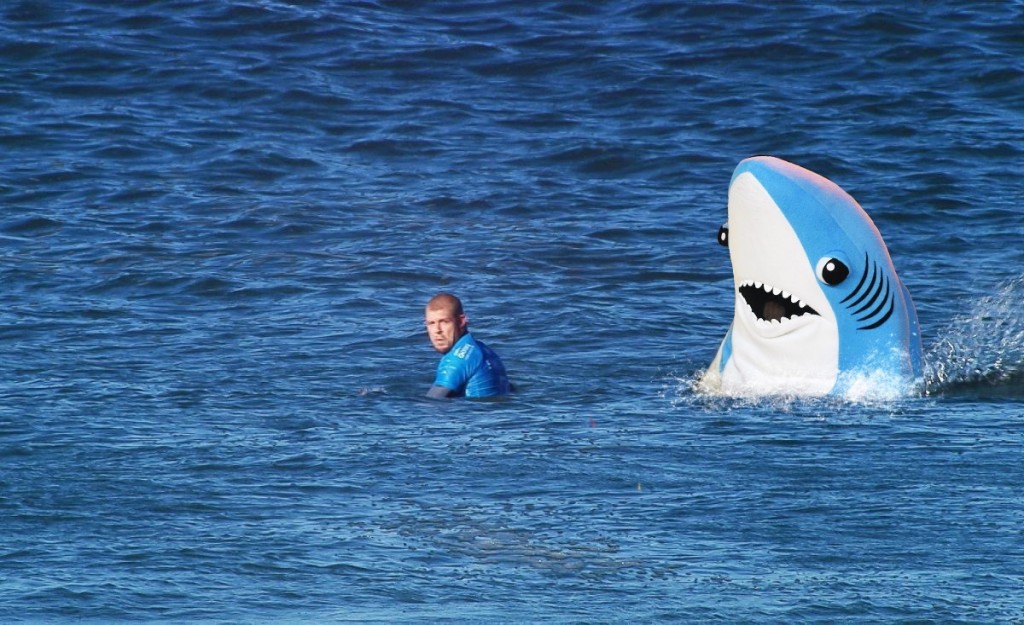 Let’s face it, anyone that has ever stepped foot in the ocean has had that moment where something unexpected touched your body beneath the water resulting in a “you tube” worthy series of epic jumps and arm flailing that put the best ninjas to shame. Most of the time, it’s just a piece of sea weed or an annoying relative, but have you ever really thought about the odds of a shark attack? Well fear no longer! Statistically you are more likely to die from fireworks (1 in 340,733) or from accidental poisoning (1 in 19,456) than a shark attack. 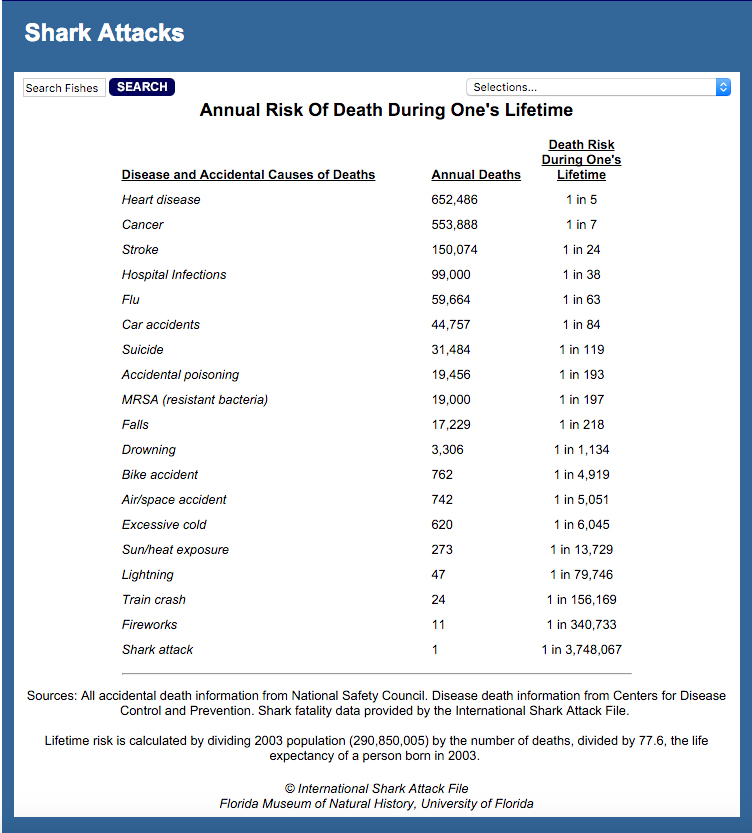 Worldwide, there are 70 – 100 shark attacks a year, with only 5 – 15 of those resulting in death. Most of the time, if there is an incident, the attacks are “hit and run” meaning the shark takes a bite, realizes it has bitten something it’s not so crazy about and then moves on in search of something more delicious. So the next time something unexpected brushes your leg underwater, take a deep breath and repress your inner ninja. It’s likely just a gross, slimy piece of seaweed.