AquaNerd, in keeping with our mission to provide the latest news and information on important issues and topics of interest to aquarium clubs, hobbyists and enthusiasts, is thrilled to share with you a recent press release from MASNA.  Of particular interest to all hobbyists should be the article on Lionfish which provides a thorough and in-depth look at how this invasive species came to be in non-native waters.  Insights regarding what to expect when encountering the Lionfish while diving and how to help with the problem are included in the article.  Enjoy!

(The information and any opinions in the attached article are the exclusive intellectual property of MASNA.  AquaNerd claims no interest in the subject matter nor does AquaNerd warranty the accuracy of its content.)

MASNA and its volunteers have put together two new educational articles, one on the aquaculture of the Palette Surgeonfish, and one on invasive Lionfish Education. 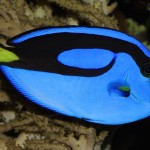 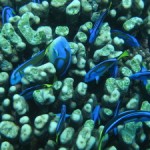 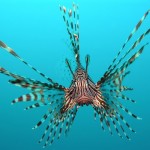 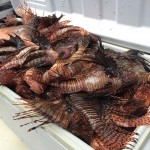 The Palette Surgeonfish Aquaculture article details the work being done in the captive breeding and rearing of the common Palette Surgeonfish (P. hepatus), and Yellow Tang (Z. flavescens) by hobbyists, corporations, and scientists alike. Detailing successes and efforts from sources such as Rising Tide Conservation, The Oceanic Institute in Hawaii, Sustainable Aquatics, the Fisheries Research Institute of Taiwan, and even home hobbyists such as Darren Nancarrow. We delve into the success rates, feeding regime, and success stories of breeding and raising these difficult fish.

Along with this, we cover the upcoming Disney movie, Finding Dory; the possible ramifications the film will have on the hobbyist and industry alike, and the stance the cast and producers are taking regarding the subject of releasing captive housed livestock back into open waterways.

The Lionfish Education article (http://masna.org/masna-programs/lionfish-education/) details the current invasive epidemic of the common P. volitans and P. miles Lionfish in Atlantic and Caribbean waterways. Reaching back to the first known sightings of these invasive species, possible methods of their introductions, and steps being taken to remove and eradicate current populations, the Lionfish Education Guide is essential information for the hobbyist and any recreational diver planning on visiting the afflicted areas.

From anecdotal and professional information concerning the historical and current spread and locale of the invasive species, scientists trace back potential sources of their introduction into non-native waterways. Looking into the genealogical histories of captured specimens, behaviors and impacts of native species, and work being done by local fisherman and volunteers, we can educate hobbyists and professionals on how to react to seeing these fish in their daily dives and what they can do to help ease the burden being caused by these animals.

Both articles are geared toward education and presentation for hobbyist, club, and professional aquarists. The articles can be accessed for free at www.masna.org, and are made for immediate and easy dispersal. Additional information has been included in these articles in the forms of media and external links for those wishing to further their education and understanding of these items.

If you would like to become a supporting member or sponsor of MASNA and our programs, please join us at http://www.masna.org/join-masna/. Your support will assist us in our goals to Educate, Assist, Support, and Encourage marine aquarium societies and hobbyists across North America.

MACNA 2016 will be held this year in San Diego, California from September 9 through September 11, 2016. We hope to see everyone in attendance this year for another great show.