Trending
You are at:Home»News»Royal Exclusiv to Relocate and Expand its Production Facilities 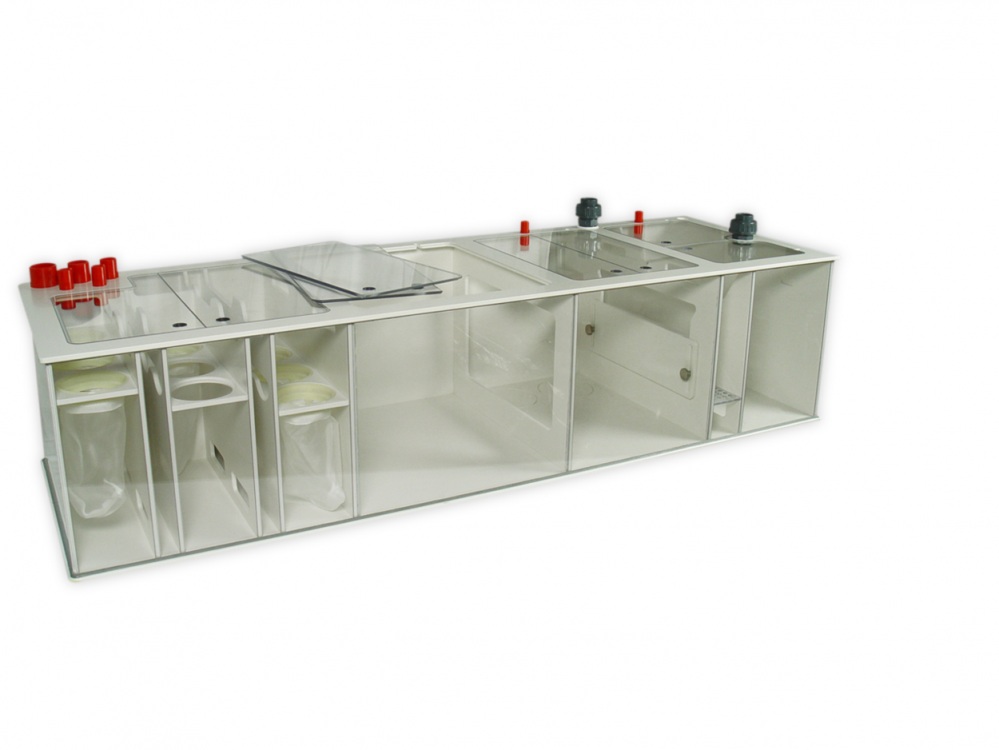 Due to ever increasing demand for the Dreambox Filter System in North and South America and abroad, Royal Exclusiv will be relocating to an expanded production facility and reorganizing its production and distribution operations.  Presently, all Dreambox Filter Systems are custom made individually and entered chronologically into the production schedule at its facility in Cologne, Germany.  To meet the present and future demands for its products, Royal Exclusiv will be acquiring new production equipment and production/support staff to augment their existing manufacturing capabilities.

Once in the new facility, Royal Exclusiv plans to restructure from the present scheme of producing individual orders one at a time.  The new model of production will include several different standard models of the Dreambox which will be produced and then shipped to their US distribution facility for order fulfillment.  Customers will be able to choose the Dreambox model which best suits their needs and have it delivered within days of the placement of their order.

The present projection for relocation, startup, production of new product lines and delivery to the US distribution facility is the beginning of 2017.

AquaNerd will stay in touch with the principals at Royal Exclusiv and periodically provide updates regarding the progress of this major new initiative.  We extend our wishes for continued success to Royal Exclusiv and look forward to their return.

Below is a letter from Royal Exclusiv’s CEO, Klaus Jansen, announcing the decision. 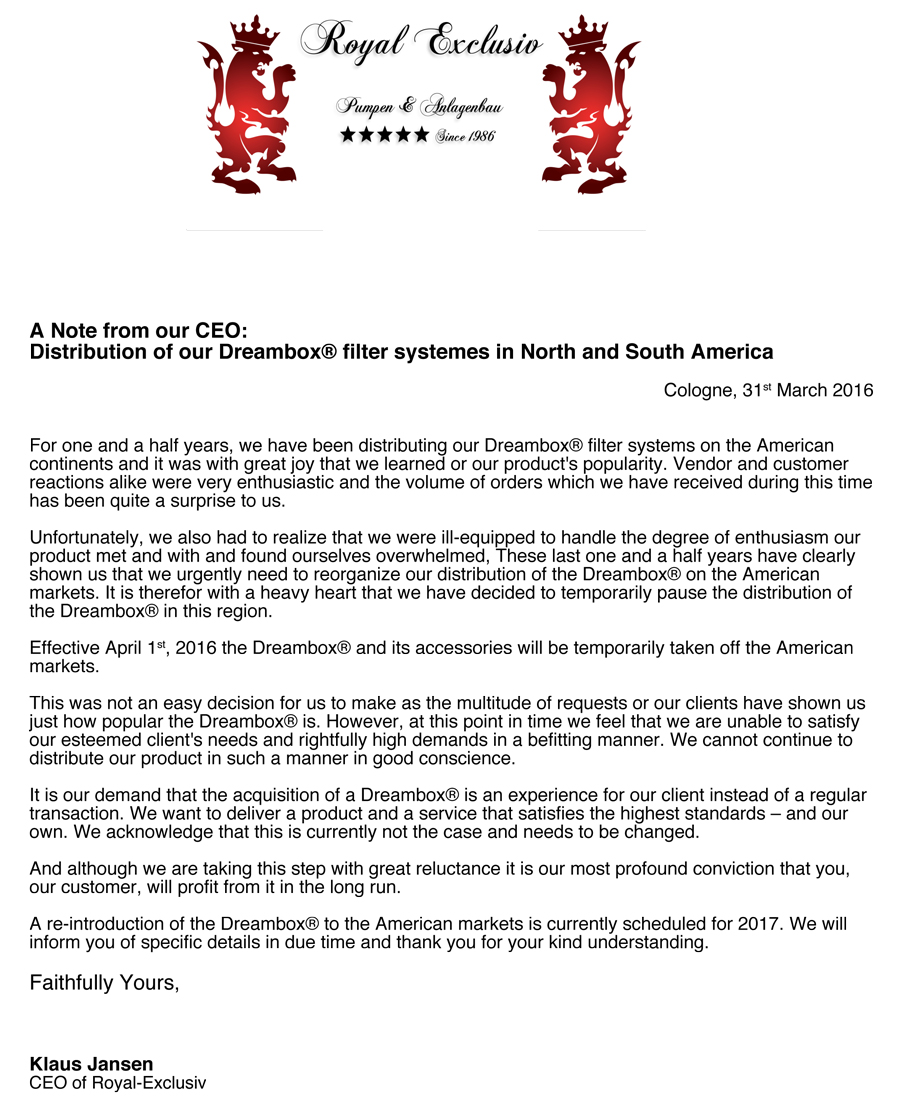