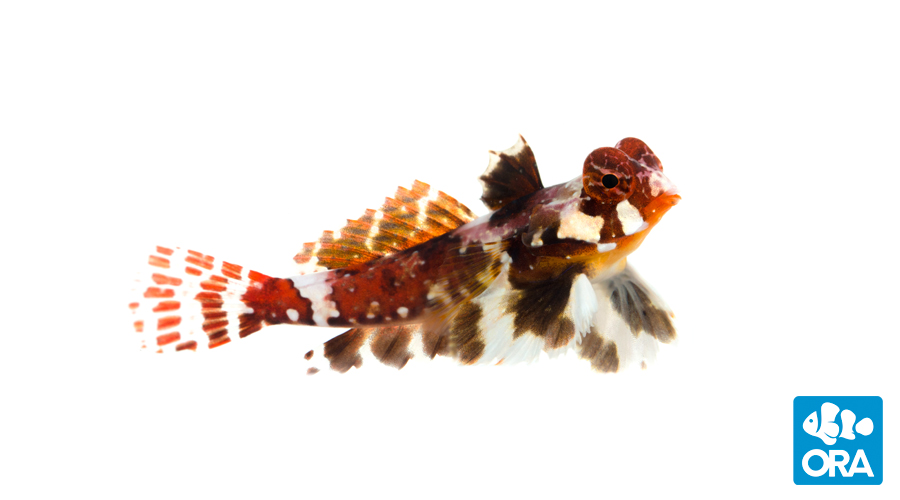 Recently, Oceans Reefs and Aquariums (ORA) announced they had, for the first time, successfully breed the Ruby Red Dragonet.  As of today, ORA has announced that the popular Red Scooter Dragonet (Synchiropus stellatus) will again be available.

Similar to the Scooter Dragonet, the Red Scooter Dragonet distinguishes itself with unique shades of red and burgundy absent from the Scooter Dragonet.  Sometimes referred as Stellate or Starry Dragonets, these colorful little fish are not actually blennies, as they are sometimes called. One of the advantages Aqua-cultured Dragonets have over wild caught specimens is they are raised to accept pellet food. They will also continue to eat small worms, copepods and amphipods as well as prepared foods like frozen mysis and frozen artemia (brine shrimp). Dragonets are passive eaters so it is important that food be presented to them in such a way they don’t have to compete with other more aggressive species of fish. 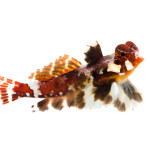 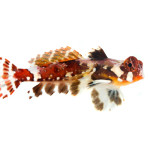 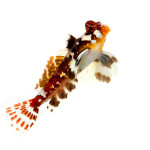 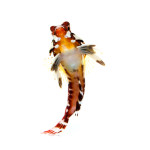 Sex determination is observed by paying close attention to the differences in the dorsal fins.  In females, the dorsal fin will be very small and subtle, but in males the dorsal fin is exceptionally impressive when on full display. The male dorsal fin is more sail like and is often adorned with distinct stripes and eye spots used to attract potential females during courtship. These unique markings are also used to intimidate competing males.  In captivity, males can be observed extending their dorsal fins in dramatic courtship displays for an hour or so before the aquarium lights go out. This species can be kept singly, in male/female pairs or a single male with a harem of females.

Later in the week be covering details on the aquacultured Ruby Red Dragonet from ORA.