Trending
You are at:Home»News»The Amazon’s Muddy Waters Have Been Hiding a Massive Reef 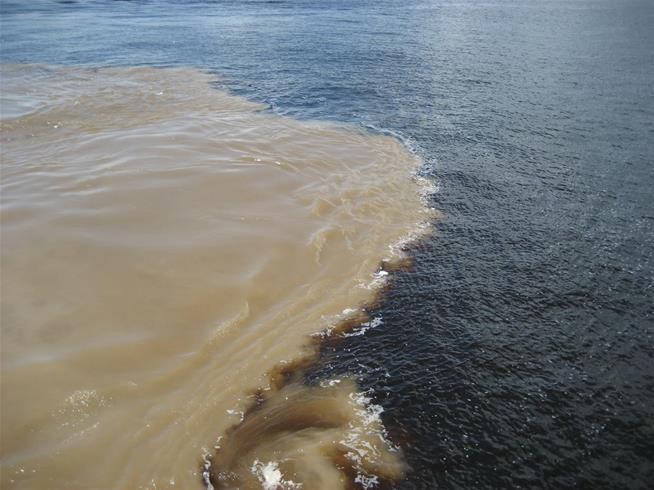 The muddy plume waters of the Amazon River have been hiding a massive coral reef.

You don’t hear a lot of good news about coral reefs these days, so the the discovery of more than 3,600 square miles of undiscovered reef at the mouth of the Amazon River is a pretty big deal. The Atlantic reports researchers in the 1970s caught a few types of fish that indicated a reef might be present along the coast of northeastern Brazil, but it wasn’t taken seriously. The waters at the mouth of the Amazon are some of the muddiest in the world, according to the Guardian. Sediment and other debris from all over South America are rocketed hundreds of miles out to sea, blocking the sunlight believed necessary for coral reefs to form. Even so, a Brazilian oceanographer hitched a ride on an unrelated research mission and convinced them to hunt for the rumored reef.

The result of that expedition, which was announced Friday, was a 600-mile-long reef of coral and sponges containing 73 species of fish, 60 species of sponges, and more. Researcher Patricia Yager tells the Atlantic she was “flabbergasted” to find a reef where conditions seemed to preclude its existence. But that existence—under environmentally difficult conditions—could be a great sign for the future of reefs currently being threatened by climate change. (Nearly the entire Great Barrier Reef is currently suffering from coral bleaching and much of it may not recover, Science Alert reports.) Unfortunately for the new reef, its existence is only getting more difficult. The Brazilian government is allowing dozens of oil drilling operations essentially on top of the newly discovered reef. (Under Yellowstone,scientists found an enormous magma reservoir.)

This article originally appeared on Newser.