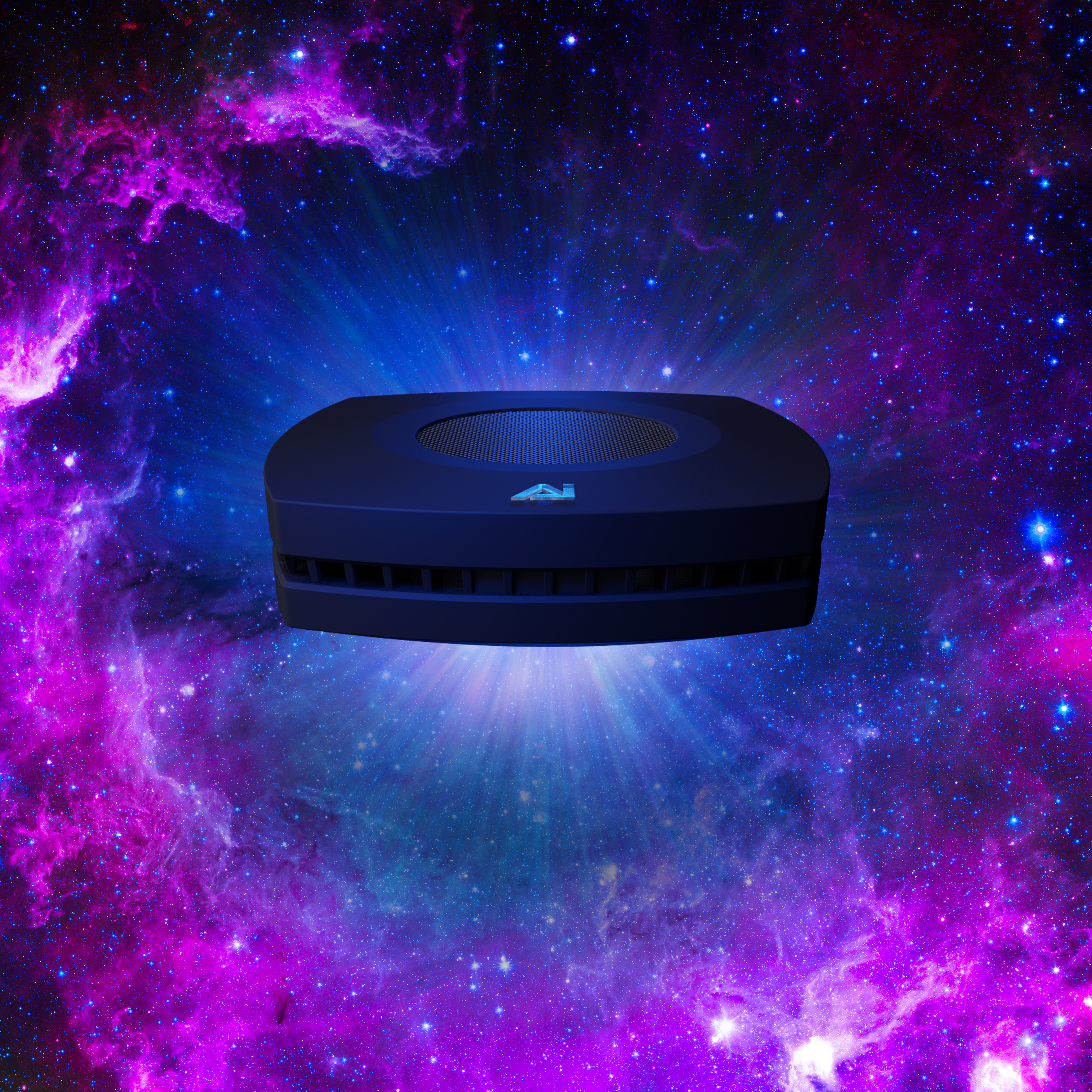 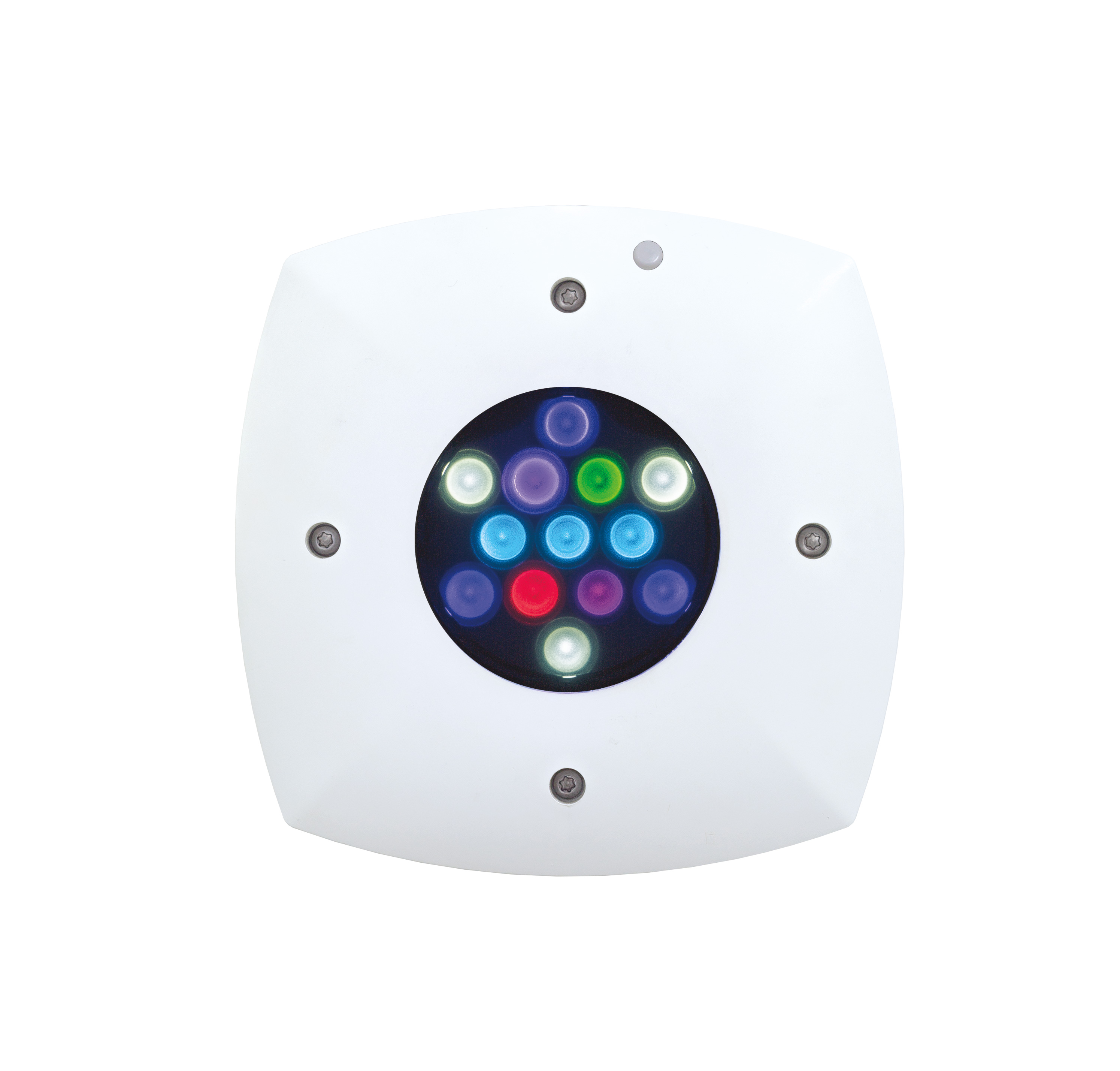 Back in August of 2014, Aqua Illumination introduced it’s first LED fixture with built in WiFi called the Prime. Fast forward almost two years and the AI Prime HD is born.  AI is improving the fixture with the same HD power featured in it’s flagship Hydra FiftyTwo HD and smaller TwentySix HD models.  The HD power enhancement gives the user the ability to overdrive one or more of it’s 7 LED channels by borrowing power from a lesser used channel.

Although the physical appearance of the HD model appears to be identical to it’s predecessor, having the same number of diode colors, LED configuration, it is what’s inside of the package that is innovative and groundbreaking. AI has redesigned the power distribution and controllability features inside the fixture via some pretty cool, advanced engineering.

Have you ever wondered why anyone would want to run red, green and sometimes white LEDs at 100% power? Evidently, AI saw this as an issue as well so they built the fixture in a way to redistribute the power to other LED channels by re-engineering the circuit boards.

From AI – “No longer are you limited to using a fixed amount of power per color channel, the HD dynamically adjusts power available to each color, borrowing power from the colors you’re not utilizing. Giving you the most vivid spectrum your tank has ever seen.” 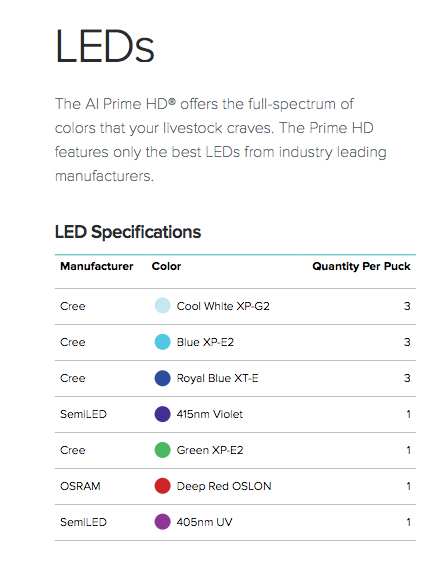 For example, let’s say you only want to run the green channel at 10% power throughout the day but you would like to run the 415nm channel above 100%.  Now, with the HD models you can do just that.  The HS series Hydra fixtures now give you the power to redistribute available power as you see fit.  As you can see from the graphic below power can now be increased beyond 100% as long as another channel is below 100%.

In addition to the HD power distribution feature,  at 55 watts, AI has added an additional 5 watts of power to the Prime, an increase of 10% giving it enough power for a 24″ x 24″ aquarium.  AI has also upgraded the LED diodes to the same models used on it’s more expensive TwentySix HD and FiftyTwo HD models.  By doing so AI tells us that the spectrum is slightly different while providing higher PAR numbers.  Retail pricing for the US is $225.00 on the fixture.  Like it’s predecessor, the tank mount arm ($29.99), hanging kit ($19.99) and flex arm ($24.99) are sold separately. 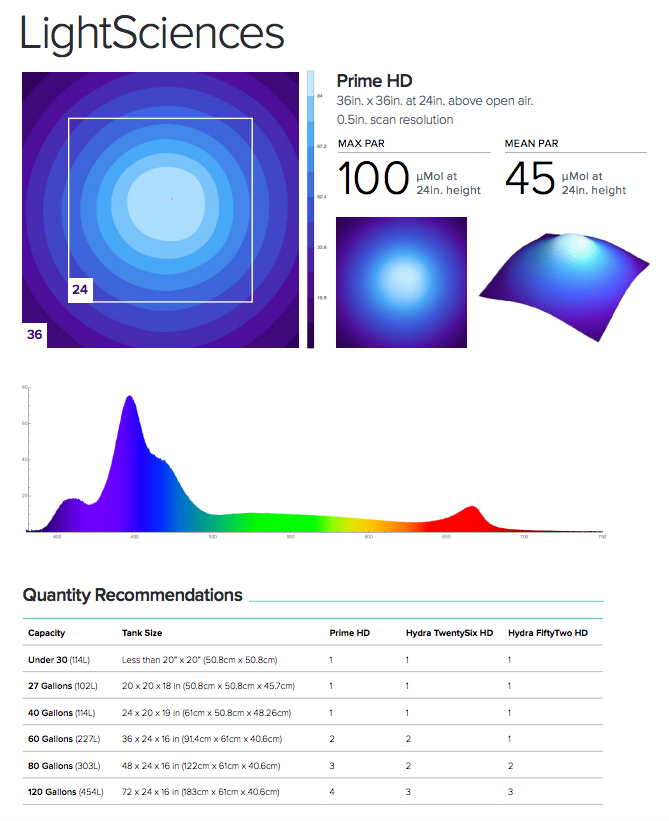