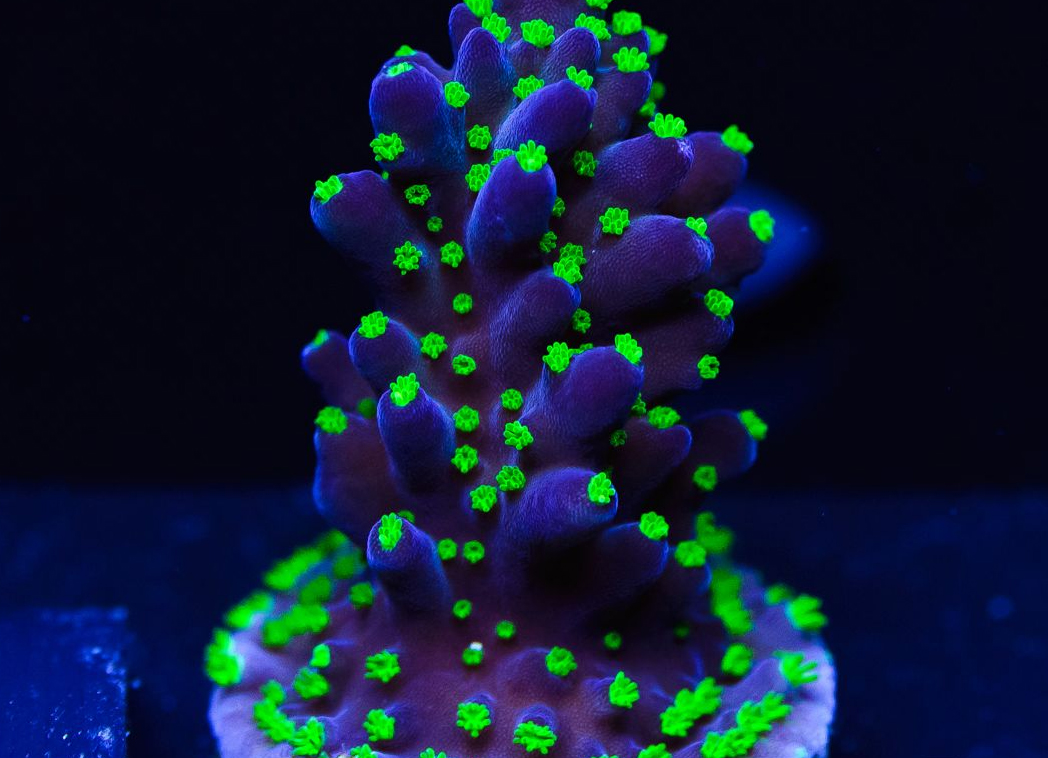 The origins of the name Garf Bonsai go way back to when hobbyists, collectors, coral farmers and scientists were just beginning to create names for specific species, color variations and lineages of collectible corals.

Among the first corals to be named was the Acropora Purple Monster in 1995 when Steve Tyree grew it from a small colony which he had obtained in 1992 (which happens to be the same year I found the “nub”…. more on that next week).

The GARF Purple Bonsai has always been a highly prized and sought after coral in the reefing community.  It’s bright green polyps and purple skin are hard to match when compared to more common color morphs of A. valida, making this our featured coral of the week.

Acropora corals tend to be more challenging to care for in the reef aquarium.  Many species, including the Garf Bonsai, are extremely sensitive to changes in light, temperature and water parameters.  Adequate water flow and stable conditions are necessary to sustain this coral. Deeper coloration is best seen by placing this coral in the bottom half of the water column and in an area of the tank with medium to strong but turbulent flow.