Trending
You are at:Home»Aquarium Livestock»A look at Wrasses; The Labridae Family 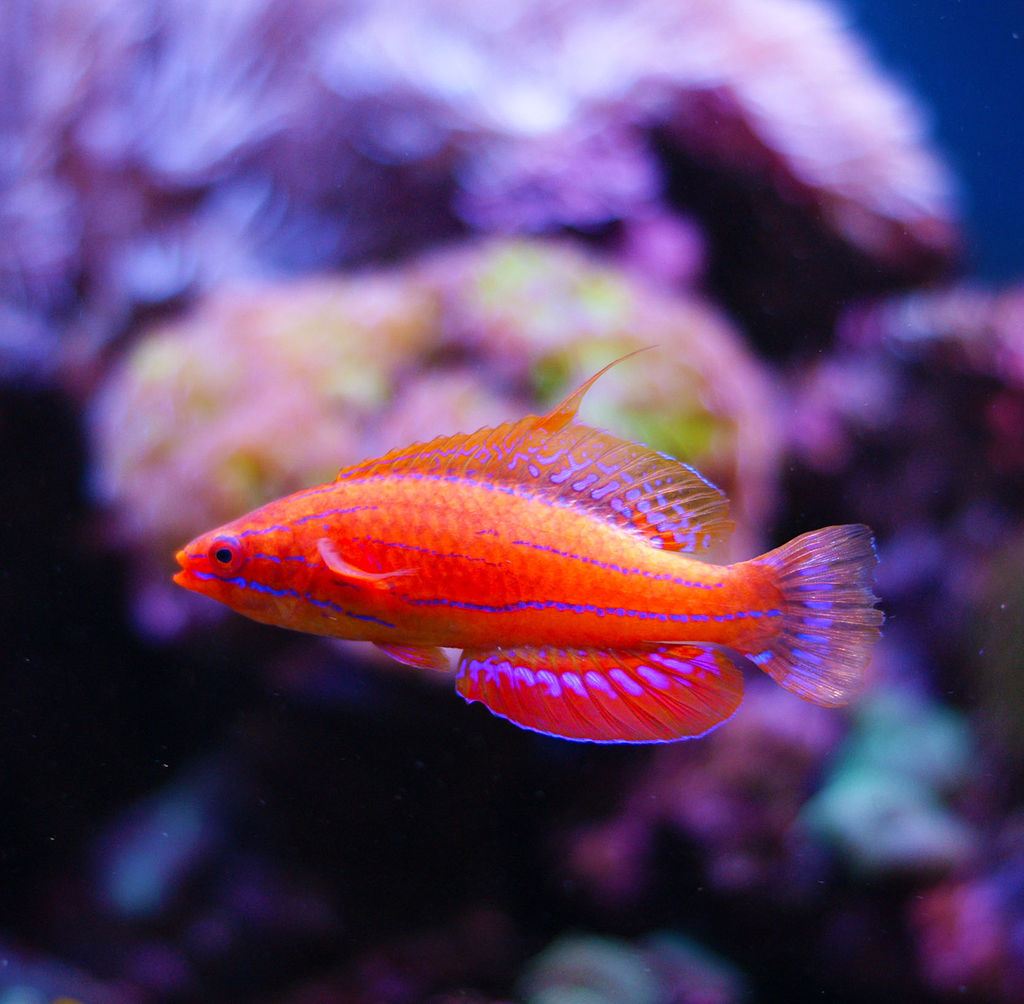 Wrasses are one of the most common fish in the aquarium trade but did you know that there are over 600 species of identified Wrasses within 82 genera; making Wrasses one of the largest fish families.  Typically, wrasses are small in size with most maturing to under 8 inches long.  However, some such as the Humphead wrasse can grow to over 8 feet in length!   While most wrasses are efficient carnivores, typically feed on small invertebrates, the Humphead feeds on mollusks, reef fish and sea urchins. Some have even been known to eat poisonous sea hares, boxfish and crown-of-thorns starfish.

Wrasses are generally bottom dwellers, found primarily on rocky coral reefs or sandy bottoms and grass bottoms. Many species are long-lived, slow-growing and peaceful. Wrasses are typically slender with distinct color forms that vary and change with maturation and gender. Known for elaborate courtship rituals and color flashing in some species, Labroidei fish are among some of the favorite aquarium fish.

Most species of Labroids typically reproduce through broadcast spawning by releasing high numbers of eggs, which are broadcast by tidal currents leaving fertilization and development up to chance. Others Wrasse in the family Labrini, for example, build nest in the substrate, usually out of of plant material and the male guards the eggs after they are deposited. (Thresher, 1984; Wheeler, 1985).  Sex change in wrasse is generally female-to-male, but experimental conditions have resulted in male-to-female sex change by placing two male Labroides dimidiatus wrasses in the same tank and the smaller of the two fish become female again.

Wrasses are typically hardy and peaceful, however, a few species are extremely difficult to keep in captivity, such as those in the genera Labroides. Some wrasses are social their entire lives, however some are social as juveniles and become aggressive as adults, and yet others are aggressive their entire lives.  Males are very territorial and will aggressively guard their harem from neighboring males. These fish are active feeders during the day.  Some species have a strict diet of eating plankton, while other species feed on detritus, and other invertebrates species.  Some species like the cleaner wrasses, pick off and eat external parasites of larger fishes, forming a symbiotic relationship.  All wrasses are diurnal; and all hide at night either by burying themselves in the sand, Leopard wrasses for example, or wedging themselves into crevices to try and avoid being picked off by nocturnal predators.

In the coming weeks, we will be covering various wrasse species that tie back to this general overview of the Labridae family of wrasses.