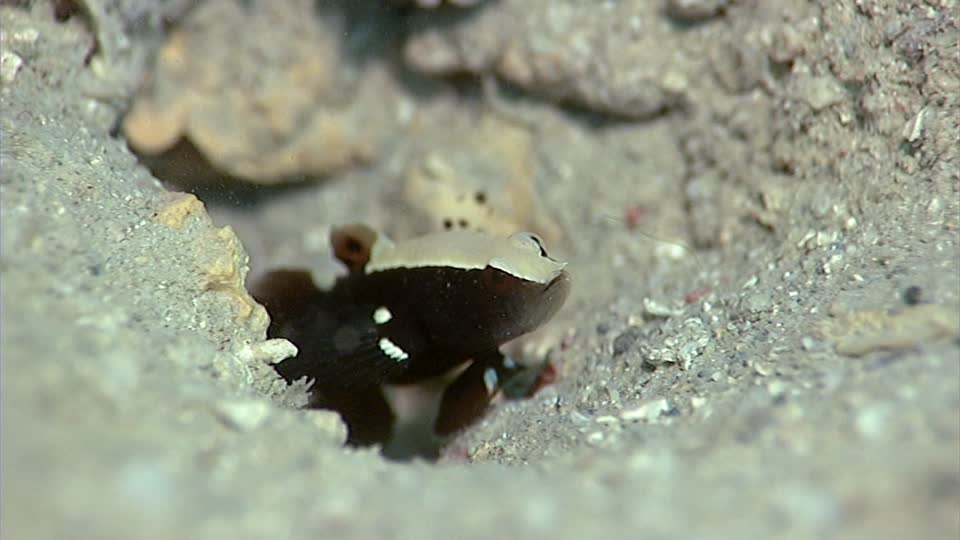 The Whitecap is the common name for Lotilia graciliosa but their is nothing common about this beautiful little commensal fish.

Rarely seen in the trade, Lotilia graciliosa or Whitecap is aptly named for it’s white cap that stretches from the upper lip to the dorsal fin.  Often consider the “Holy Grail” for goby lovers, the Whitecap is rarely seen in the hobby.  On doing a search for information on the species, we noticed that there were several references to this fish back in 2010.  At that time, only a few were available and they fetched a very hefty price of $900.00 for a fish that only grows to about 1 3/4″ in length.  Pricing and availability have slightly improved since 2010 but this fish is still considered a rare find under $400.00.

The Whitecap is sometimes collected around Eastern Asia but specifics on where this fish ranges is somewhat a mystery.  Some have have been collected from the Ryukus to Sulawesi to the Marshall Islands and Cebu but the extent of it’s natural range is not fully known since this little fish is rarely collected and difficult to find.

Like some of the other goby species, The Whitecap is commensal in nature.  Typically the Whitecap lives in or near it’s burrow created by a pistol shrimp.  Together they share the burrow for protection and they can be observed on sandy reef flats, reef margins and sandy reef slopes.

In the aquarium the Whitecap gobi and easily accepts frozen meaty foods while the shrimp are omnivorous and collect large pieces of frozen fish positioned close to the entrance of the burrow.  Together they collect the food and transport it immediately into the burrow, where they feed on their prey.

If you are considering a goby and you are looking for something unusual and hard to obtain, then you might want to consider keeping this fish and a pistol shrimp in an aquarium with at least a 2 1/2″ deep sand bed.