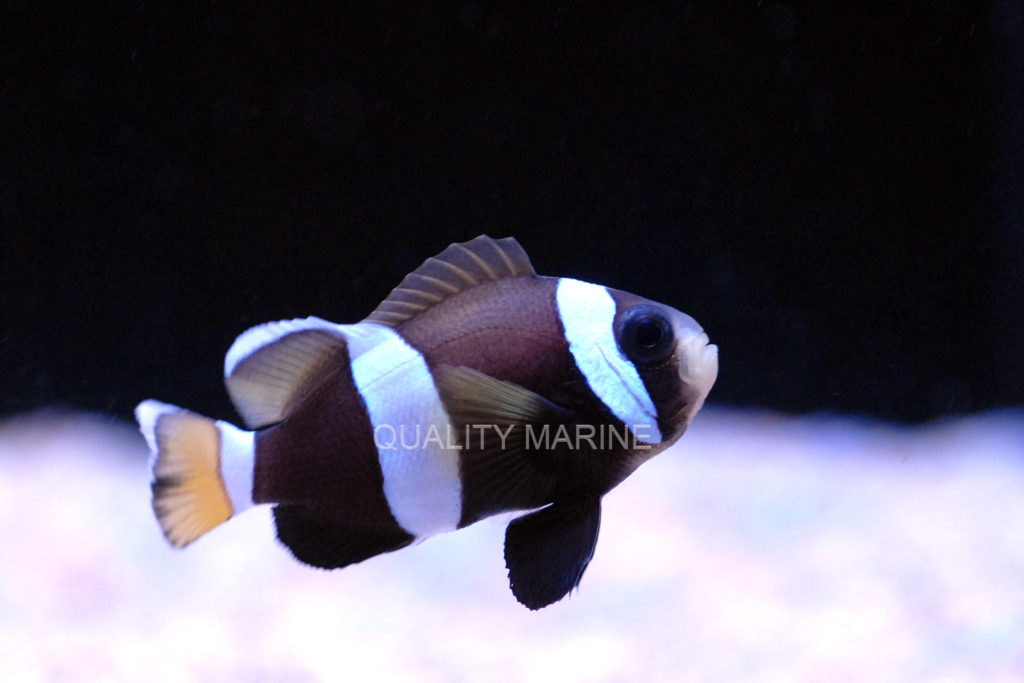 Clownfish have long been one of the most popular fish in the marine aquarium trade. Due to advances in technology along with a better understanding of the process, the supply of cultured clownfish has grown exponentially in the past 10 years. Several commercial farms grow thousands of these fish for the US market every year.  Now, a very rarely seen species (either wild or cultured) is at Quality Marine.  I’ve not seen this fish in person before and Quality Marine tells us that they have not been available for over two years; aquacultured or wild caught.

The Wideband Clown is found in the waters surrounding Australia ranging from Southern Queensland to Northern New South Wales and Lord Howe Island, hundreds of miles away from the majority of saltwater aquarium fish collecting to the north.  Because of their remote location and large collection size, most ship poorly and have much less of a chance at survival from collection to the aquarium.  They commonly inhabit coral reefs at depths of up to 45 meters (147 feet).  Looking a little like the front end of a pug, their primary food source is small zooplankton and they also graze on various types of turf algae (mostly to clean rocks for spawning). 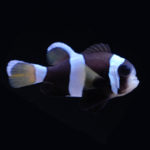 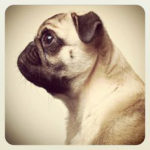 Like most clownfish the Wideband is known to create symbiotic relationships with anemones (Heteractis crispa), which they use as a source of protection. 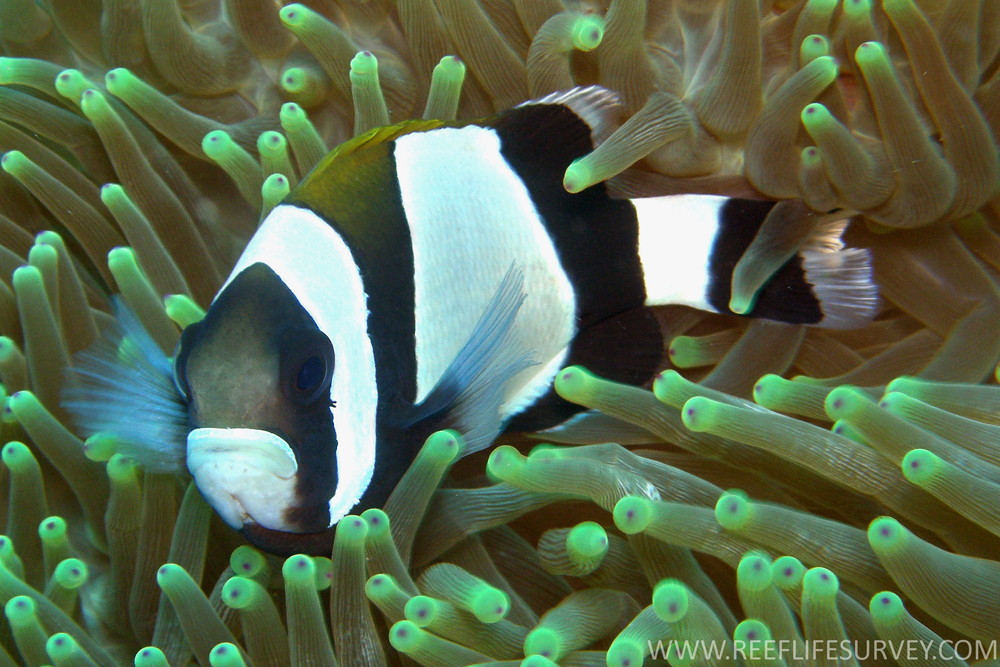 Clowns are one of the hobby’s great aquarium residents being both active and notoriously hardy when obtained from a reliable source.  Aquacultured specimens are even more reliable.  The Wideband Clownfish is an omnivore and will eat a variety of foods, from frozen enriched brine and mysis, to pellet and flake foods. Use caution when adding multiple to the same tank unless they are a mated pair because, like many clowns, the Wideband can be aggressive.

Choosing aquacultured specimens is an excellent sustainable option for any aquarium, one we support and recommend whenever possible.  These clowns are a magnificent option not just for their rarity and appearance but being aquacultured, these fish are also accustomed to captive conditions, eating processed foods and very used to positive human interaction.

The street price for these aquacultured specimens will likely be in the $200.00 range but supply is limited at this time so expect prices to be wide ranging.