Trending
You are at:Home»News»How sharks can help the US Military in the future 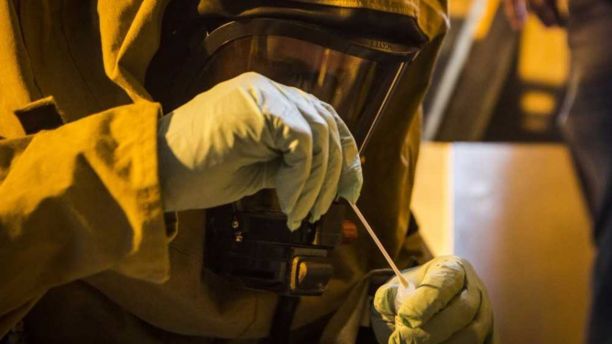 Could something in shark blood help American soldiers detect invisible, dangerous weapons and defeat them?

With advanced senses, sharks can hunt their prey by detecting even the tiniest of traces. Just one drop of blood in an Olympic-sized swimming pool would get the attention of a shark.

Now the U.S. military is investigating whether a protein in shark blood can help hunt for chemical and biological weapons and reveal them before they harm military personnel.

Early detection is vital because it helps ensure early and correct treatment which can be the difference between life and death. It can also be critical to ensuring soldiers who are not yet exposed can be given protective medications in some instances.

But detection is difficult because these weapons can be far too small to be seen by the naked eye. Many of them are also odorless, presenting another problem for detection. These tiny threats can travel invisibly through the air to attack U.S. warriors and cause agonizing suffering – and in many cases, death.

Chemical weapons can cause horrible varied symptoms from blistering on the skin, suffocating sensations, lungs filling with fluid through to convulsions, coma and with some, death within minutes of exposure. Depending on the agent, biological warfare also causes a range of cruel symptoms from nausea and rash through to boils, hemorrhaging, paralysis and slow, painful death.

Is the key in shark blood?

US forces deserve the best solution possible to detect these threats. Sharks have ancient antibodies and these special antibodies have great potential.

Antibodies are protective proteins that the immune system makes in response to antigens, which can be a wide range of foreign substances, including toxic materials.

Eventually, this component in shark blood could help to warn U.S. service members they are under threat and at risk from biological and chemical weapons on the battlefield.

What is the threat of chemical and biological weapons?

Chemical and biological weapons have the potential to kill vast amounts of people, military and civilian alike.

Although the use of chemical weapons has been banned since the Geneva Protocol of 1925, they continue to be developed and used.

Syria, for example, is believed to have mustard gas, sarin and chlorine. It is also believed they are working on toxic nerve agents like VX gas. They could also unleash these threats U.S. forces, using artillery rockets, ballistic missiles and aircraft.

The United Nations confirmed sarin gas was used in the Syrian capital Damascus in 2013. Under pressure that year, Syria agreed to destroy their chemical weapons in an agreement negotiated between Russia and the United States.

And yet in 2015, the UN Security Council believes a third chemical weapon attack occurred using chlorine gas. And this year, there was another suspected attack.

Many detection and treatment approaches tend to use mammal antibodies. Using shark antibodies instead provide advantages like the fact they are smaller and are also more stable. They could prove a lot more suitable for the field.

Chemical and biological threat detection tools can come at a hefty price tag.

This shark project is a great example of out of the box thinking that may improve the safety of US warfighters at a lower cost.

Allison Barrie is a defense specialist with experience in more than 70 countries who consults at the highest levels of defense and national security, a lawyer with four postgraduate degrees, and author of the definitive guide, Future Weapons: Access Granted, on sale in 30 countries.  Barrie hosts the new hit podcast “Tactical Talk”  where she gives listeners direct access to the most fascinating Special Operations warriors each week and to find out more about the FOX Firepower host and columnist you can click here or follow her on Twitter @allison_barrie and Instagram @allisonbarriehq.