Trending
You are at:Home»Aquarium Livestock»Angels in reef tanks? Yes – but be selective 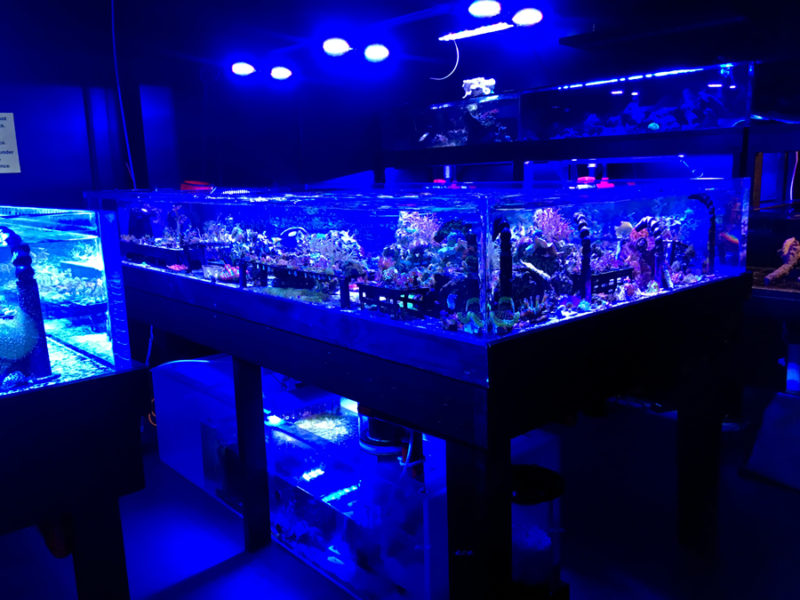 So you’ve brought a bit of the reef into your home, and you want to add a flash of color. You’ve got your heart set on one of the most popular aquarium-dwellers, the angelfish, but you’ve heard that might not be a good idea.

It’s true, most larger species of angelfish are not suitable for reef tanks, primarily because they have a propensity for chowing down on what makes a reef tank a reef tank. But one group seems perfectly fitted for the reef tank environment – the swallowtail or lyretail angelfish (Genicanthus).

There are six species of Genicanthus that would be right at home in your reef tank:

Lamarck’s Angelfish (Genicanthus lamarck) – Also known as the Blackstriped Angelfish. Silver-to-gray bodies are traversed by horizontal black striping. These stripes on females tend to be more pronounced. The dorsal fin is typically black, while the caudal fin is more speckled.

Masked Swallowtail Angelfish (Genicanthus semifasciatus) – Also known as the Japanese Angelfish. Females’ chests are somewhere between white and cream colored, easing into a brighter yellow toward the upper edge of the dorsal fin. Striking black bands mark the caudal fin and above the eye. On males, an orangish-yellow hue runs from the face along the side of the body, interrupted by vertical bars along the way.

Spotbreast Angelfish (Genicanthus melanospilos) – Also known as the Blackspot Angelfish or Blackspot Lyretail Angelfish. Females are yellow up top, light blue below, with more of a marine blue caudal fin bracketed by very dark blue lines up and down. On males, vertical red stripes traverse a pale body back to the forked tail, which is yellow rimmed by blue.

Watanabei Angelfish (Genicanthus watanabei) – Also known as the Watanabe’s Lyretail Angelfish. Females are a shimmering light blue, except for a dark dorsal fin. On males, a horizontal orange stripe accompanies other darker stripes along the lower part of the body.

Aquarium hobbyists generally have had a mixed experience with keeping these species in a reef tank for various reasons, primarily because they are prone to nip at coral, especially when they aren’t kept fed properly:

Keeping these species in a reef tank will put your environment at risk in pretty much any circumstances:

As you’ve probably figured out by now, fish can be like people. They have different personalities and behaviors – some innate, while others are learned. Some fish of the same species may never nip at corals, while others seem reef-safe at first and then their behavior can change as they age. Some will do fine if they’re alone, but become problematic in the presence of another species, or if you have two males of the same species in the tank.

Bottom line: Keep a close eye on any new livestock you introduce to your reef tank!