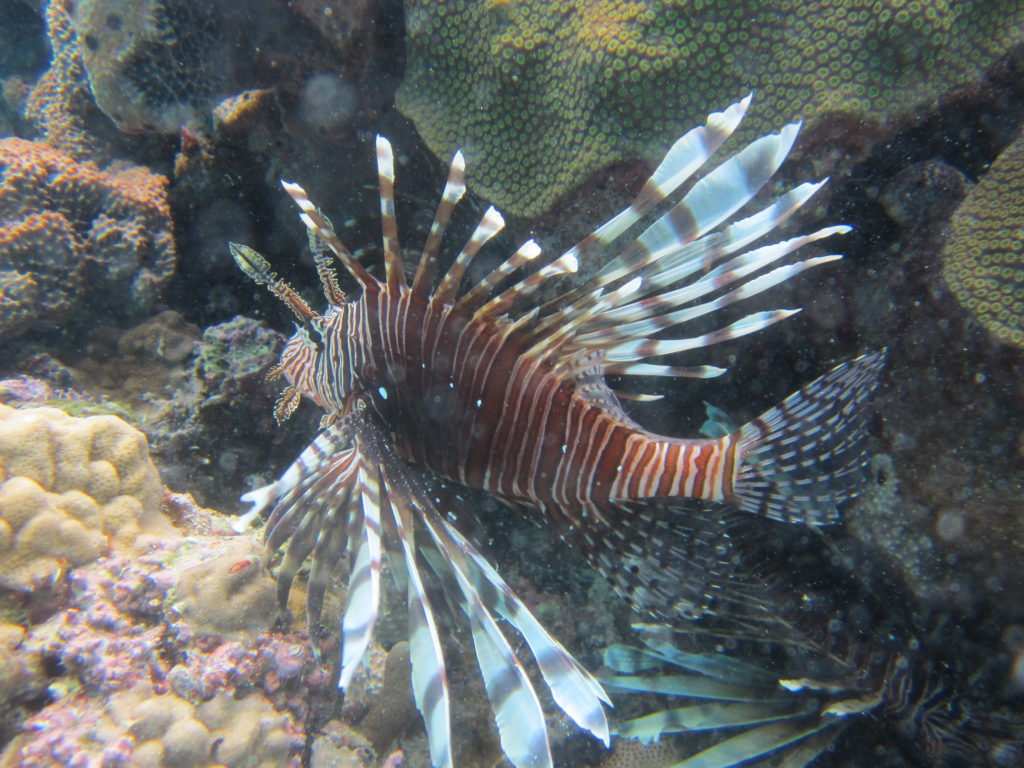 MASNA is proud to announce that the Quarter 2, 2017 publication funded by the Dr. Junda Lin Memorial Fund for Publishing Open Access Marine Aquarium Research is now freely available to the public as an open access article. 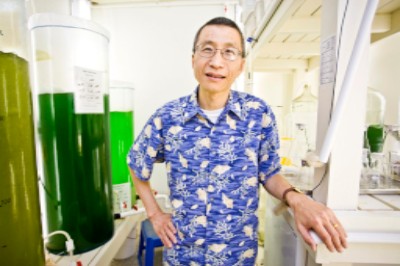 In 2017, MASNA introduced the Dr. Junda Lin Memorial Fund for Publishing Open Access Marine Aquarium Research with the goal to off-set the cost to students of publishing research as open access articles in order to promote the spread of scientific ideas to not only scientists, but to anyone who is interested in the research, by making it freely available.

Dr. Junda Lin was a Professor of Biological Sciences at the Florida Institute of Technology and the Director of the Institute for Marine Research (IMR). Dr. Lin’s Lab focused on the development of aquaculture technology for marine ornamental species to offset and replace wild collection. Dr. Lin’s lab studied the basic biological processes of several shellfish and fish species, evaluated their aquaculture potential, and developed cultivation technology.

Rather than in the traditional scientific publishing scheme, where the reader of the scientific article incurs a cost to access the article, with open access articles, the article is available to the world, and the author is charged a fee when the article is accepted by the publisher.

Therefore, the Dr. Junda Lin Memorial Fund for Publishing Open Access Marine Aquarium Research is a fund sponsored by individuals, aquarium clubs, businesses, and universities that provides students with a financial offset to the costs of publishing a scientific article as an open access article. More information on how to apply and the donation link can be found here: http://masna.org/masna-programs/memorial-publishing-fund/ 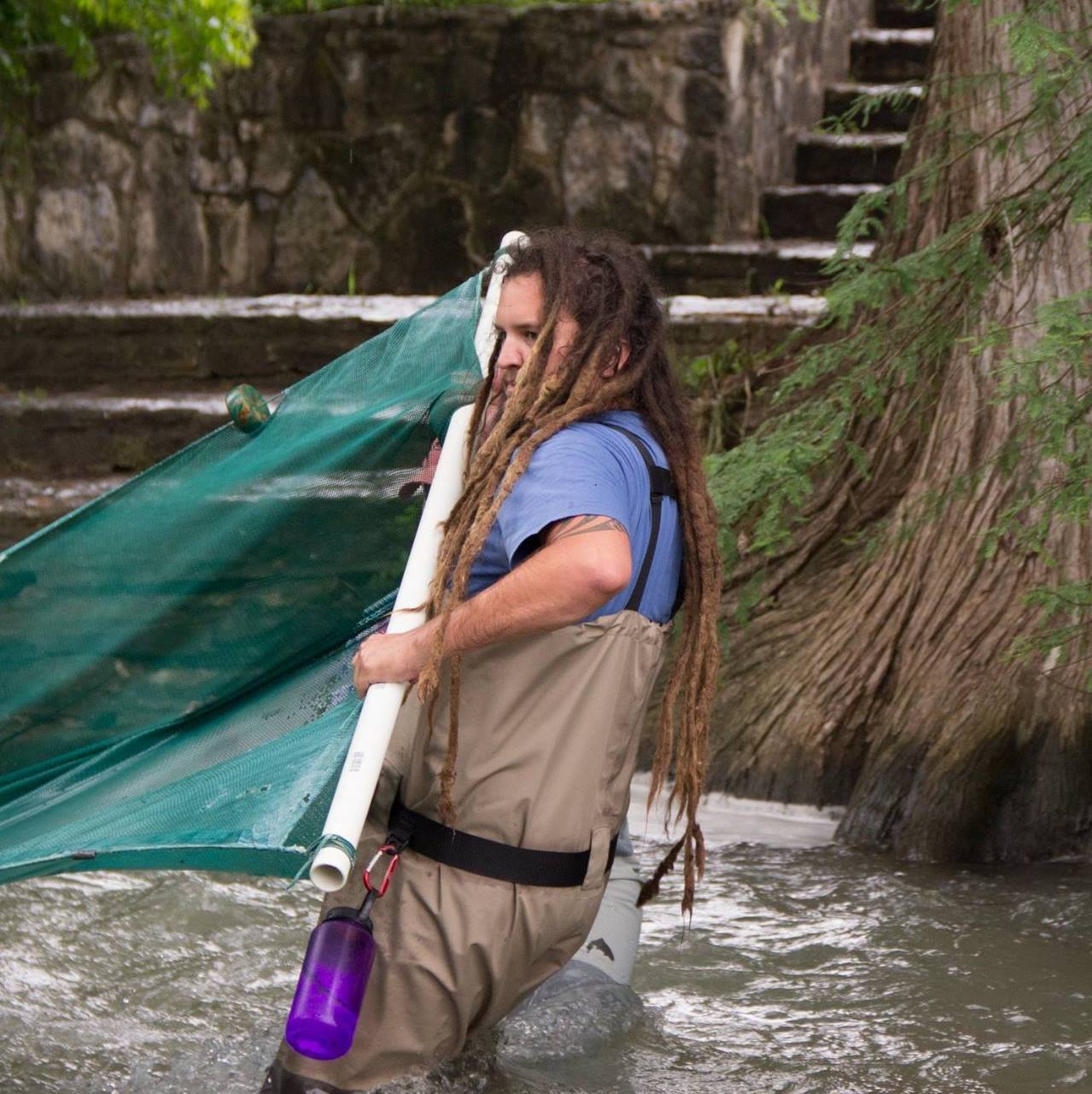 Our Q2 recipient is Jason Selwyn, of the HoBi Lab, Department of Life Sciences, Texas A&M University—Corpus Christi, in Corpus Christi, Texas. Jason is a Ph.D. Candidate, attended MACNA 2017 where he presented a poster on his work, and is the primary author of the paper which was recently published in PeerJ entitled “Simulations indicate that scores of lionfish (Pterois volitans) colonized the Atlantic Ocean”.

CORPUS CHRISTI, Texas – For more than a decade, lionfish have created a global problem by invading the United States Atlantic coastal waters, the Gulf Coast and the Caribbean Sea. Initially, it was believed only nine to ten lionfish were introduced, but a study from Texas A&M University-Corpus Christi, titled “Simulations Indicate That Scores of Lionfish (Pterois volitans) Colonized the Atlantic Ocean,” shows the number of introduced lionfish could be closer to more than 180. In addition to destroying native fish and plants, lionfish are capable of harming the economy. 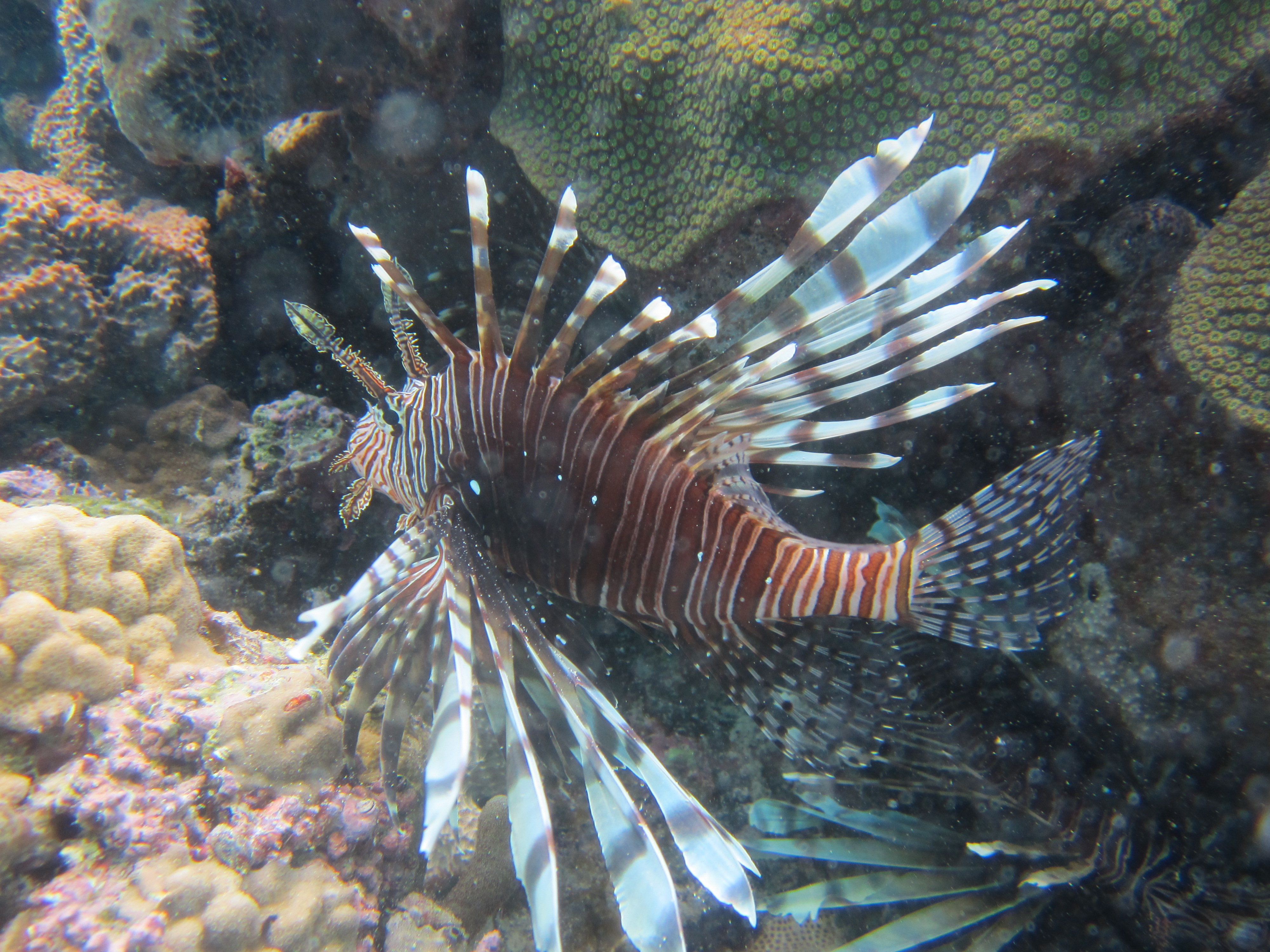 The first local sighting was at South Packery Jetty Beach, which is between Mustang Island and Padre Island, in 2013. Locally, lionfish live around structures like piers and jetties, but also make off-shore oil and gas platforms their homes.

“A primary concern for Corpus Christi is that they compete for food with many of the commercially and recreationally important fish, like red snapper,” said Dr. Christopher Bird, Assistant Professor in the Department of Life Sciences at Texas A&M-Corpus Christi. “People who encounter and handle lionfish also have the risk of a painful, but not deadly, sting from venom injected by the fish’s spines.” 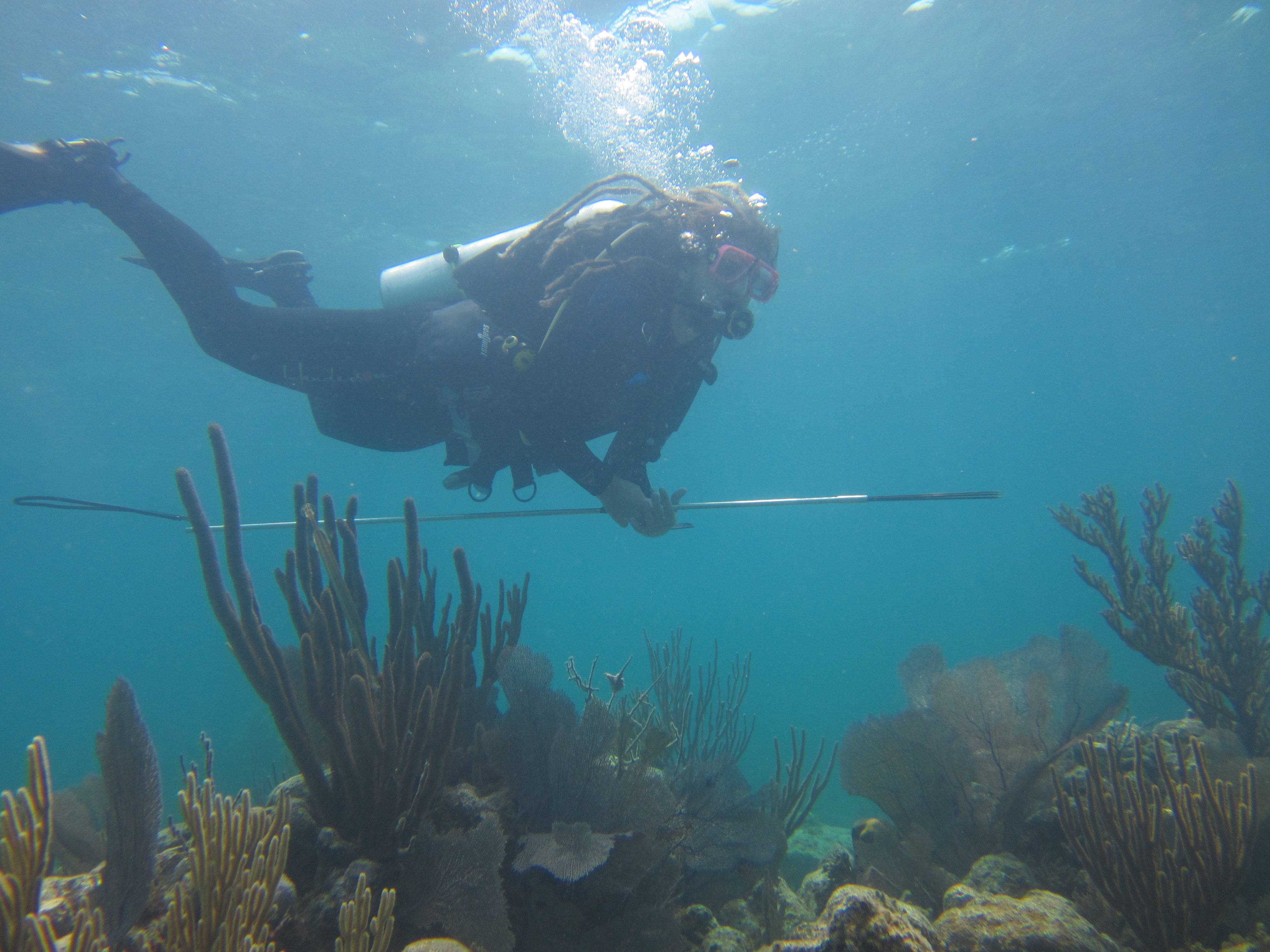 “Lionfish are one of the worst marine invasive species in the Atlantic Ocean,” said Hogan, A&M-Corpus Christi’s resident lionfish expert. “Studying how their populations first arrived here and how they spread so quickly can help us understand how to prevent the establishment of future invasive species.”

The research began when Bird, A&M-Corpus Christi’s resident population genetics expert, read one of Johnson’s papers detailing how less genetically diverse the lionfish became with each new region they invaded. That’s when he knew it was possible to start estimating how many lionfish were introduced. The team began conducting their research through running computerized population simulations. 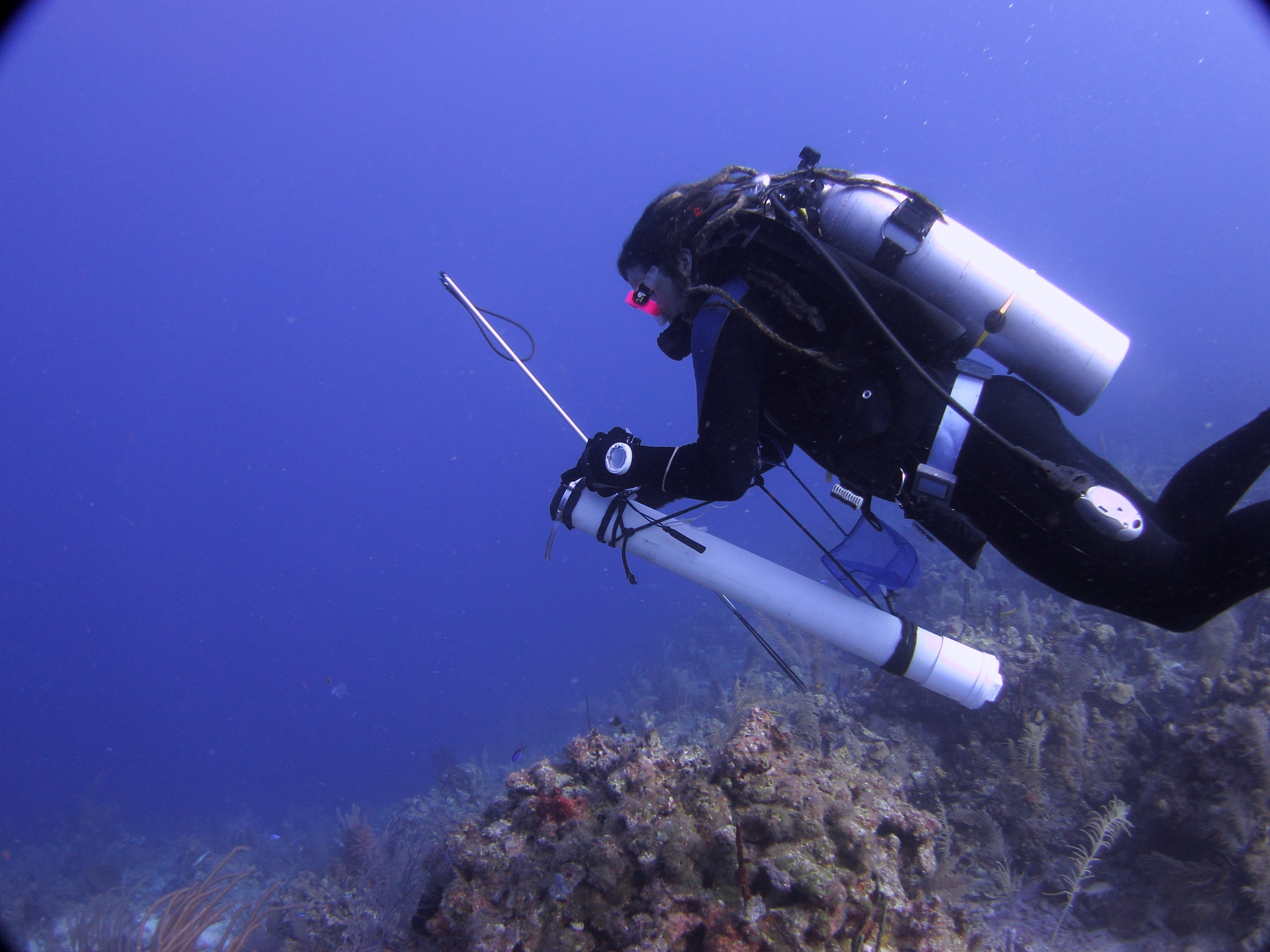 “The jellybeans are like the lionfish genes that we’re looking at. There are different varieties of lionfish genes, just like the colors of jellybeans,” said Bird. “What we did was simulate reaching out into the Indo-Pacific, pulling out lionfish populations and placing them in the areas they invaded.” 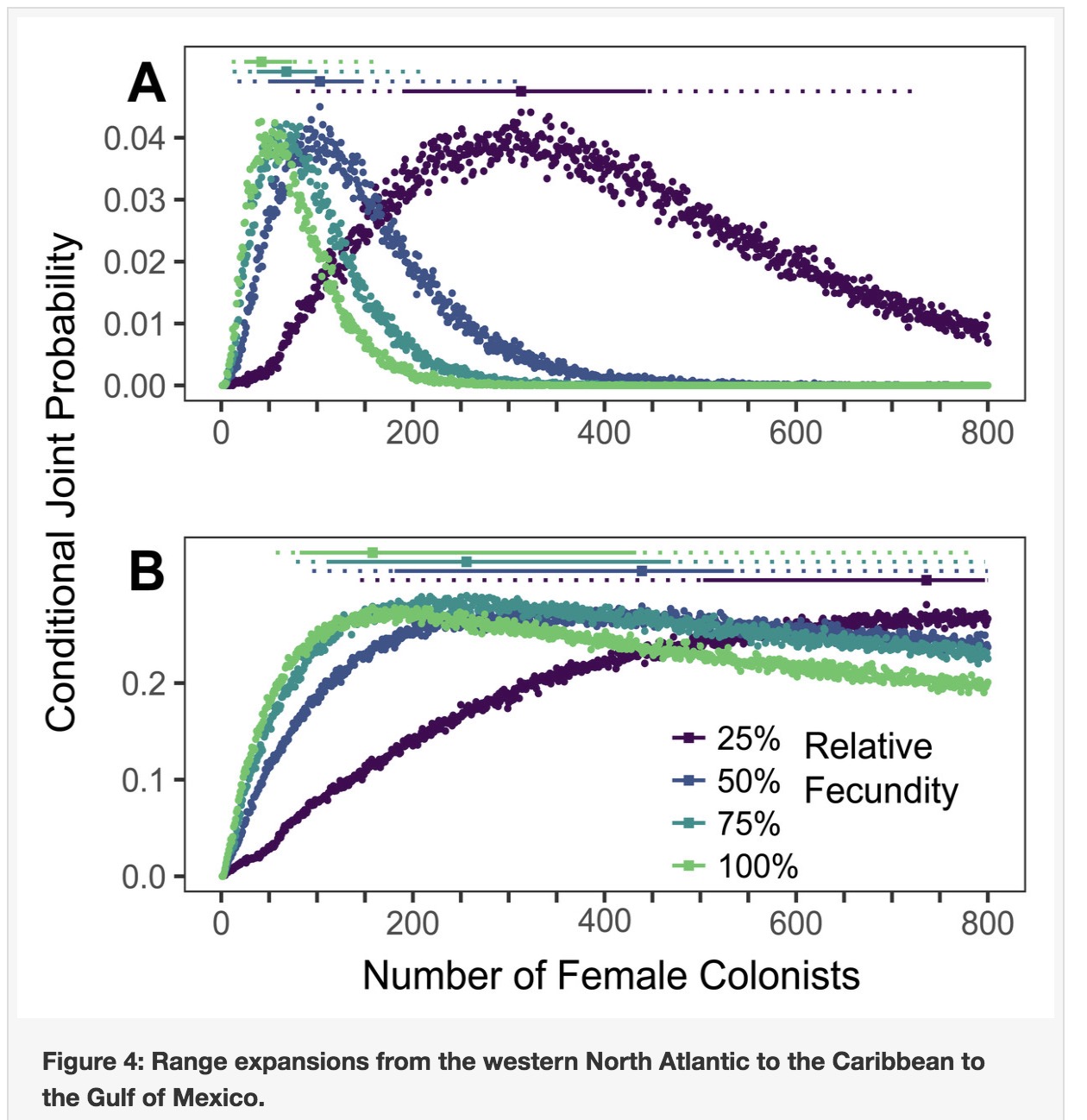 Lionfish are hardy creatures, with the ability to survive in tropical and subtropical water, from 10-foot to 500-foot depths. Through their voracious appetite and reproductive habits, lionfish have reduced the number of native fish and prevented juvenile fish from repopulating reefs. This has led to the current lionfish invasion being unstoppable.

However, A&M-Corpus Christi researchers hope their new information can help inform policies to prevent future invasions. Their study discussed three areas to focus on:
•    Containing non-native species;
•    Education for wholesalers, retailers, home aquarists and the public;
•    Creating incentives and penalties for those who follow or violate regulations.

The majority of the study was completed as a part of a doctoral course at A&M-Corpus Christi. The course provided globally relevant hands-on experience for all co-authors as they developed a research question and saw it through to publication.

The article can be found for free here:  https://peerj.com/articles/3996/

Congratulations to Jason and his co-authors!MASNA would like to thank the donors that have contributed to our memorial fund thus far.

MASNA welcomes donations from any organization or individual who shares the belief that advancements in science should be freely available to the general public.

The Q1 2018 application deadline closes March 31, 2018. For more information and to donate to the fund, please click here: http://masna.org/masna-programs/memorial-publishing-fund/