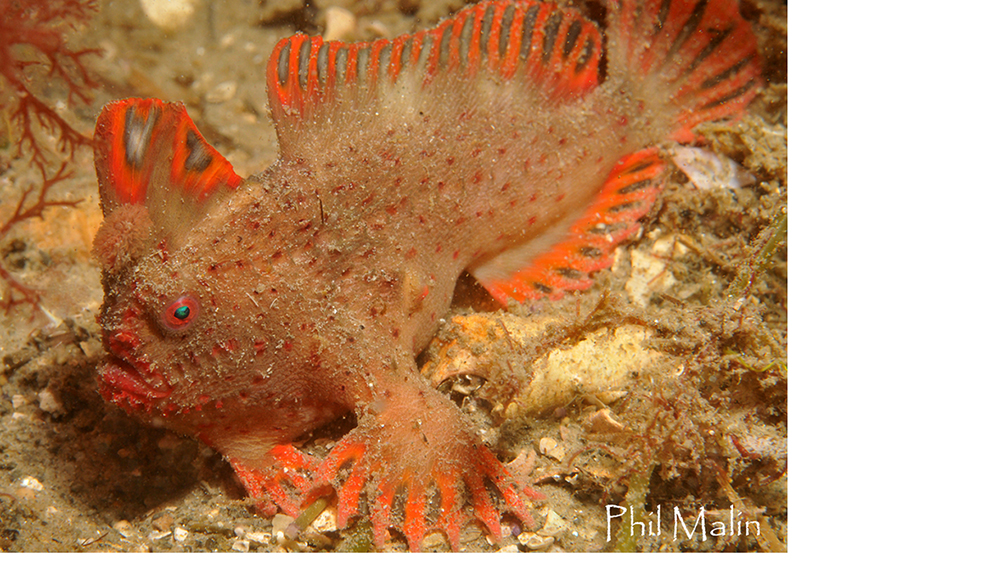 The Red Handfish (Thymichthys politus) is one of the worlds rarest fish. Thanks to a lucky discovery the known population has just doubled in size. A new group of these fish were just recently discovered off the coast of Tasmania, Australia.

The newly discovered colony of rare Red Handfish could optimistically double their total population to 80 individuals. The Red Handfish gets its name from the hand-shaped pectoral fins which are used for walking on the seafloor. The fish doesn’t really swim – it walks slowly along the seafloor in search of prey.

HABITAT
Along reef-sand junction, sandy areas around and on rocky areas

A team of divers from Australia’s Institute for Marine and Antarctic Studies and the Reef Life Survey heard reports that a Red Handfish was seen in another area off the coast of Tasmania so they went down to investigate.

After two days of diving, they were about to call the mission off when IMAS technical officer Antonia Cooper spotted one of these cute little fish.

This is an important discovery because it means that their is potential for a larger gene pool. Breeding could be taking place between different groups of these fish but further research is required. Scientists are not sure if these two groups of fish are genetically distinct from one another. Since they are such slow movers and the two groups are a “number of kilometers away” from each other, it is unlikely that the two groups ever come in contact with one another.

According to the Australian government, the species has recently gone through a “marked decline.”  It is believed that these fish rely on green algae as a place to spawn, and that environment is being degraded because of an increase in a sea urchin population that grazes on the algae. It is also believed that rising water temperatures are also threatening T. politus.

There are fourteen known species of endemic Handfish living in the waters off south-east Tasmania. Hopefully through research and further conservation efforts, the Red Handfish will be here for future generations to enjoy.