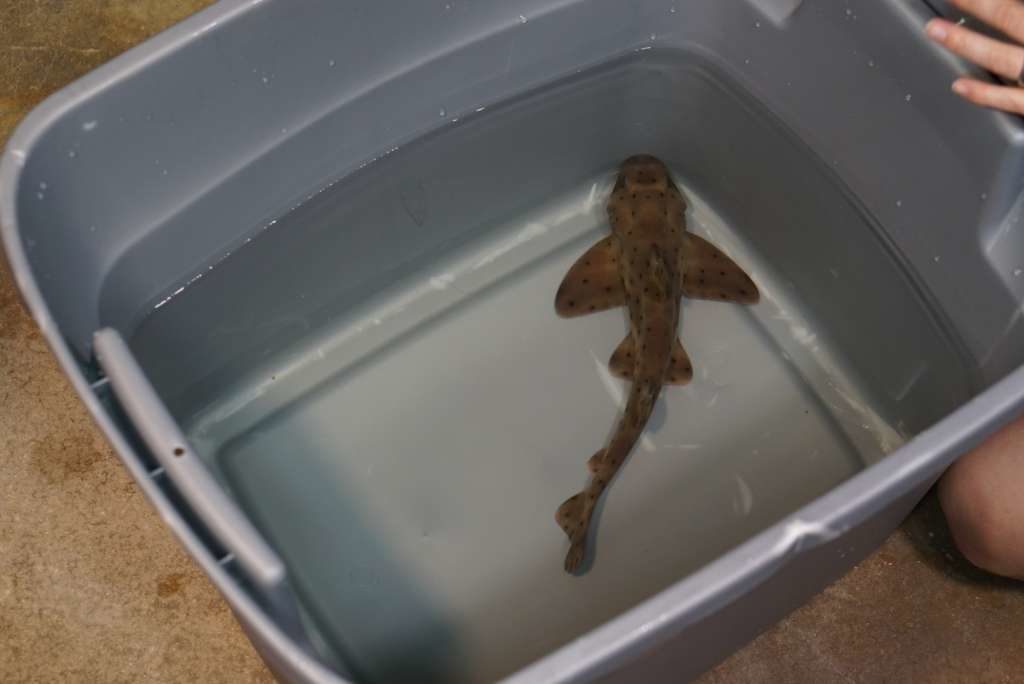 A gray horn shark that was stollen over the weekend but she is back home at the San Antonio Aquarium where a man was later arrested for taking her and placing her in a baby stroller.

Leon Valley Police Chief Joseph Salvaggio said Monday evening that the man, who was not been identified, later confessed to stealing the 1.5 foot shark after offices showed up at one of their homes with a search warrant.

The shark had been removed from the tank, wrapped up in a blanket and pushed out of the aquarium in the bottom part of baby stroller and placed in a bucket of water Saturday afternoon.

The 38-year-old brainiac from San Antonio faces a charge of theft between $750 and $2,500, police said and he said police expect to charge two additional people in shark theft.
The female shark, known as Helen, was brought back to the aquarium Monday evening and received a hero’s welcome from employees. Salvaggio said the animal was in “very good condition.”
The man told police he had had a horn shark of his own, but it died.

According to investigators, the men and a woman removed the shark on Saturday from an open touch tank where visitors can pet the sea life. In a statement, the aquarium said the trio “staked out the pool for more than an hour” before taking the animal.

Investigators said one of the men grabbed the shark by the tail while the other two people involved wrapped it in a wet blanket. The men then put the shark into a bucket and put the bucket into the bottom part of a baby stroller.

The aquarium said that in the process of putting the shark in the bucket, the group dumped a bleach solution into the exhibits filtration system. Public aquarium staff said the solution caused “harm to other wildlife” and added, “If it weren’t for the fast acting experienced staff, the bleach would have done more damage.”