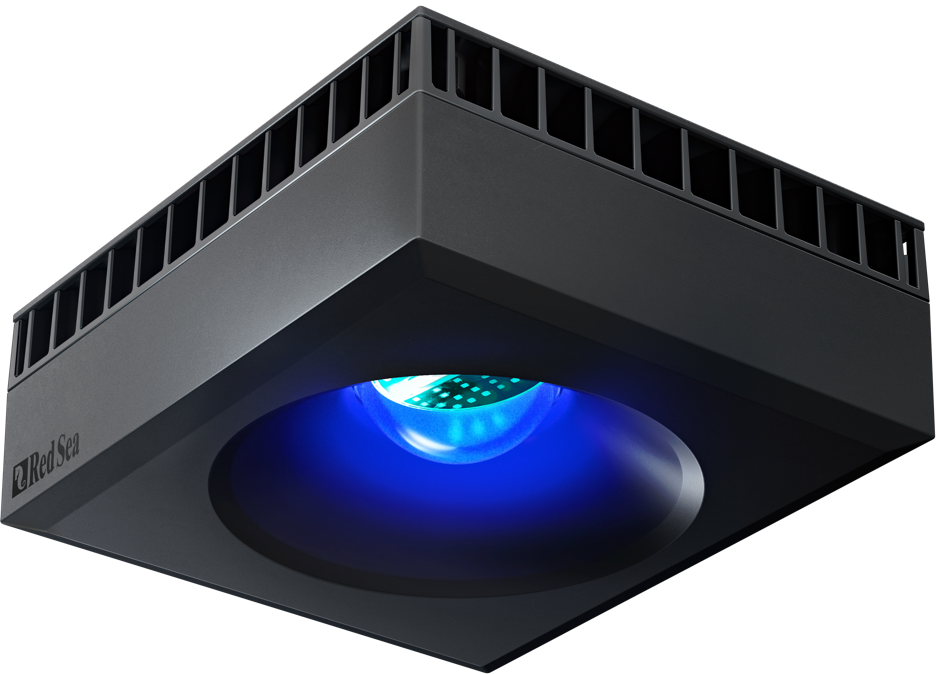 Red Sea has officially announced its 2nd LED fixture. Just a few short months ago Red Sea released the 90 watt ReefLED and now they are introducing a new 50 watt version. The 50 watt version was designed for aquariums up to 20″ in depth and it provides enough coverage to cover a 20″ x 20″ area. This light may also become popular for shallow frag tanks where higher intensity lighting is not required.

The new lights will be available as a bundled product with the Red Sea MAX® NANO systems. Existing MAX NANO owners wishing to upgrade their lighting to the ReefLED 50 will require the dedicated MAX NANO mounting arm. The universal mounting arm is suitable for tank widths from 14″ up to 20″ and a glass thickness of 5/16″ – 5/8. The arms can be rotated from side to side when reef-scaping or when other tank maintenance is needed.

Like the ReefLED 90, the 50 watt version features built-in Wi-Fi which will seamlessly connect to the internet though Red Sea’s ReefBeat® smart aquarium app.

The ReefLED 50 uses a compact LED array and the spectrum includes a multi-wavelength, 23,000 Kelvin “REEF-SPEC Blue” channel (a proprietary blend of blue, violet and ultraviolet LEDs) together with an 8,000K White channel. In addition, a separate dedicated 3W moonlight channel provides low levels of light for reef-safe night-time viewing.

ReefLED also includes an optical-glass, hollow lens that ensures a homogenous light spectrum with ideal PAR values throughout the aquarium. This prevents hotspots or areas with insufficient light for coral growth.

Below are some comparisons of the spectral output from both RedSea ReefLEDs. 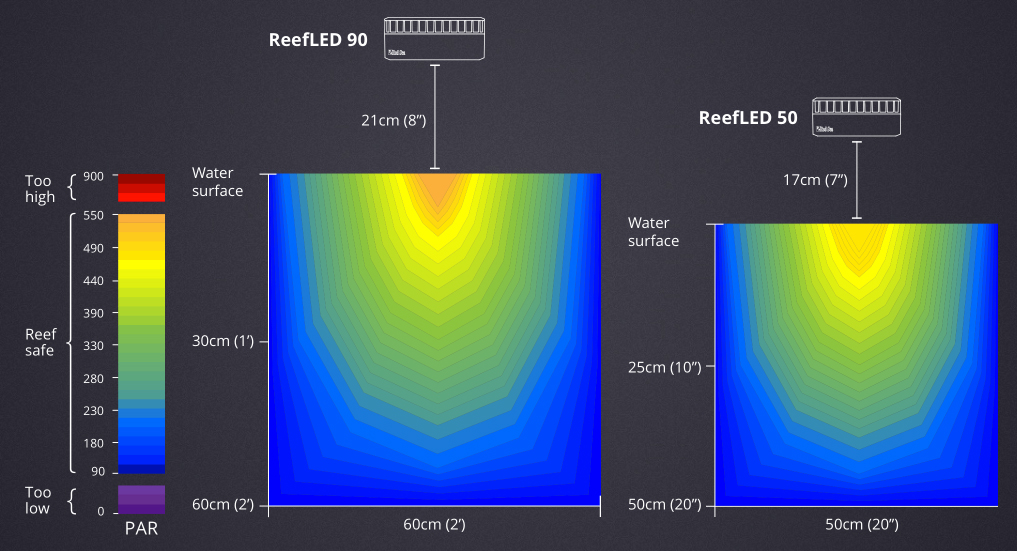 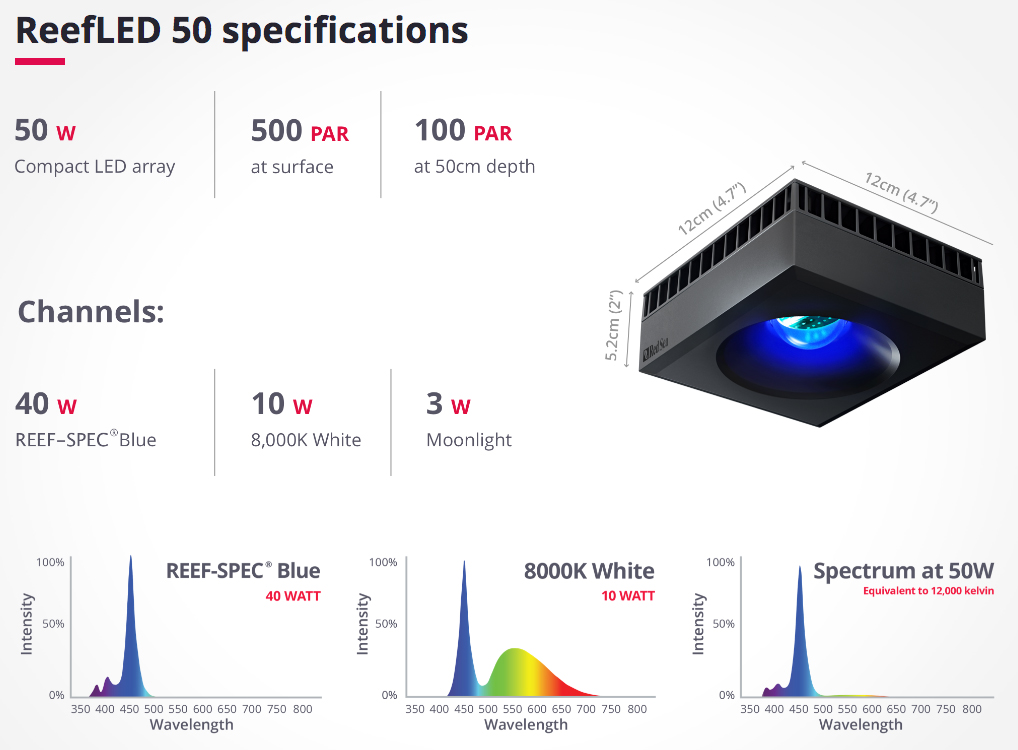 The retail/MAP price for the new 50W ReefLED is $219.00 and both versions of the mounting arms are $40.00 per arm. Red Sea will begin shipping the new lights and tank mounts to authorized dealers on July 17th.