Trending
You are at:Home»General»AquaNerd Welcomes Slide-Loc to the family as our latest sponsor

We are proud to have Ryan Snodgrass, the owner and fabricator of Slide-Loc aquarium products as a sponsor on our aquarium blog. We have been working as a dealer/distributor  with Slide-Loc for close to a year now and his products are becoming very popular! Keep reading to learn more about Ryan and his rapidly growing business.

About Slide-Loc
Slide-Loc has been rapidly evolving the common and industry-first products through its founder Ryan Snodgrass & his patent pending Slide-Loc technology. A life long hobbyist of over 20 years he got his start working for the Minnesota Department of Natural Resources and Minnesota pollution control while being an active member in the local clubs of South Dakota, Missouri, as well as Minnesota. Ryan said “I owe all my success & joy in the hobby to individuals willing to mentor me as well as [clubs/forums] who foster education. I only hope I’ve returned the favor” and wants to encourage everyone to get involved in their clubs. 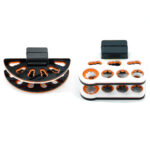 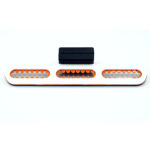 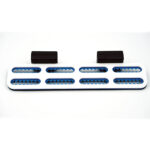 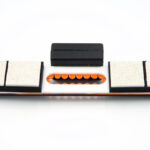 Slide-Loc was formally founded in 2020 with an original intent to bring awareness to his local club in Minnesota “TCMAS” where he served as President. Following that time has released a steady stream of new products designed to push the envelope of usability and quality. “I love seeing the inventiveness in the saltwater community, a passion to serve locally, and lend a hand. I aim to bring products I can be proud of and are purpose built with my first hand experience.”

On the list of products available, their large Slide-Loc mag-racks have proven popular for their flexibility in coral placement as well as strength of magnets. He’s most proud of their carrying cases which offer insulation, flexibility in placement, and the ability to reduce single use plastics. Granted we think the probe holders are a pretty close runner up!

What’s next for Slide-Loc? They just released an industry first with the tile adapter “Tile-Loc”, designed to securely hold square and round stemless tiles. Aimed at those wanting to avoid critters pushing tiles off of racks or placing coral on the bottom. But when asked about what hasn’t been discussed he just smiled and said “wouldn’t it be great to service your reactors, chambers, dosing containers, etc. in seconds?” but wouldn’t divulge more. I guess we’ll have to wait until later this fall to see what’s in store.
Share. Twitter Facebook Google+ Pinterest LinkedIn Tumblr Email