The Reefer tanks were recently on sale and now we know why. RedSea was making room in preparation for the launch of their second generation lineup.

The G2 series features a revamp of all the Reefer series models including the newer Reefer S Series aquariums. Each model is available in a black or a pearl white finish. REEFER G2 systems come with a new and improved water management system, extra-fortified cabinets and aquariums, ReefMat & refugium ready sumps. Also they are offering an optional extended 5 year warranty plan which was not available on the previous iterations. 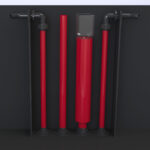 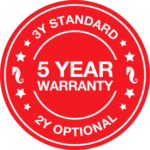 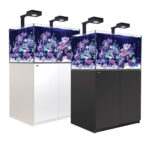 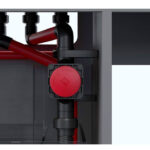 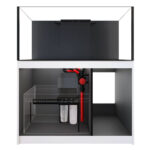 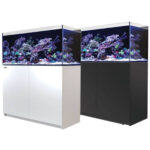 It appears that all of the models are now available in the US except for the S Series models and they are listed on Red Sea’s site as coming soon. To learn all the ins and outs, we suggest you checkout the Red Sea website. They even have a reef wizard tool where you can build your setup. They also have an AR (augmented reality) tool to help you envision the tank where you plan to place the aquarium.

All of the models are being added to our retail site and the category is located here at AquariumSpecialty.com. We should have the category fully completed tomorrow.