Trending
You are at:Home»News»2022 MASNA Aquarist of the Year Recipients Announced

The announcement for the 2022 MASNA Aquarists of the year was just announced today and we are pleased to be able to share the news. This year 2 awards were made and the winners are, Michael Paletta from Pennsylvania and Alyssa Gabriel from Maryland.

Michael Paletta is a very well known hobbyist, author, speaker. Throughout the past 40 years, Michael has devoted his time and knowledge to educate all interested in the aquarium hobby. Michael Paletta’s love for fish developed when he was a child before progressing onto marine and reef tanks in the 1980’s. He first attempted to keep corals after sourcing his first reef by German Author Jurgen Lemkemeyer. After some back and forth translations, Michael and Jurgen started a wonderful friendship, sharing knowledge on their trials and errors. Michael and Jurgen had the same goal of passing on their knowledge and assisting fellow hobbyists.

What followed is an accumulation of 40 years educating hobbyists via 350+ articles on reef tanks, marine fish and invertebrates. Michael has been published in many magazines including Coral Magazine, Aquarium Fish Magazine, SeaScope, Practical Fishkeeping, Aquarium Frontiers, Freshwater and Marine Aquariums, UltraMarines, ReefBuilders and Reef2Reef. He has enjoyed speaking at over 300 marine societies, national conferences, Zoom call and radio shows globally. Michael has published 2 books, titled “The New Marine Aquarium” and “Ultimate Aquariums”, which focus on simplifying marine fish keeping for beginners, and the advancement of the hobby.

Outside of his day job, where Michael worked in marketing, sale and research oncology, Michael has aided in the set-up of over 200 tanks throughout the USA, with several over 2,000 gallons in capacity. He has also consulted for various companies. Michael currently maintains a 500-gallon spa dominated tank, two 120-gallon tanks, (one soft coral sunlit tank and the other a spa non-acropora tank, a 90-gallon propagation tank and a 40-gallon lps dominated tank. These tanks enable him to keep numerous types of corals, whilst running tests to learn what conditions as most suitable. He is currently working on the factors that cause tissue necrosis in corals and ho to cure it on a tank wide basis. Back in the 80’s Michale and fellow hobbyists never expected the hobby to be hat it is today. Due to the copious amount of information to learn and share, and despite his experience, Michael classifies himself to be a beginner in the hobby. Over the past 40 years it has been Michael’s goal to make this a very complex hobby assessable to all intrigued. Other than his family, it is his one true passion which has enabled him to meet the great life long friends.

MASNA is also excited to announce Alyssa Gabriel of Maryland, USA, as the 2022 MASNA Aquarist of the Year in recognition of her success in seahorse aquaculture. Alyssa has successfully reared over 10 varieties of seahorses since 2014 after noticing a lack in quality stock availability. 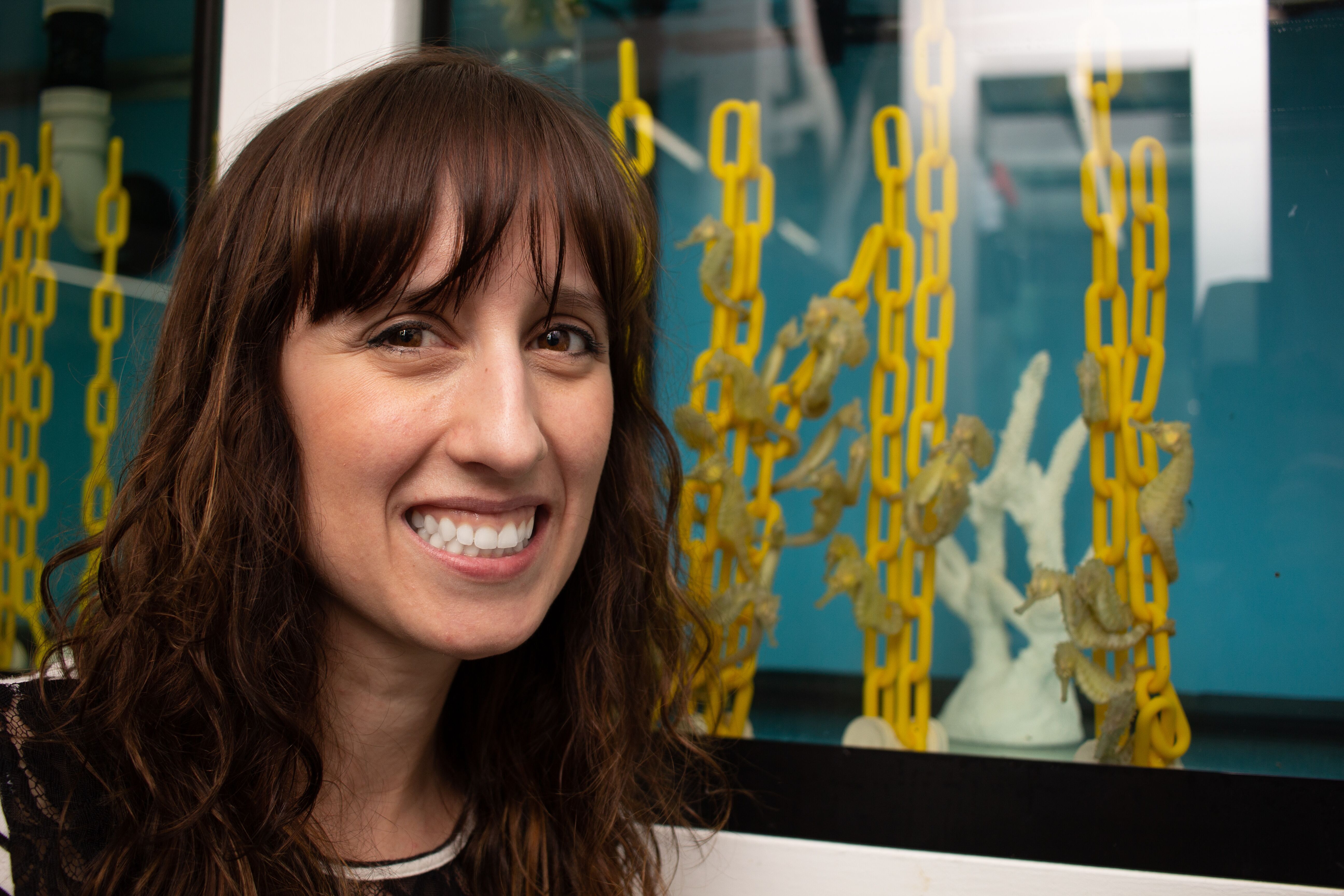 Alyssa is the founder and owner of Seahorse Savvy LLC, a Maryland based seahorse farm and hatchery established in 2014. Alyssa and her team are working on the propagation of captive bred seahorses and other Syngnathid species. Her interest sparked in high school where she began her first aquarium, she then went on to complete her B.S majoring in Biology at Sailsbury University.

Initially, Alyssa worked in coral propagation for the aquarium market at Pacific East Aquaculture before she went on to being a laboratory technician at the Smithsonian Environmental Research Center’s Water Chemistry Laboratory.  Through knowledge accumulated via both her hobby and professional setting, Alyssa found the gap in seahorse and pipefish aquaculture – the availability of quality stock. Despite being one of the first marine fish to be bred in captivity, many are sold prematurely (small sized), wild collected or net-raised – factors not favorable to the average keeper. 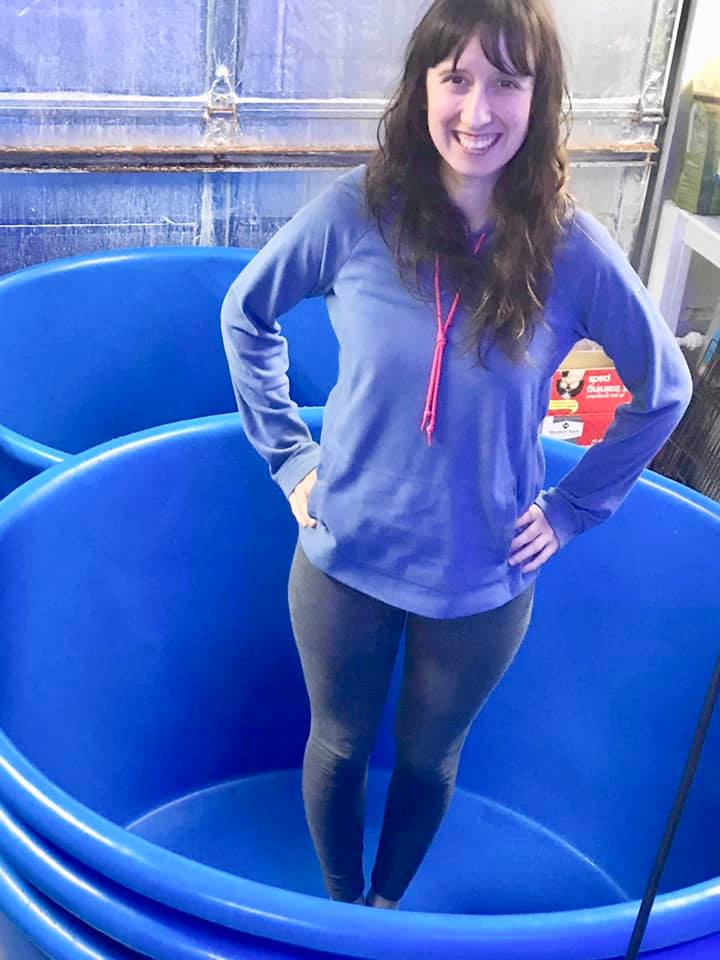 Since 2014 the company has grown fourfold, having maxed out the current space and prompting the construction of a new state of the art facility. Her current facility will be utilized for production and broodstock, whilst the new facility will be used for both the juvenile and fry grow-out. With both facilities totalling 7000 gallons of production space, Alyssa is able to produce a fivefold yield, with this capacity she aims to propagate another 10 varieties of seahorses and pipefish and continue being one of the largest producers of captive bred seahorses in the US.

Alyssa has refined the aquaculture of seahorses by developing new aquaculture techniques. Many of the rearing methods used are applicable for other fish species as well. These include developing in-house protocol for Artemia enrichment, innovative fry rearing systems which maximize survival rates, designs for optimizing biosecurity and system design to optimize breeding success.

Alyssa aims to continue expanding her propagated varieties, while producing high quality animals. She places a high importance on sharing her knowledge, stemming not only from her passion as a hobbyist, but her success with Seahorse Savvy LLC for generations to come.