Trending
You are at:Home»General»Reflecting Back on 2009

As the year comes to a close, I would like to briefly review all of the exciting events that occurred. For starters, the AquaNerd community was established. Just 8 months ago, we started the AquaNerd Blog, which quickly grew and was revamped to include a better looking website and its very own forum. We had several Tank of the Month contests sponsored by a handful of different companies and we’ve received several awards and recognitions for our accomplishments. In the rest of the aquarium industry, so much more happened this year. 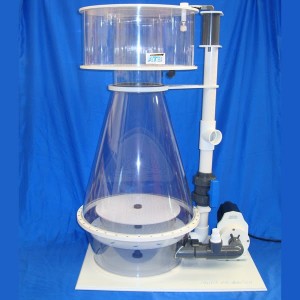 Some people may refer to 2009 as the year of the cone skimmer, but I feel it’s more the year of the LED. LED lighting has exploded onto the aquarium illumination scene in 2009 and has no signs of slowing down. From Cree lighting advancements to T5HO, Metal Halide, and LED combination fixtures from IceCap Inc., the LED has made its mark and is here to stay. The cone shaped skimmers did capture a large portion of the market and aquarium related news, but I personally feel the LED’s will make a much larger impact in the years to come.

2009 has also seen other really nice products such as the Reefkeeper Elite and Aquacontroller Apex aquarium controllers, the new Fluval canister filters, twin arc metal halide lamps, and last but not least, the Vortech MP10. Even the rimless aquarium gained tremendous popularity in 2009. In addition to new products, a couple companies released new livestock. ORA released a lot of new fish and corals, including the new ORA Platinum Picasso Clownfish. The McCulloch’s Clownfish at LiveAquaria mated and the fry were successfully hatched and raised. The juvenile McCulloch’s clowns are rumored to be released to the public some time in 2010. Obviously these are just a small sampling of all the newly released products, but these are certainly the first to come to mind for many people. 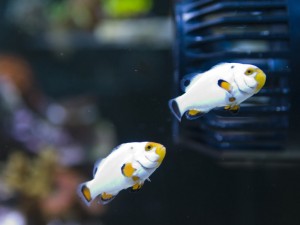 This year wasn’t without its controversies. PFO, an aquarium lighting manufacturer, filed for bankruptcy all the while fighting an intense legal battle with Orbitec over the use of LED lighting over aquariums. There was an uproar between aquarium guru’s Bob Fenner and Anthony Calfo when Calfo apparently created a new edition of a book both he and Fenner originally co-authored. The new book was filled with advertisements and various other things that helped intensify the fight between the two. Additionally, the recently introduced lionfish populations in the Caribbean and Atlantic waters exploded and has continued to grow with no predators in the area to keep their populations in check.

Though more happened in 2009 than we can write about, these are the things that stand out most to us here at AquaNerd. Next year will be very exciting for the AquaNerd community. We have some big surprises in store that can’t be discussed at the moment, but in time they will be revealed.