Trending
You are at:Home»Aquarium Clubs»ATB Skimmers No Longer on ReefCentral 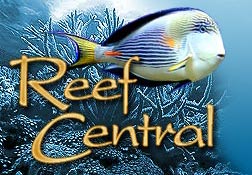 It appears that another big name sponsor is leaving ReefCentral. ATB Skimmers, the guys who are notorious for their awesome cone shaped skimmers, have officially pulled their advertising from RC. There’s no indication of foul play or someone getting mad at someone else (at least not yet), but it simply appears that the price for advertising outweighed the benefits.

There has been some speculation that RC is jacking up the prices and running people off, but I feel it has more to do with the still lagging economy and the fact that the saltwater aquarium hobby isn’t a primary concern for struggling families. But the economy continues to take its toll on forum advertising, and so far four big names have pulled out of ReefCentral in recent months. We no longer see names like Seachem, Salifert, Warner Marine, and most recently ATB. We wish all of the vendors the best and hope that they can continue to support our hobby and the aquarium websites we are addicted to.