Trending
You are at:Home»Aquarium Equipment»Sapphire Aquatics Going Out of Business 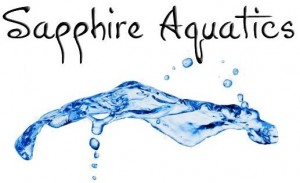 More sad news from the business side of the aquarium hobby. Sapphire Aquatics, the acrylic products manufacturer that specialized in protein skimmers for nano aquariums, is shutting its doors. 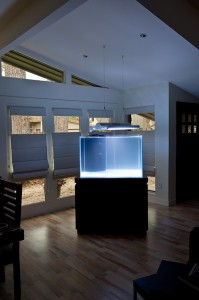 Sapphire Aquatics, a Houston-based company, filled a niche that other companies seemingly overlooked. They started off building protein skimmers designed to fit in the rear chambers of nano aquariums like the JBJ Nano Cube, Oceanic Biocube, and Current USA Solana. Nano aquarists jumped on these products and Sapphire Aquatics became pretty popular for that audience. However, trouble eventually found the small company. A few years ago, Sapphire temporarily shut their doors due to a divorce from what I remember. But the owner couldn’t stay away for long and the company quickly bounced back in late 2008. The owner purchased a CNC machine and starting back to work building their popular Sapphire skimmers. A few additions were even added to the lineup. Custom sumps, skimmers for larger systems, and even glass aquariums joined the Sapphire product line.

Things were going great for the last year or so. There were the occasional grumblings of a malfunctioning CNC machine, but with local aquarists raving about Sapphire Aquatics, everything seemed to be fine. Then, out of the blue, members of the Marine Aquarium and Reef Society of Houston (or MARSHReef) noticed there was no more Sapphire Aquatics forum and the banner ads were removed. A few people overlooked this, but others caught on and started asking questions. I too had my concerns as I knew the owner of Sapphire Aquatics and was going to buy a custom sump from him. I sort of ignored the loss of the forum and advertisements, recalling that Sapphire was leaning more toward selling to fish stores and not to individuals, but I couldn’t ignore the post that one MARSH member made.

The member, to remain nameless, told the club that he had contacted the owner and was told that the business was closing. I then contacted a few other members to verify what the club was told and it was confirmed. Sapphire Aquatics was closing down. The only reason I have heard as to why the business would close is that the owner just didn’t handle it well. It’s purely speculation at this point. But apparently the owner didn’t have someone to perform the customer service side of the business. Instead, he took everything on himself and eventually it became overwhelming. So, tiring of the headache, the owner decided to walk away from it. Again, this is purely speculative and could be inaccurate.

This sounds to me like a personal issue that leaves the door open for a return of Sapphire Aquatics. It’s not the greatest thing when business close, but in this case a little time off from the stress might be invigorating for the owner. And perhaps he’ll jump back into skimmer making in a short time.

Another member of MARSH has generously let us use some pictures of his gorgeous 130-gallon rimless cube aquarium built by Sapphire Aquatics for this article. As you can tell from the photos, the tank was well thought out and the quality is amazing. The overflow box for the aquarium has two special sections where the dry side of an EcoTech Vortech pump can sit without getting wet. An ingenious design to say the least.